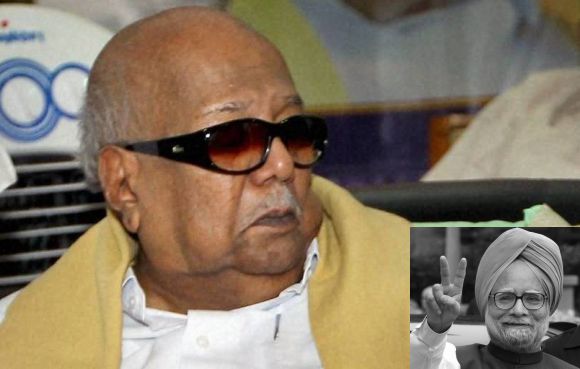 Renu Mittal reports on how the United Progressive Alliance government is walking the tight-rope over the Sri Lankan Tamils issue.

A fresh crisis is brewing for the UPA government with coalition ally Dravida Munnetra Kazhagam threatening to vote out Chidambaram's budget and withdraw support to the government if India does not support the United States resolution in the United Nations that proposes sanctions against Sri Lanka for human rights violations.

DMK chief M Karunanidhi has already taken Foreign Affairs Minister Salman Khurshid to task over the matter, saying that the government was taking a pro-Sri Lanka stance, which was totally unacceptable to his party and the people of Tamil Nadu.

The issue has become an emotive one in Tamil Nadu with all political parties keen to take on Sri Lanka and speak up for the Tamil-speaking people in that country. 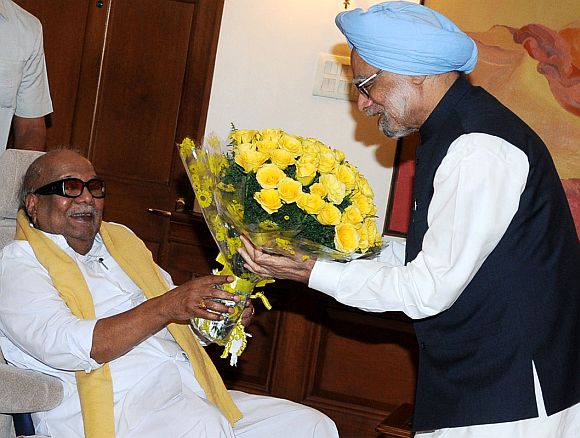 The US resolution comes up for voting in the UN on March 22, the day Parliament goes in for a month-long break.

So there is no danger of Parliament being disrupted, but DMK sources say that the leadership is taking a considered view of the situation with some quarters of the party advocating that the Tamil issue may be the best excuse to break ranks with the Congress-led UPA.

A senior DMK parliamentarian said that if the party feels that the Congress is losing the 2014 Lok Sabha election, it would be better to break up much earlier.

It may be recalled that in the December before the May 2004 general elections, the DMK had broken its ties with the Bharatiya Janata Party-led National Democratic Alliance and became a part of the UPA. That was the time when most political parties and pundits were sure that the BJP was returning to power on the feel-good factor. But obviously the DMK knew better than most about what was happening.

While the UPA government is in a fix on what to do and how to handle the issue, official sources say that the coalition may be finally be left with no option but to go along with the US resolution. 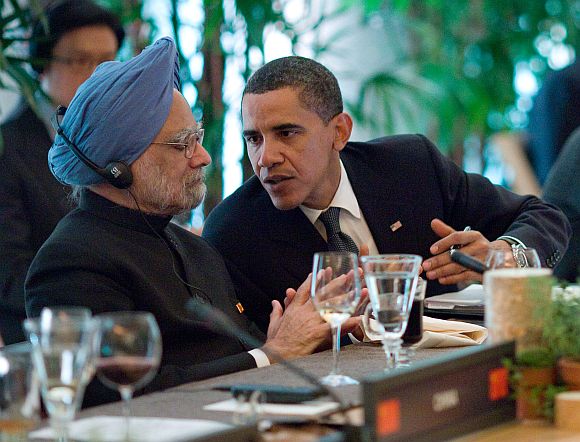 The issue is whether India can either be seen as bringing on sanctions against a neighbour with whom it has good relations or be seen as a US "follower".

The other option is to oppose the US resolution, which will bring the DMK on a war path particularly when the government needs to pass the Budget.

Secondly, it would be a kind of political suicide in Tamil Nadu for the Congress where it has ambitions of standing on its own feet.

Discussions are on within the government on how to handle the situation, with sources saying that New Delhi would also try and persuade the US to dilute its resolution and change the language substantially.

The third option is to abstain but that, say political leaders, would not help the Congress as the DMK would be unhappy and the Congress would not gain any political capital out of it, particularly in Tamil Nadu.