With the Congress having announced is decision not to field anyone for the forthcoming Kannauj Lok Sabha bye-election, the Bahujan Samaj Party following course and a reluctant Bhartiya Janata Party still struggling to step into the fray, the seat is clearly available for Samajwadi Party's Dimple Yadav on a platter.

As of now, no mainstream political party is in the fray for what could have otherwise been a battle royale with the charismatic wife of all powerful Uttar Pradesh Chief Minister Akhilesh Yadav, who vacated the Kannauj parliamentary seat to become a member of the state legislature.

Other than Dimple, the four candidates in the fray were either independents or belonged to innocuous political outfits, which leaves the arena free for her to don the crown virtually unopposed.

While it was quite natural for Akhilesh to have someone really close to hold on to the Kannauj seat -- so that it could remain a pocket borough -- the decision of different political outfits to keep out of the fray was apparently guided by their own weakness. 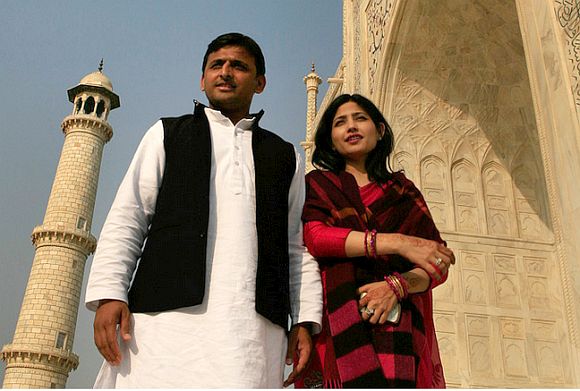 Sure enough, none of the key political parties could muster the courage to take on the ruling SP in the family bastion from where Akhilesh had himself romped home three times. However, each of the parties had their own alibi for keeping out of the Kannauj contest.

The Congress leadership made it seem like a goodwill gesture towards SP, whose support is bound to be crucial for the all-important presidential poll. With Trinamool Congress supremo Mamata Banerjee turning into an increasingly unpredictable ally, the Congress is discreetly looking for viable alternatives.

Congress general secretary Digvijay Singh sought to publicly maintain that the decision to leave Kannauj uncontested was in continuation of the party's stand taken in 2009.

"In 2009, we had taken a formal decision not to contest Kannauj for five years. So we will remain out of the electoral fray until the next general election in 2014," Digvijay declared. 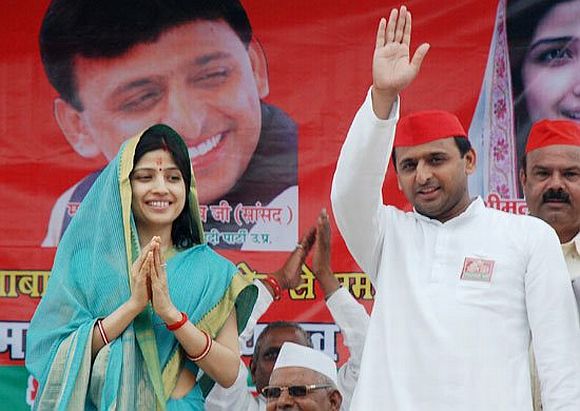 Notwithstanding the much touted claim, political analysts saw a trade-off between the Congress and SP even at that point of time, as the SP also announced its decision not to field anyone against both Congress President Sonia Gandhi and her son Rahul from Rae Bareli and Amethi respectively.

BJP remained caught in a cleft stick until the last date of nomination -- June 6. It was only under mounting pressure of party cadres that as late as on June 5, the party leadership resolved to name Jagdev Yadav as the party nominee.

Eventually, he was sent from the BJP headquarters in Lucknow at only around 10 am on June 6 with the result that he could not reach Kannauj before the 3 pm deadline for filing nominations.

However, when media persons confronted BJP state president Laxmi Kant Bajpai, he promptly came up with an alibi: "The SP workers staged road blocks to prevent Jagdev Yadav from reaching the Kannauj collectorate to file his nomination." He even sought to put up the same argument before the Election Commission while demanding the reopening of nominations. 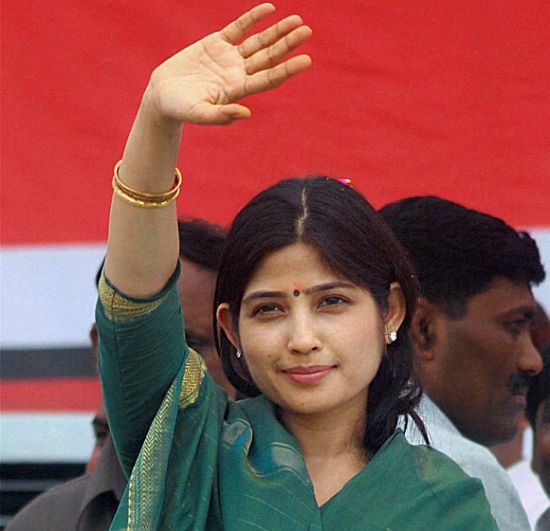 Evidently, all of it was nothing more than a melodrama staged essentially aimed at posturing when fact remained that the BJP was just not prepared to step into the Kannauj electoral fray because of the party's own frailties, which it does not want to confess.

Significantly, even the BSP seemed to be in no better position to test waters in the SP's political bastion. But in the absence of any plausible excuse, the BSP leadership on Wednesday issued a statement attributing all kinds of vague reasons for keeping out of the poll.

"The Samajwadi Party has let loose a reign of lawlessness. Crime is on the rise and there is no visible resemblance of any kind of development. The Samajwadi Party is only busy making false and hollow claims. Therefore, the BSP has decided not to contest the Kannauj bye-election," said the press release issued by the state unit of Mayawati's party.

With the decks absolutely clear for her virtually-unopposed victory, Dimple could really create history -- that would also drown the humiliation of her defeat at the hands of SP turncoat and Congress nominee Raj Babbar from Firozabad.