Sathya Sai Baba had not nominated a successor 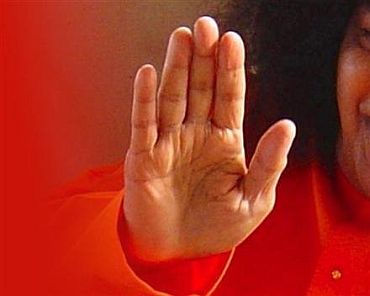 Ever since news of Sathya Sai Baba being critical in hospital emerged, many have wondered who would manage the Sathya Sai Central Trust in the time to come.

Although various reports have been published regarding this issue, the fact remains that Sathya Sai Baba, who was chairman of the trust, had not nominated a successor for the same.

As per the rules surrounding the Central Trust, only the founder trustee will have the power to remove, install or name a successor to the trust. However, during his life time Sathya Sai Baba had not made any mention of a successor; he only spoke about his reincarnation in the form of Prema Sai Baba.

However, Satyajit -- his personal caregiver -- could become part of the trust since the spiritual leader himself had last year stated so. 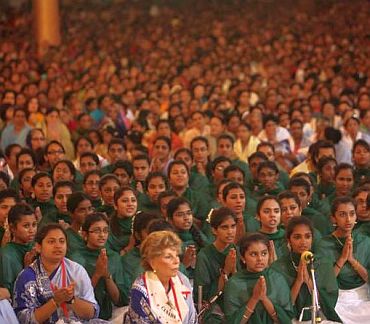 The Central Trust Deed, which was registered in September 1972 at the office of the Assistant Commissioner for Endowments in Ananthpur district in Andhra Pradesh, also does not find any mention of a successor.

As per this record, Sathya Sai Baba is the founder trustee and only he had the power to make any new appointments or even name a successor.

Another worry on hand is that Sathya Sai Baba, as the chairman, was the only person with the authority to sign cheques.

These are aspects, which have put the central trust in a dilemma.

Although the Andhra Pradesh government has made it clear that it will not take over the trust, legal experts say that it would be better if the government has a bit of a control over it.

The options that exist today 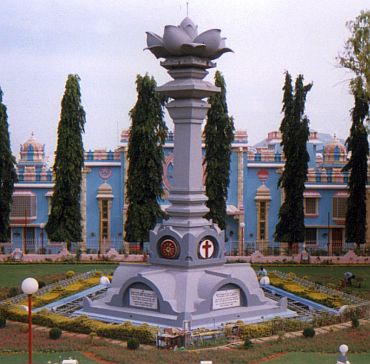 Going by the deed it appears to be very difficult for the trust to function in the absence of a successor.

Legal experts say there are only two ways to get out of the situation; either the government takes over the trust completely as they have the vested power in them or the trust should approach the court. The trust deed signed in the year 1972 can be overruled by either of the two.

However, now with the government indicating that it will have no role to play in the functioning of the Rs 40,000 crore empire of Sathya Sai Baba, the only option is to go before the court and obtain an order.

Another option is to ensure that no money comes into the central trust and hence a subsidiary trust would have to be created so that members of that trust have the power to sign out cheques.

Sources say that the state government would continue to keep a watch on the developments in the coming days. The government cannot just keep away since there are signs of cracks already in the trust.

Taking over control of this empire is a status issue 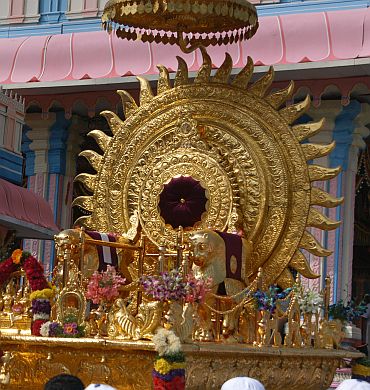 When the spiritual leader was admitted in the hospital and his condition was declared as critical, letters were written to the police alleging some misdoings by some trust members.

In addition to this, pamphlets were distributed at Puttaparthi with the same allegations.

Ratnakar, the spiritual leader's nephew who is the only family member in the trust, is said to be at logger heads with the rest of the members of the trust demanding a bigger role to play.

However, the other trust members say this cannot be an emotional affair and the trust should be managed by people with expertise.

This is not a good sign, the source says, adding that as long as Sathya Sai Baba was there, there was no room for such disputes. However, taking over control of this empire is a status issue and the man who does so will enjoy immense clout and power.