Sign in  |  Create a Rediffmail account
Rediff.com  » News » Only 35 years? 'David Headley has no right to live' 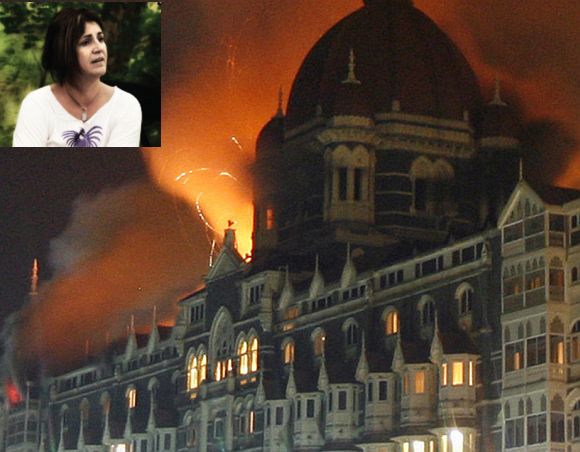 As David Headley appeared before the court for his sentence hearing, American victims of the Mumbai terror attack said it would be an outrage if he was let off with just a 35-year imprisonment for his involvement in the massacre of 2008.

Speaking on behalf of the victims, with Headley present inside the court room, a teary-eyed Linda Ragsdale, who was shot in the back by a gunman while dining at the Oberoi Trident, told a federal court in Chicago that Headley must be made to bear the consequences of what he did.

"I feel that the magnitude of the killing that took place (in Mumbai), David Headley has no right to live. He must bear the consequences of (what he did?)... this would be morale outrage if David Headley got only 35 years," said Ragsdale.

Ragsdale, who is a children's book author and illustrator, witnessed several people being killed, including the father daughter duo of Alan and Naomi Scherr who were travelling with her. Weeping in the court room as she described the events of the day, Ragsdale told Headley: "I do not know you. I know you only from the testimony you gave in this courtroom. I have no understanding of how you choose this path. Your path is not my concern and justice is not my concern".

The Pakistani-American LeT terrorist was sentenced to 35 years in jail by the court later.

Earlier, Ragsdale read out a statement from Andreina Varagona, another witness to the attack.

"[T]wo gunmen came running into the packed restaurant, bullets flying. I remember hearing screams and saw all of us sitting there, frozen with fear. 'Everyone get under the table now', I shouted on instinct," read Varagona's testimony.

Varagona was dining with the Scherrs, describing what happened on that fateful day. 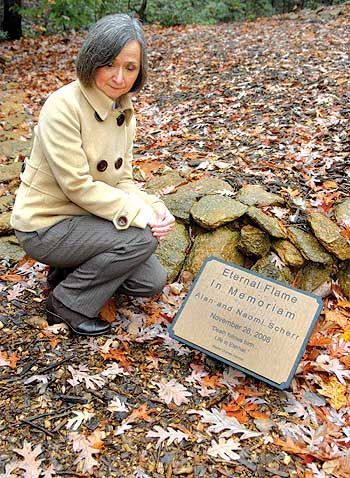 Image: Kia Scherr, who lost her husband and daughter in the 26/11 attacks
Photographs: Paresh Gandhi

"I had no idea who the gunmen were or why we under attack. All six of us dived down but Naomi was so scared -- she just kept screaming and screaming. Her dad, Alan, was desperately trying to calm her. Shots were ringing out as the gunmen peppered the restaurant with fire. 'We have to play dead', I said".

"But as I reached up to grab Alan's neck, I suddenly felt the warm spray of blood on my face and in my hair... Naomi's screams had stopped too and I saw her lying lifeless besides him. They'd both been shot dead," Scherr said quoting Varagona.

Lashkar-e-Tayiba terrorists, who entered Mumbai through the sea route from Pakistan, gunned down Alan Scherr and his 13-year-old daughter, Naomi at the Oberoi hotel.

Scherr was a university professor and worked with the Synchronicity Foundation, a spiritual organisation. Scherr and Naomi lived in Virginia, where Naomi was a high-achieving student who was home-schooled.

The Scherrs travelled to India on a spiritual pilgrimage in November 2008 with approximately 20 other people. They were killed while eating in the first-floor cafe of the Oberoi Hotel and four other members of their group were injured.