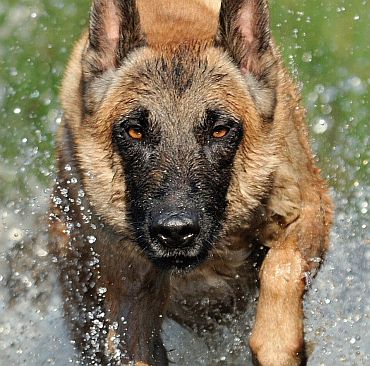 Cousins of the special breed canines, which assisted the elite US Navy SEALs in sniffing out Osama bin Laden from his safe haven in Pakistan, will now help Indian security forces in 'find and fix' anti-Naxal operations in dense forests and difficult terrains.

The imported dogs, a specialised breed of the Belgian shepherds, also called 'Malinois', are reported to be the ones which assisted the special US assault team during the operation in the garrison town of Abbottabad where the special forces lowered themselves from helicopters to storm the Al Qaeda leader's lair.

"This is the first time that police and Central security forces will be using canines in operations in the Naxal hotbeds of the country -- a practice in line with the Israeli and NATO forces operating in Afghanistan and other places. They find the target, which can either be a suspect human or landmine, and alert their handlers thereby fixing the unwanted element," a senior security officer involved in the training of these sniffers said. 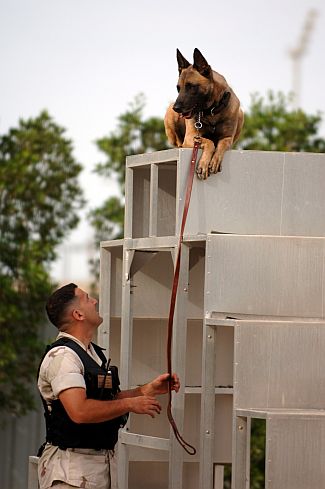 The breed that is being trained for the Indian security forces is a litter of an Israeli male Malinois crossed with an American bitch.

These guard dogs will accompany police and CRPF patrols in the Maoist-affected areas where previous patrols have been caught off guard and have suffered casualties because of hidden landmines and surprise ambushes of the Naxal cadres.

The first batch of about seven dogs, imported last year, have been trained by the specialised trainers of the paramilitary Indo-Tibetan Border Police (ITBP) in the rough terrains of the Karnataka-Andhra Pradesh border.

The ITBP has a world-class facility near Chandigarh for training dogs for Central security forces and police. 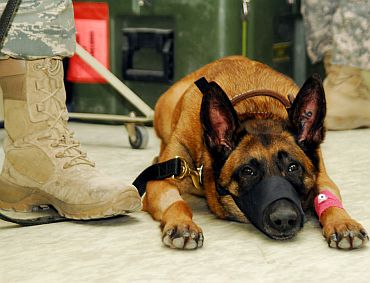 The Malinois has the best combination of sharp smell, endurance, speed, intelligence and adaptability to the harsh Indian climate and have a remarkable ability to sniff out IEDs and deep hidden landmines, thereby saving the lives of many troops, the officer said.

The dogs, in the later stage, could also be made to wear infra-red night sight cameras on their bodies to undertake reconnaissance missions, the officer said.

General David Petraeus, Commander of US forces in Afghanistan, has in the past hailed the capabilities of the dogs, describing them as highly reliable and totally irreplaceable. 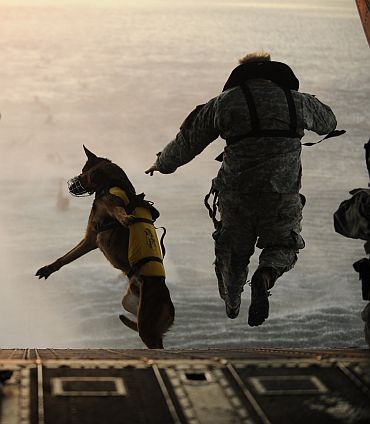 "The capability they (the dogs) bring to the fight cannot be replicated by man or machine," Petraeus had said.

The US military is reported to have taken the services of dogs since the Civil War days. Currently, the US Army has an estimated 2,800 dogs working to detect IEDs and helping soldiers out on the battlefields.

In Chhattisgarh and Jharkhand, forces like CRPF, BSF and ITBP have had more than 300 casualties last year in Maoist attacks owing to IED blasts or Naxal ambushes.

"A police dog is an essential component of a strike squad. This part was missing in the Naxal theatre of operations. These dogs will be able to avert major casualties and ambushes by giving early signals to their masters," a senior officer at the joint headquarters of Naxal operations at Raipur in Chhattisgarh said.