Cornered IM can still hit back with a vengeance 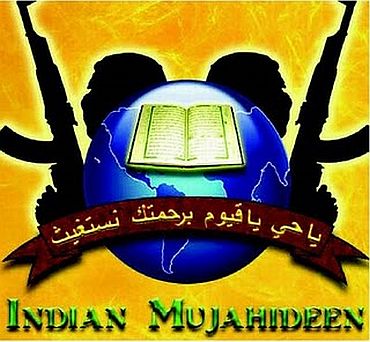 "Here we are back -- the Mujahideen of India -- the terrorists on the disbelievers -- the radicals of Islam -- after our triumphant and successful assault at Jaipur, once again calling you all, who disbelieve in Allah and His Messenger Muhammad to accept Islam and bear witness that there is none to be worshipped except Allah, and that Muhammad is the Messenger of Allah. Accept Islam and save yourselves."

This was just one of the mails that was sent out by the Indian Mujahideen prior to the deadly blasts in Ahmedabad in 2008 which killed 56 people, injuring 200 others.

On Thursday, the Indian Mujahideen, probably one of India's deadliest home grown terror outfits, was banned and slapped sanctions by the United States of America.

It also has been designated as a Foreign Terror Outfit since it maintains close links with the Lashkar-e-Tayiba and other Pakistan-based terror outfits.

The Indian Mujahideen was designed in a manner to carry out attacks on Indian soil and more importantly all its cadres were of Indian origin.

It was a perfect ploy by Pakistani spy agency Inter Services Intelligence to ensure that terror attacks continued unabated in India without a finger being pointed at that country.

US order proves that IM has direct links with Pak groups 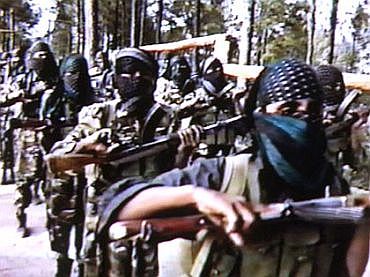 On Thursday, the Indian intelligence agencies and other police wings welcomed the decision by the US to designate the IM as a FTO.

It is an extremely important decision since today the top leadership of the IM is not in India. Riyaz Bhatkal, Yaseen Bhatkal, Amir Reza Khan (only one of Pakistan origin), Abdus Subhan, Assadullah Akthar and a few others are all out of the country.

The Indian agencies were finding it extremely difficult to apprehend these persons thanks to international laws; but with the US slapping sanctions, the job becomes easier.

"There are a large number of the IM operatives who are settled in the Gulf and this move by the US would make it easier to bring them down to India. However, a concern that would always remain is regarding some of the cadres who are at Pakistan, and no international law is good enough when it comes to dealing with that country," a source in the Intelligence Bureau points out.

The US move has also given Indian agencies another reason to smile about. Although the ISI had been claiming that the IM is an outfit born and brought up in India, the US order also makes it clear that this outfit has direct links with the Lashkar.

This only vindicates India's stand that any act of terror in India has the blessings of Pakistan-based outfits.

How the Indian Mujahideen was formed 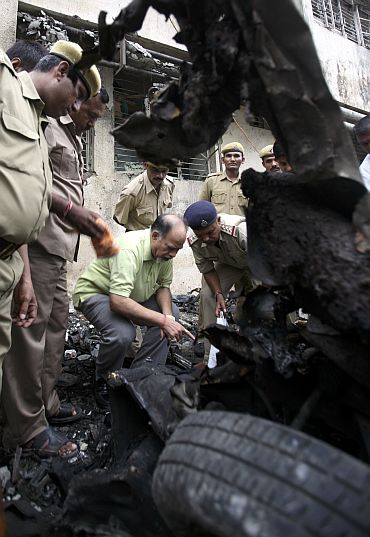 It is a well known fact that the Indian Mujahideen is just an off shoot of the banned Student's Islamic Movement of India.

In fact it could be termed as the radical SIMI. Almost its entire leadership was part of the SIMI at one point in time.

Abdus Subhan himself was a magazine editor when he was in SIMI. Riyaz too was connected with the SIMI as an activist before he decided to become part of the core committee of the IM.

The first time that the IM came to the limelight was during the court blasts at Uttar Pradesh in 2007. Although a mail was sent out claiming responsibility for the attacks, no one really took the IM seriously then.

However, what followed was a spate of attacks. The Jaipur blast in 2008 was the time when the IM actually made its entry into the big world of terror. A chilling mail which was sent out after the attack made everyone sit up and take notice of this outfit.

After this there were a series of attacks and the infamous operation 'Bangalore Ahmedabad Delhi' or 'Operation BAD' was carried out.

The mails that were sent out following those attacks only went to show the kind of arrogance that this group operated with. In fact the mails were more of a challenge and the mail during the Ahmedabad blasts was sent out five minutes prior to the blast.

Some in the IB say that it is this arrogance which did them in finally and today they find themselves on a very weak footing.

Apart from these, the Indian Mujahideen has also been instrumental behind the Geerman Bakery blast in Pune in 2010, attack on Jama Masjid in 2010 and the Varanasi blast in 2011. Investigators also feel that it was the same IM which carried out the triple blasts in Mumbai in July, 2011; however, their role haven't been verified yet.

Who are its leaders? 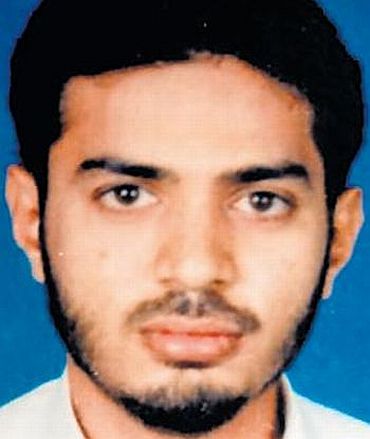 Amir Reza Khan of Pakistan, the only non Indian in the IM leadership, is considered to be the founder of the group. Originally from the Lashkar-e-Tayiba, he was a faithful commander and was later handed over the responsibility of setting up this outfit.

Safdar Nagori is another man associated with this outfit. Although he is credited with establishing the radical SIMI, it is said that the larger plan hatched by him was to be part of the IM. However, before the outfit could take shape, he was arrested.

Riyaz Bhatkal, who is still elusive, is one of the key members of the organisation. Hailing from the coastal Bhatkal town in Karnataka, he is said to be one of the first members of the outfit. Today, however, there is a lurking doubt whether he is alive or not. Although some gangster had claimed to have eliminated him, there is absolutely no confirmation whatsoever regarding his death.

Abdus Subhan was originally a magazine editor in the SIMI and later became a central figure of the outfit. He is said to have set up the technical cell of the IM which eventually hacked into unsecured wifi networks and sent out the terror mails. Although those who knew him say way too much has been made out of his capabilities, Indian agencies believe that he is a crucial character in the outfit. Today Subhan is said to be hiding in Pakistan.

Mansoor Peerbhouy remains under arrest. He however could be credited with setting up the technical wing under the guidance of Subhan. A techie, who worked with several reputed companies, Peerbhouy gave the police all the answers regarding the manner in which the IM mailing system worked after he was arrested.

How IM met its downfall 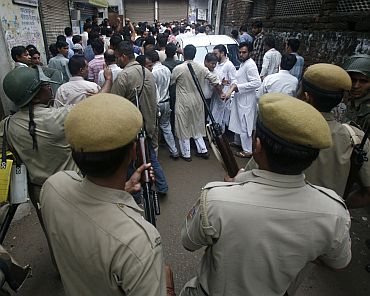 Basically what the IM did was to irk the police no end. All their mails and communication always took a dig at the police and the slogan was clear, "Catch us if you can."

The police did raise the bar, and if one notices the manner in which the IM has been handled in the past two years, one could say that they were hunted down.

The real turning point was, however, the Batla House encounter. In a major battle between the Delhi police and some boys alleged to be IM members, it was the police who had the final say. However, there is a great deal of controversy surrounding this encounter and many cry foul stating that it was fake.

While this was the downfall of the IM, some feel that this could be one of the biggest excuses on which they would plot their come back as well.

They are surely planning a comeback 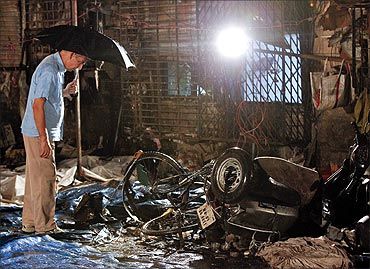 This is something that has been worrying agencies no end. There has been a slump for the moment, but the fact that the top leadership is still elusive gives out worrying signals.

The recruitment drive as of now is very slow. It is hard to say whether this is the correct picture or is it just a ploy to keep the heat at bay. Very slow movement has been witnessed especially in Uttar Pradesh, Kerala, Karnataka, Delhi and also Pune, sources in the IB say.

Although there is nothing significant the police are not taking chances. There are still several members who are out straying and they have been coming together and carrying out smaller attacks.

In addition to this, there are also several intercepts to show that the top IM leadership is very much in touch with groups such as the Lashkar and are planning a comeback. It may not happen anytime soon, but they will surely make an attempt, a police officer said.