'No difference between army, defence ministry'

A day prior to his retirement, Army Chief Gen V K Singh on Tuesday sought to downplay the controversies surrounding him, saying there is "no misunderstanding" between him and the defence ministry.

"There is no misunderstanding between the Ministry of Defence and us. The army is part of the government. We are one. Whatever we say is listened to.

"The procedures are there. Sometimes you probably think that things are getting delayed because nobody is listening. That is not true and that is not the case," he said in Pune addressing his last press conference ahead of his retirement on Wednesday.

Referring to Antony, he said, "We have a raksha mantri who is very clear headed in supporting the armed forces." 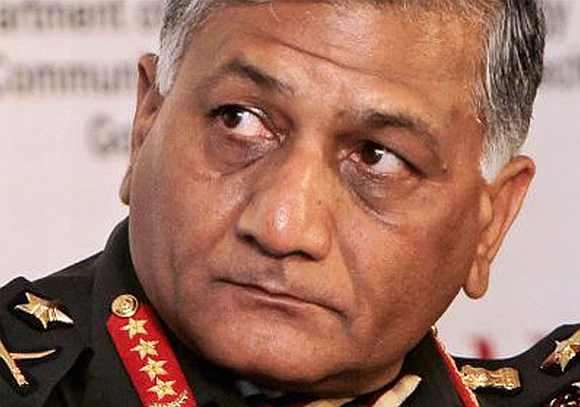 "This is not a forum to castigate him or do anything else. He is most welcome to slide into any depths that he wants to."

Tejinder Singh has denied all allegations made against him by the army chief.

'I want to be remembered as a soldier' 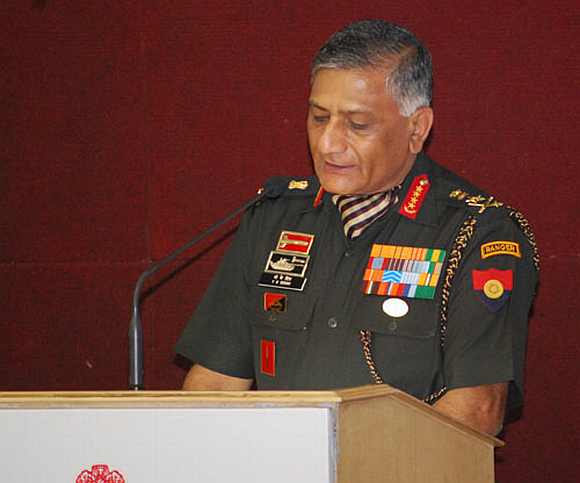 The army chief also said, "I am quite sure that a person who tries all that will automatically realise his follies."On issue of the leakage of his letter to Prime Minister Manmohan Singh on the army's preparedness, he said, "That letter is confidential. I don't want to discuss it." 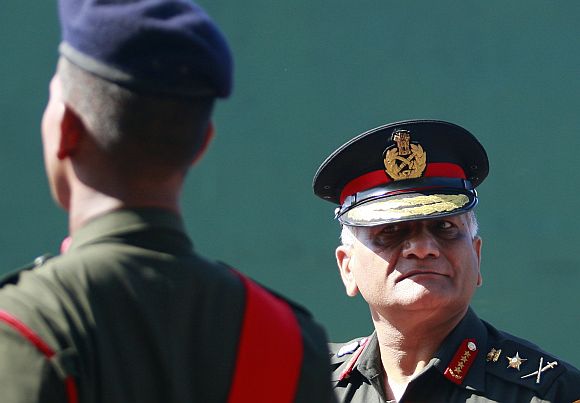 Stressing that the army is "apolitical", "absolutely secular" and "impartial", he maintained that the Army did what it stated. "This is not my army or anybody else's army. And asa nation, I think, we should be proud of our army."

On the issue of corruption, he said that every citizen of the country should fight against corruption. Quoting Mahatma Gandhi, he said, "Gandhiji had said that both doing andtolerating wrong is incorrect...We are together in this."On if he was considering joining the anti-graft movement after his retirement, he said that till he retired from the army, he would not talk about his post-retirement plans."For the last two-and-a-half years I have been working on my PhD and that will be my first priority."

On his ties with the defence ministry, Gen. Singh said, "I don't have any bad relations with the ministry. If some people allege this, then you ask them. Because from my side I am telling you that my relations are good."If things have not moved forward there has to be a reason for that. This question should be put to those people," he said.

On challenges and threats faced by the country, Gen Singh said the armed forces were prepared to deal with them. "It is not country specific. As a nation, we have certain challenges, certain threats. They are analysed. It is in nation's interest. I and others have contributed towards ensuring better preparedness. I feel good about it," he said, adding that the potential of all the three services will get stronger with advancement.We are not calling anyone enemy. We are looking only at our national interest and to do so, one has to strengthen defence services. That is what we are doing," he said.


'We need to modernise ourselves' 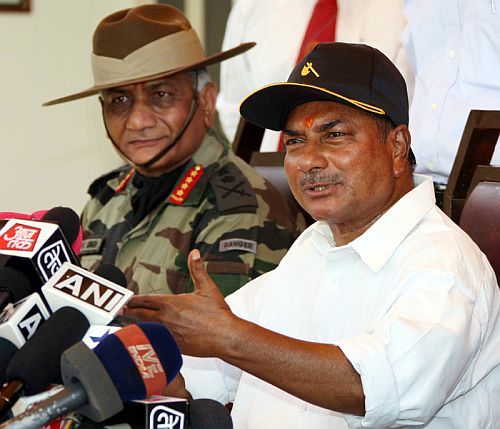 He said the greatest challenge was get out of the "old mode, change our mindset on which we are transforming and to move forward."

He said, "We need to modernise ourselves...to work in a network-centric joint services environment. And let me assure you that for our nation, there are two cardinal principles on which security perspectives are based--one is that we do not commit anybody else's territory and do not want to impose our ideology on anybody."

And, therefore, if we have to protect ourselves along the 15,000 km of land border, the Army assumes a very significant part in it. And, hence, there is a need for us in future to be ready to be relevant (and) to be able to ensure we can look after the interest of the nation," he said.

On whether he would be settling down in Pune after his retirement, he said, "I was born in Pune but I have not kept a place for me in Pune."On if he would be joining yoga guru Ramdev on campaign against black money, the army chief said, "I will think of such issues after June 1."