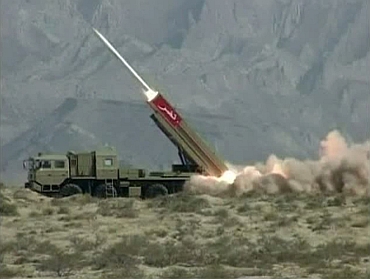 The spectre of Pakistan's nuclear weapons falling into the hands of terrorist organisations has once again come to the fore. Western commentators are calling for plans to secure or destroy the nuclear warheads in the event of a meltdown. It would be in India's interest to provide the maximum possible assistance for such a move, says Brigadier Gurmeet Kanwal (retd)

Pakistan is facing a grave internal security crisis as radical extremists are gradually gaining ground. The crisis is attributable to a large extent to the resurgence of Islamist fundamentalist forces and the army's inability to fight them effectively.

Consequently, the spectre of Pakistan's nuclear weapons falling into the hands of terrorist organisations has once again come to the fore. Western commentators are calling for contingency plans to physically secure or destroy the nuclear warheads in the event of a meltdown in the country.

An article published simultaneously in The Atlantic and National Journal recently highlights the dangers that Pakistan's nuclear weapons pose to the world at large and Pakistan's neighbours like India in particular, including to the US-ISAF forces stationed in Afghanistan.

Jeffrey Goldberg and Marc Ambinder, the authors of the article 'The Ally from Hell' (extrenal link), suggest that Pakistan is the likeliest place in the world for jihadi terrorists to acquire nuclear weapons as it "is an unstable and violent country located at the epicentre of global jihadism, and it has been the foremost supplier of nuclear technology to such rogue states as Iran and North Korea."

Quoting Graham Allison, an expert on nuclear weapons who directs the Belfer Centre for Science and International Affairs at Harvard, the authors state: "The first is a terrorist theft of a nuclear weapon, which they take to Mumbai or New York for a nuclear 9/11. The second is a transfer of a nuclear weapon to a state like Iran. The third is a takeover of nuclear weapons by a militant group during a period of instability or splintering of the state." This analysis is well conceived. 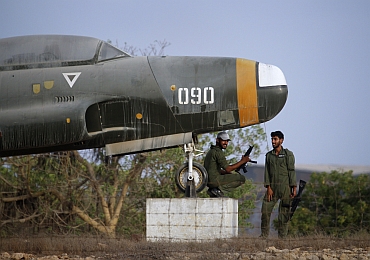 Islamist terrorists can gain possession of nuclear warheads by physically breaching the security ring around them, by subverting the personnel on guard duty or if they succeed in overthrowing the regime in power in Islamabad through a coup. The Pakistani military authorities are extremely concerned about such eventualities and have made elaborate arrangements to ensure that all their nuclear warheads are stored safely. They claim that carefully formulated personnel reliability policies and electronic safety mechanisms have been developed and incorporated by Pakistan's Nuclear Command Authority.

The Pakistani military establishment loses no opportunity to emphasise that as a responsible nuclear weapon state Pakistan has always attached great significance to the security of its strategic assets and that these assets are completely safe and secure under multi-layered security and command and control structures that are fully indigenous.
However, international intelligence agencies do not buy this argument as Pakistan's nuclear storage facilities have been targeted in a deliberate manner several times in the recent past.

According to Goldberg and Ambinder, "at least six facilities widely believed to be associated with Pakistan's nuclear programme have already been targeted by militants. In November 2007, a suicide bomber attacked a bus carrying workers to the Sargodha air base, which is believed to house nuclear weapons; the following month, a school bus was attacked outside Kamra air base, which may also serve as a nuclear storage site; in August 2008, Pakistani Taliban suicide bombers attacked what experts believe to be the country's main nuclear-weapons-assembly depot in Wah cantonment. If jihadists are looking to raid a nuclear facility, they have a wide selection of targets..."

Kayani believes US has designs on the Pak's nuclear programme 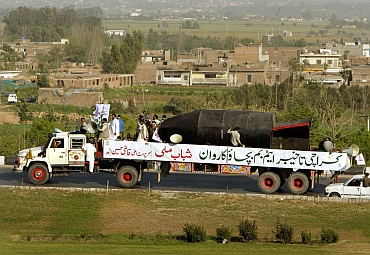 Also, it is not certain whether the Pakistani generals view the jihadi threat as the primary one. According to Goldberg and Ambinder, "General Kayani's worry, as expressed to General Kidwai after Abbottabad, was focused on the United States... General Kayani believes that the US has designs on the Pakistani nuclear programme, and that the Abbottabad raid suggested that the US has developed the technical means to stage simultaneous raids on Pakistan's nuclear facilities."

Pakistan's nuclear warheads are reported to be stored at up to 10 to 15 separate locations. There are also a large number of dummy locations. The warheads are being moved frequently to keep American satellites and spies from ascertaining their real locations. "Nuclear-weapons components are sometimes moved by helicopter and sometimes moved over roads. And instead of moving nuclear material in armoured, well-defended convoys, the SPD prefers to move material by subterfuge, in civilian-style vehicles without noticeable defences, in the regular flow of traffic. According to both Pakistani and American sources, vans with a modest security profile are sometimes the preferred conveyance."

Personnel selected for the security of the nuclear warheads are reported to belong to elite infantry battalions of the Pakistan Army. The possibility of any of these personnel being subverted is guarded against by counter-intelligence teams. Military regimes have very strong survival instincts and the SPD claims that hard-line radical elements are ruthlessly weeded out from the nuclear security detail.

The assassination of Governor Salman Taseer by his personal bodyguard and the insider help provided to the terrorists who attacked Mehran naval base have cast a long shadow over the SPD's ability to ensure that personnel reliability checks can be trusted. 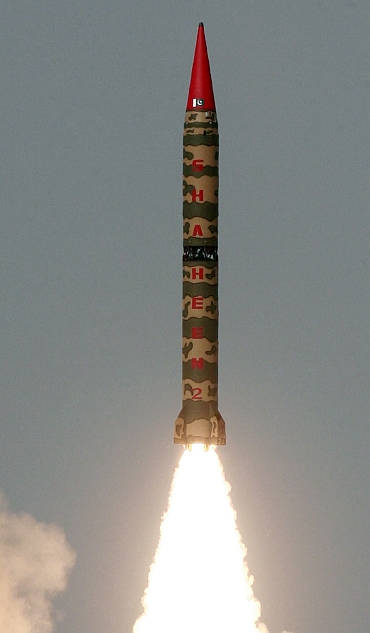 The delivery systems of Pakistan's Strategic Forces Command, comprising Chinese supplied M-11 and M-9 and the North Korean Nodong and Taepo Dong nuclear-capable surface-to-surface missiles and their launchers, are based at separate locations. These sites are well-dispersed to ensure that maximum warheads survive a conventional air attack during war. The storage sites also have air defence assets allotted to them to defend against attacks from the air. However, it is not known whether all of them are also well defended against possible commando raids.

However, the possibility that an Islamist fundamentalist organisation might overthrow the unstable civilian government with support from a large faction of the army presents a clear and present danger. In such an eventuality, the US and its allies may justifiably form another 'coalition of the willing' to seize maximum number of warheads in raids by Special Forces and bomb the remaining storage sites from the air to destroy the warheads.

It would be in India's interest to provide the maximum possible assistance that it can to support the US and possibly Israel to launch an operation to 'take out' Pakistan's nuclear warheads.