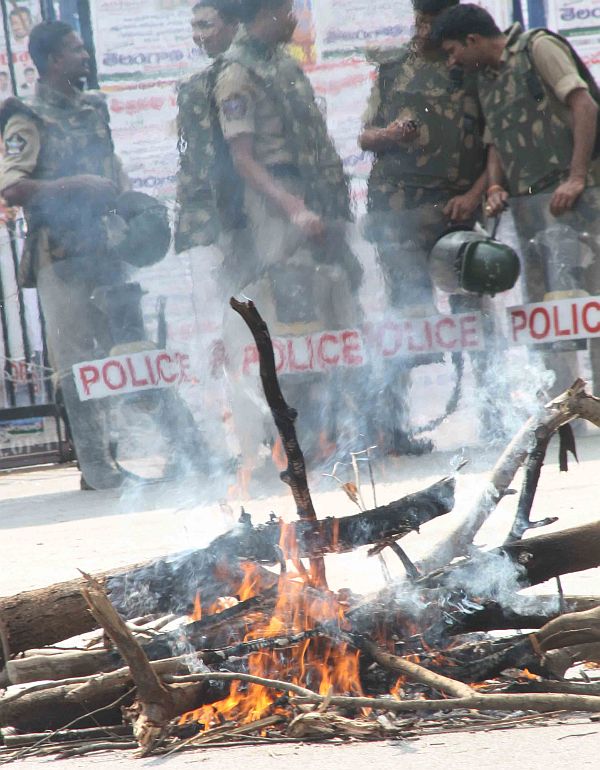 The second day of the 72-hour-long Seemandhra strike against Telangana state turned out to be more violent and tense as the police had to resort to firing in the air and use of tear gas shells and batons at many places.

In an indication of growing and systematic attacks against Congress leaders, houses and businesses of several ministers and other party leaders were targeted.

After Friday’s series of attacks on the properties of state Congress president Botsa Satyanarayana, his family remained under attack on Saturday in Vijayanagaram.

On Saturday, the mob tried to barge in to his house for second time and his brother Srinivas Rao’s house was also attacked and ransacked.

Equipments of his cable business were also destroyed. Police used 40 tear gas shells to disperse the mob. But when it did not work, police opened fire in the air. 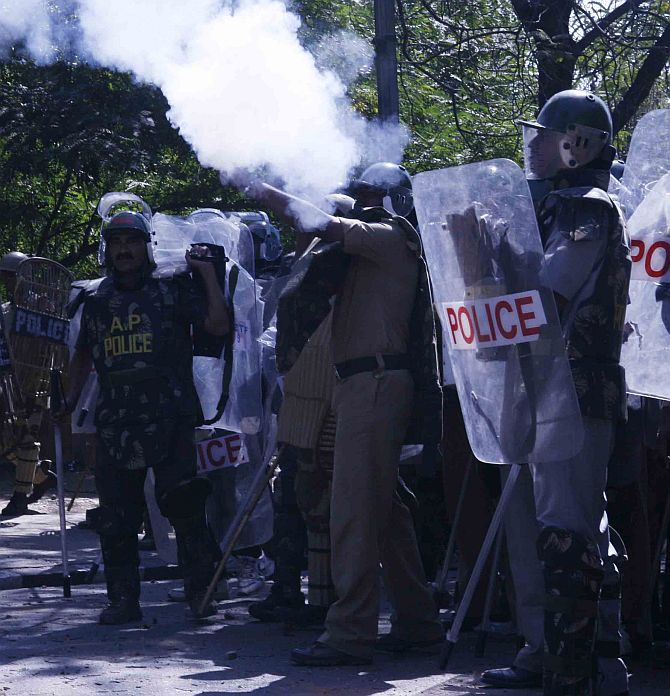 Stone were also pelted on Vijayanagaram District Collectorate forcing the police to cane-charge the mob. Houses of other ministers Anam Ramnarayana Reddy and Kanna Lakshminarayana were targeted in Nellore and Guntur district.

The normal life remained paralaysed in the entire region as agitators closed the national highways by making pyres of tyres and putting up other road blocks.

Meanwhile, Andhra Pradesh is staring at serious power blackout as employees of power utilities have decided to go on strike from Sunday morning.

Already several units of thermal power stations in Vijayawada, Nellore and Kadapa have tripped, bringing down the power generation by more than 2000 MW.

Officials have warned that any further tripping and reduction will affect the power supply to other states too. Some parts of Hyderabad city too went without power during the day.

Tirupati, which attracts a large number of devotees everyday, wore a deserted look as buses are not plying to the temple town in Chittoor district in view of the ongoing stir by APSRTC employees.