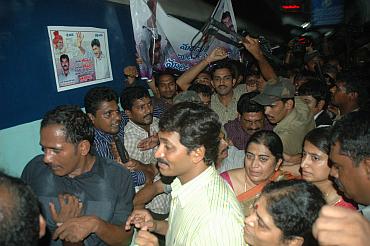 Vicky Nanjappa analyses the future of the Congress party in Andhra Pradesh in the aftermath of Jaganmohan Reddy's resignation.
It was a decision waiting to happen and finally Jagan Mohan Reddy, son of the dynamic Dr Y S Rajashekhara Reddy put in his papers and officially quit the Indian National Congress on Monday. There are many impacts to this decision taken by Jagan and political observers say that the Congress cannot take Jagan's resignation lightly since Andhra Pradesh where the party has its biggest support base which cannot be lost at any cost.

The first question that one would ask if Jagan will float a new party and the answer is an obvious yes. However it may be time before Jaganmohan Reddy floats a new party since he too has entered into wait and watch mode since he will need some activity within the Congress for him to even consider his next move.

Jagan's camp suggests that he will wait for two moves by the Congress- the cabinet reshuffle and the Congress' decision to cozy up to Chiranjeevi's Praja Rajyam Party. To build his party, Jagan will be looking for candidates from the Congress and he is well aware that these are two factors which will help him break the party and build his own team. Sources in his say that once the new cabinet is sworn in, there are obviously going to be people who are dejected and Jagan is expecting them to join him. Even the decision of the Congress to cozy up to the PRP would create dissidence within the party and these 'disgruntled' MLAs could join him. 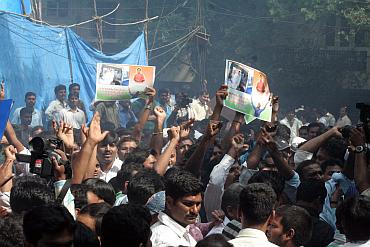 According to political observer, G V L Rao this is a major set back to the Congress and the party is well aware that Jagan is not just another challenger.

The Congress will have tread very carefully now since it would not want to lose Andhra Pradesh which has given it so many MPs and also such a strong state government. Jagan is not a factor that they would take lightly at all. Not only has he built a huge campaign around himself in AP, but he has managed to keep YSR's legacy alive. Normally a leader is forgotten in a year, but Jagan managed to keep his father's legacy alive and the late leader has a lot of sympathisers in Andhra Pradesh.

While trying to break away from the Congress, Jagan has not only managed to leave the party but has also made every attempt to portray the Congress leadership in very bad light and this would hurt the prospects of the party to a great extent.

Political observers in Andhra Pradesh however feel that he will not be break the Congress so easily as yet. He has managed to win the first battle, but drawing MLAs away from the Congress will not be that easy. Everyone thought that Jagan would wait for the high command to throw him out of the party so that he comes out looking like a matyr. However his sudden decision to quit was aimed at destabilizing the new Chief Minister, Kiran Kumar Reddy.

Kiran Kumar Reddy is believed to be able to quell Jagan's rebellion and by submitting his resignation, Jagan has ensured that he not given the new CM enough time to settle in. Now Reddy will focus on holding onto his MLAs instead of building his image in the party and trying to play down the Jagan mania.

Jagan's supporters will have to bide their time 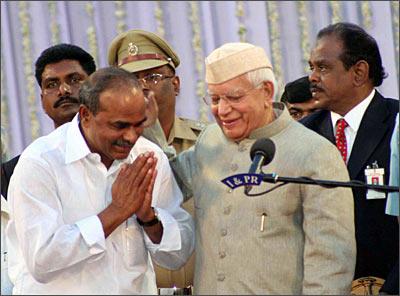 Since assembly elections are still three years away, splitting the Congress may not be a good idea. Although Jagan may try and make attempts to force a mid term poll, he too is aware that the AP assembly is a large one and pulling out a handful of MLAs would only attract the anti defection law which would mean these MLAs become useless and cannot contest for another 6 years, so it looks like Jagan would have to wait his turn.

The MLAs on the other hand would also have to weigh their options. An Odarpu yatra would not be sufficient for them to find out if Jagan has the capability of converting these supporters into voters. The MLA will wait for a build up and even Jagan's loyalists within the Congress would not come out of the party but will be very vocal in his support.

Jagan's supporters will have to play their cards very carefully since they would not want to lose their Congress membership as of now and also they would want to keep their options open. If they find that Jagan is converting the Congress vote bank into his own, then these MLAs would slowly cross over in order to keep their political prospects alive. 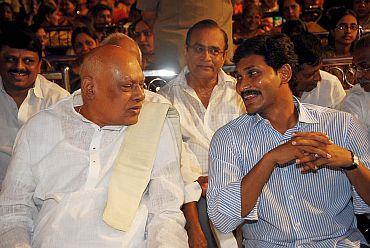 Image: Jagan with former Andhra CM K Rosaiah
Photographs: Rediff Archives
Political observers also don't feel that Jagan's resignation will have much of an impact on the Telangana issue.

The leader of the Telangana Students Movement, Dr Sangam Prithviraj feels that it is not as though the Congress did not know about Jagan's intentions. "It has all been weighed and the Congress was prepared for this. The Jagan factor will play no role in Telangana whatsoever since none of the Congress MLAs from the Telangana will not tow Jagan's line since any tie-up with him would ensure them of a loss of support in their constituencies. Jagan's statements have not gone down too well with the people of Telangana and he had to keep his yatra away from the Telangana region for this reason. The Congress MLAs from this region would stick to their party since they would not want to jump from the frying pan into the fire by going along with Jagan," Prithviraj said.

Rao however feels that the Congress has its task cut out. They would wait and watch how Jagan fares in the Andhra and Rayalseema regions, where he can expect support. There is a chance of of the Congress making Telangana their turf by making a big announcement, but that of course will be the last option since announcing statehood for Telangana would mean doom for their candidates in the Andhra and Rayalseema regions.

Jagan's primary agenda is to form his own party 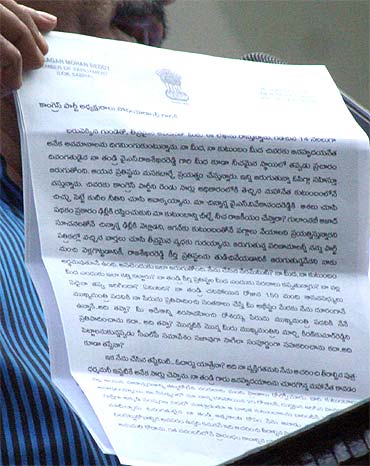 Image: A Jagan loyalist showcases his resignation letter to Sonia Gandhi to mediapersons in Hyderabad
Photographs: Snaps India
The leaders from Telangana also feel that there is no impact for them due to this resignation.

The Congress will not take any hasty decision on the basis of the large number of people that Jagan managed to gather during his Odarpu yatra since it is a known fact that the same people who attended this yatra had also attended the ralliesaddressed by Chiranjeevi and Chandra Babu Naidu.

However the developments will be interesting in the days to come, since Jagan's primary agenda would be to break the Congress and then form his own party