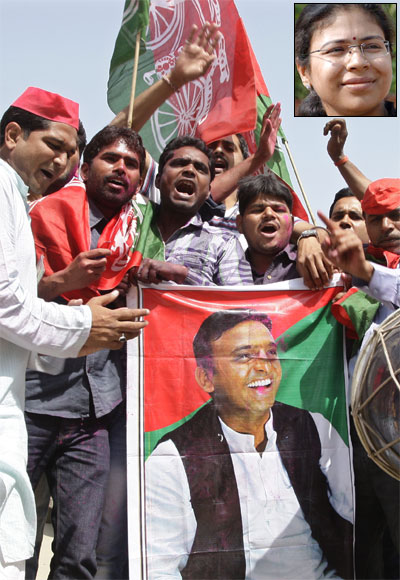 Akhilesh, if suspending Durga Shakti Nagpal is to woo Muslim voters for the 2014 election, then the same voters ask you a few questions -- dozens of communal riots have taken place in UP since you took over as chief minister, and not a single officer nor rioter has been punished. Why?

We were following the news of the brave crackdown launched against the sand-mining mafia of Noida, Uttar Pradesh by young lady IAS officer, Durga Shakti Nagpal, the Subdivisional Magistrate.

Some television news reports told us that this illegal mining, which poses a huge threat to our rivers and ecology, runs into Rs 1,000 crores (Rs 10 billion) approximately, of which Rs 200 crores (Rs 2 billion) go to the officers and a better amount goes to the politicians.

We may have seen this report with some doubt had the daring SDM not been put under suspension with amazing speed. A local leader of the ruling political party boasted that he was powerful enough to have got her suspended within 41 minutes.

Was he demonstrating his own political power or of the administrative efficiency of the Akhilesh-led government, or both? The local Congress leader is said to be equally active in communalising the issue. His stature and clout in the village of Kadalpur has increased ever since he took Rahul Gandhi on his motorcycle after the Bhatta-Parsaul incident.

The Indian Civil (now Administrative) Services was once called by then British prime minister Lloyd George as the 'Steel Frame'. After Independence, due to its degeneration in morality and efficiency, it was called the 'Aluminium Frame'. Then as it began to be perceived as even more compromised, for kow-towing before the political executives, it earned the disrsepute of being called the 'Rubber Frame'.

But still, there is a small segment of upright officers upon whom the nation looks with re-assurance, hope and trust.

Durga Shakti Nagpal began her career recently and bravely showed her capability by going ahead with her crackdown on the sand mafia. By the time people watching the news started taking pride in the integrity and confidence of the officer, they received the shocking news of her suspension.

Besides distributing laptops, what else have you delivered? 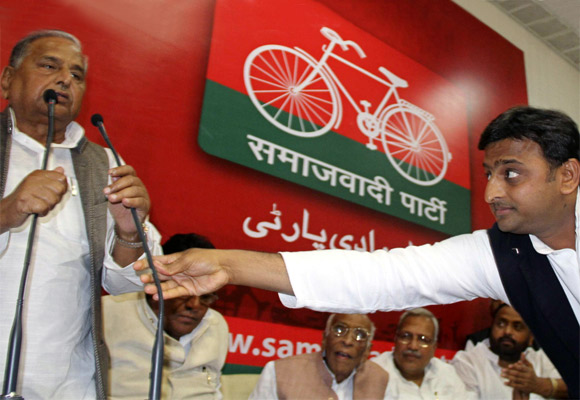 Things were quite obvious even to the otherwise gullible citizens of India about what may have caused this suspension.

Everyone could make out that the CM was perceived to be protecting the sand mafia. Seeing the outrage of the common citizens, the Akhilesh administration came out with a strange explanation for the suspension.

A post facto argument has been manufactured to justify the unjustifiable, that the officer was suspended for ordering the demolition of the wall of an under-construction mosque at Kadalpur in Greater Noida, thereby creating communal disharmony in a sleepy village of 4,000 people with 80 per cent Muslims.

Akhilesh, if this is a gesture for wooing the Muslim electorate for the 2014 Lok Sabha election, then the same electorate ask you a few questions:

At present, it is perhaps the worst in India. 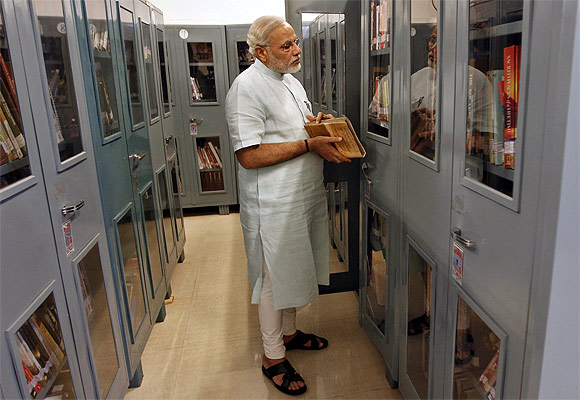 Recently, a team of Muslims from Firozabad went to meet Akhilesh's uncle, Shivpal Singh Yadav, at his home village, Saifai, expecting some favour. More so because his son is expected to contest the Lok Sabha election in 2014 from Firozabad.

It is said that after a long wait when Shivpal came to meet them, and immediately after knowing where they were from, he very arrogantly and rashly told them, 'Firozabad se aaye ho to kya sar pe baith jaaogay"? (If you have come from Firozabad, would you sit on my head?)'.

The Muslim delegation retuned to Firozabad without even putting their problem before their leader.

The sad aspect of the story is: Some better known Muslim leaders/organisations have decided to extend their support to Akhilesh's unjustified act of putting the upright officer under suspension and providing encouragement to the sand-mining mafia of Noida and Greater Noida.

These very leaders along with the secularists shout against Narendra Modi for hounding officers like Sanjiv Bhatt, Samiullah Ansari, etc. Doesn't this misdeed of Akhilesh resemble Narendra Modi's?

It raises a question whether weaker sections don't need an upright officer? What about the mosque at Kadalpur? News reports are very clearly saying that the land on which the masjid is being constructed belongs to the Gram Sabha and not to the Muslims.

Now the point is whether the shariat allows this kind of land for a masjid? To the best of my knowledge it doesn't.

Then what is the Islamic justification of constructing a masjid on such land?

Why are the Muslim leaders (including the politically affiliated clergy) maintaining a silence on such a crucial issue?

How long will these leaders continue to speak on emotive issues and remain silent on concrete issues of economic and educational uplift, political empowerment, etc?

Muslims must free themselves from opportunist politicians 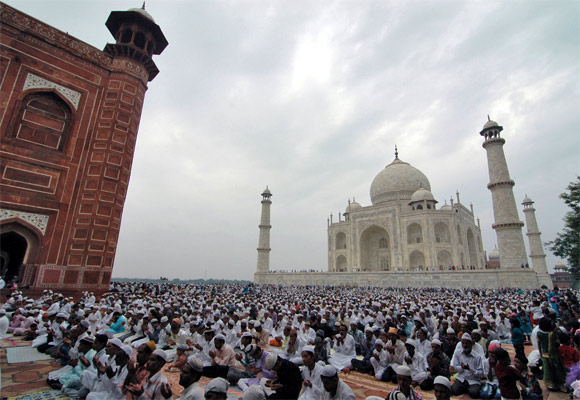 It is time the growing middle classes among Muslims across the country, in consonance with the other progressive voices, question the traditional reactionary leadership to re-define 'Muslim' politics.

It has to be demonstrated that 'Muslim' politics is as much concerned with corruption, inflation, poverty, unemployment, social justice as with secular-pluralist democracy, liberal values, and that they can no longer be taken for granted by any self-serving traditional leadership.

Universities with a relatively higher proportion of Muslim students, the progressive Muslim intelligentsia, and well-meaning civil society groups, should come out openly against the politics of dangerous opportunism whereby an officer's crusade against corruption is being penalised and covered up as a dangerously communal ploy.

The next elections should be fought on the issues of economic problems rather than on the hate-filled politics of communal polarisation.

In recent past, India has had enough of it, pushing itself far backward. The nation (including its important component, the Muslim communities) needs to fight poverty and unemployment rather than fighting with each other on trivial (non) issues.

The growing educated middle class of India's Muslims, exactly like many others, must free themselves from the shackles of the opportunist, non-delivering, reactionary politicians.

A a careful peep into the story of Kadalpur does give us a clear understanding that besides Narendra Modi and the Sangh Parivar there are many others who are out to communalise the national atmosphere of India.

We must see through them all with open eyes and alert minds.