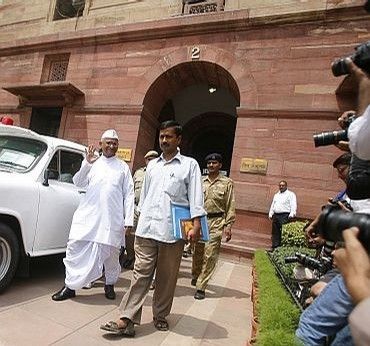 It is time for Prime Minister Manmohan Singh to take the debate on the Jan Lokpal Bill to the people through the media as well as through direct interactions with the people during tours across the country, observes B Raman

The country is being inexorably pushed towards a confrontation of unpredictable consequences as a result of the seeming reluctance of Prime Minister Manmohan Singh to assert his authority and steer the country out of a messy situation in which it finds itself.

This situation is characterised by a  widening divide between the government and large sections of public opinion on the issue of setting up a permanent and independent investigating and prosecuting machinery to be called Jan Lokpal to deal with corruption.

The movement for setting up an independent and powerful Jan Lokpal can no longer be dismissed as  purely a movement spearheaded by a politically conscious and manipulative elite claiming to represent the so-called civil society. 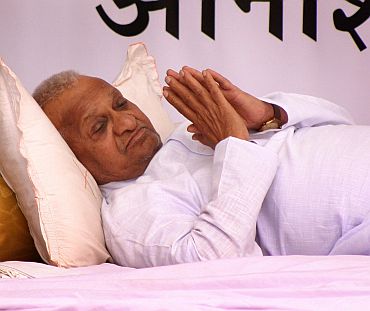 Growing sections of the people identify themselves with the objectives of the movement as a result of Anna Hazare, an anti-corruption activist with no political ambitions till now, assuming its leadership.

His fast and the surprising public response to it made the government realise belatedly that it can no longer drag its feet on the demand for setting up such a machinery as successive governments have been doing for nearly 50 years.

A government rattled by the extent of the  public response to the fast swung from one extreme of inaction to the other extreme of a series of ill-advised actions as a result of which the moral authority to steer the anti-corruption movement has slipped from the hands of the government into the hands of some civil society activists headed by Anna Hazare. 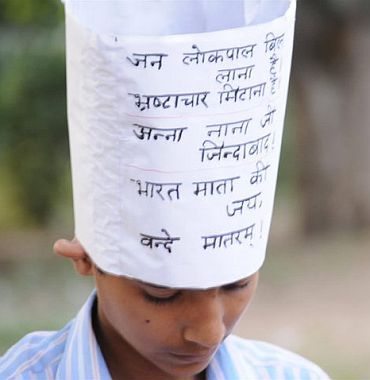 The government let itself be stampeded by the increasing public anger on the issue of corruption into recognising the questionable credentials of Anna Hazare and his close advisers as representatives of the civil society as a whole.

They did not represent the civil society. They represented strong segments of non-governmental opinion which demanded immediate action on the Lokpal issue.

There are many dimensions to the movement for the creation of a powerful and independent Jan Lokpal such as the procedure for its constitution, its powers to investigate and prosecute the corrupt and its jurisdiction. 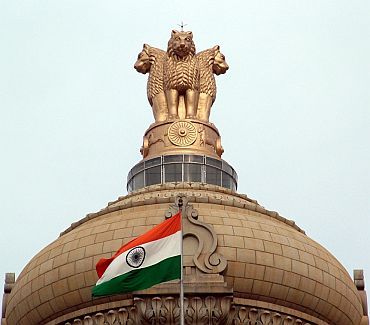 A confused government reacted to the growing public support to the movement headed by Anna Hazare in a manner that made the civil society appear to be monolithic and conferred on Anna and his small circle of advisers the right to speak exclusively on behalf of the entire non-governmental society.

The existence of a plurality of centres of opinion was lost sight of in the panic response to the growing public support for Anna's fast.

This plurality of centres existed not only in the non-governmental segment  having no formal role in policy-formulation, but also in that segment, which was not governmental, but had a role in policy formulation in the form of different political parties and their elected representatives in Parliament and the state legislatures. 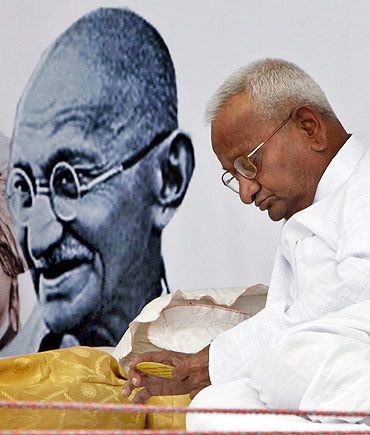 When the government realised the inadvisability of such as exercise, its valid reservations on the manner in which Anna Hazare and his advisers were seeking to monopolise the national debate though they had no national following were sought to be misrepresented by Anna and his advisers as reflecting the government's unwillingness to create a powerful and independent machinery.

Differences on important individual issues such as whether the proposed Lokpal should have jurisdiction to investigate and prosecute the Prime Minister and members of the judiciary too have been sought to be misrepresented as additional arguments reflecting the government's opposition to the creation of a Lokpal. 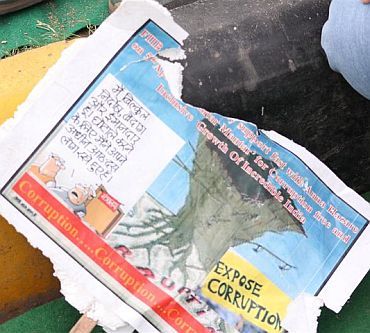 Non-governmental bodies act as advisers on policy-making. It ought to be left to the government to decide which advice will be followed and which will be rejected. The government has the right to reject or modify for valid and cogent reasons. It is so in all democracies.

Since independence, we have had dozens of non-governmental groups -- some permanent, some temporary -- which had advised various governments on what policies should be followed.

The government did not always accept all their advice, even if it was given unanimously.

For the first time in our history, we have created a non-governmental group which is trying to dictate policy to the government. When any of its advice is rejected, it is threatening to take the issue again to the streets in order to force the government to accept it. 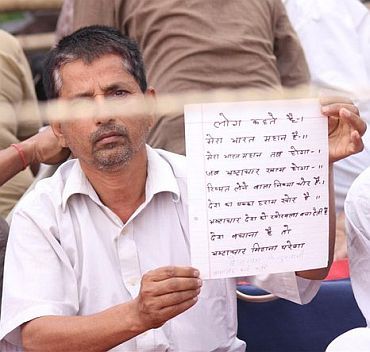 Anna Hazare has put the government on notice that he would go on fast again from August 15 if a solution satisfactory to his group is not found.

No government worth its salt can let itself be dictated by a segment of non-governmental opinion. The government has to reject firmly, but politely the pretensions of Anna and his team to be the custodian of the morals of our society as a whole. 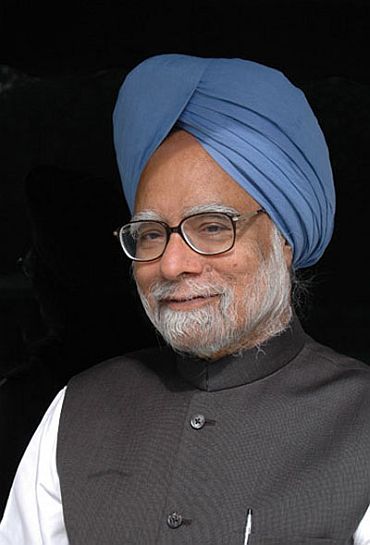 Any attempt to take advantage of the government's self-created difficulties will be short-sighted and could weaken democracy in the long-term.

Even while initiating this exercise, the government should not burn its bridges with the Hazare team. It  should try to give the new exercise a larger format by bringing in other non-governmental segments while not diluting the primacy of the Anna Hazare group. It should play the role of the first among equals, but not as the sole arbiter of the national debate on the Lokpal issue.

The unfortunate rhetoric emanating from individual ministers of the government as well as from individual leaders of the Congress party should be lowered in order not to add to the heat and bitterness of the debate.

There is a need for deft handling and political delicatesse which could come only from the Prime Minister and from no one else. It is time for him to take the debate to the people through the media as well as through direct interactions with the people during tours across the country.

If these steps are not taken, there could be a danger of  the debate getting out of hand and leading to unpredictable consequences. The dithering has to end---NOW.