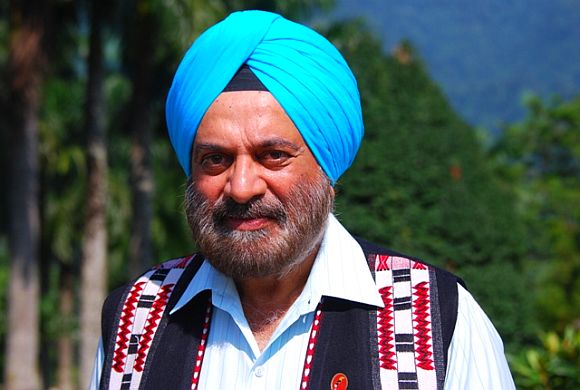 It is not well known that Arunachal Pradesh, which attained statehood in February 1987, is one of the fastest developing states of India.

Though the state went through few weeks of instability after the untimely death of former chief minister Dorjee Khandu in a helicopter crash in April, peace has now returned to the state.

Arunachal is a very sensitive state with a long international border with Bhutan (160 km), China (1,080 km) and Myanmar (440 km). It bore the brunt of the Chinese attack during the 1962 Sino-Indian War.

Claude Arpi meets General J J Singh, former army chief and now the Governor of Arunachal Pradesh, who spells out the priorities and his vision for this border state. The governor also revisits the 1962 war and shares his perceptions for the future. 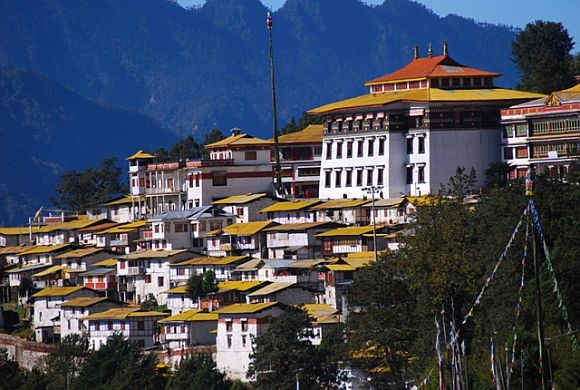 Could you tell us a few words about your state?

Arunachal Pradesh is the eastern most state of India. It is one of the few states in India which has a boundary with three countries (China, Bhutan and Myanmar). Therefore its position is geo-strategically important.

It is also our gateway to South-East Asia. It could be a hub for trade, commerce and India's 'Look East policy'. This shows the importance of this region.

'Arunachal is an undiscovered gold mine' 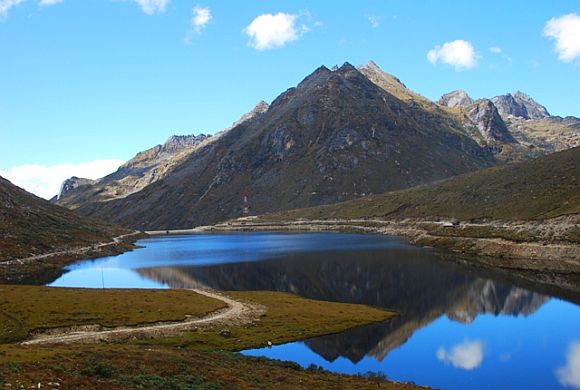 It is also a resource-rich region. It has natural resources in abundance, not yet fully discovered. In fact, it is an undiscovered gold mine.

It has oil, coal and other resources like forests and fresh water. Arunachal has the most luxuriant flora and the fauna. We grow all sorts of fruits such as kiwis, walnuts, apples, pineapples, bananas, litchis and also oranges. The state could supply the entire region with high quality oranges.

It has an amazing variety of flora and fauna and is one the biodiversity hotspots of the planet; perhaps one of the few remaining. Sometimes for miles, there is no habitation, only forest covered mountains. There are places which have never been visited by men. It is one of the few 'as God made it' places left on the planet.

But because of its remoteness, the mountainous terrain and the densely forested areas, development, till recently, lagged behind in many other parts of the country.

Since 2008, development has been the focus of the state government. With an immense development package and unflinching support of central government, Arunachal is going through a historic phase.

'No part of the world is being developed at this pace' 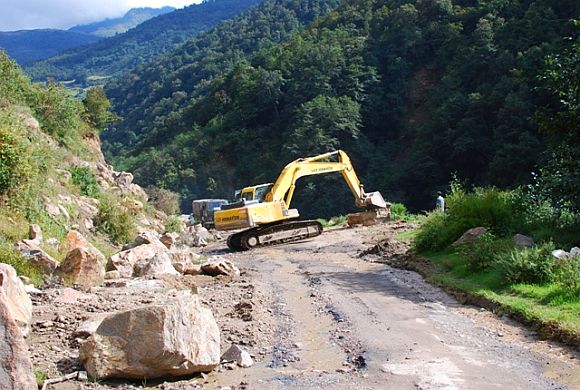 The prime minister came in January 2008 and offered a package of Rs. 24,000 crore to be utilised during the next six to eight years.

Since then, one can say that no part of the world is being developed at this pace. To give you two examples: there will be a four-way lane from Itanagar to Guwahati (in Assam) as well as a Trans-Arunachal highway of 1,600 kms, connecting the western part of the state to the easternmost part, running through and connecting eleven district headquarters en-route.

Today to go from one valley to another, one has to come down to Assam and go up the next valley. Once the trans-Arunachal highway is completed, we need not come down the feeder roads to Assam.

The new trans-Arunachal road will thus benefit the people of the state. The work on this project is being started from various points, simultaneously.

We have already connected the 16 districts headquarters and now we are going forward to various areas and settlements not connected as yet.

'The priority will be the people of Arunachal Pradesh' 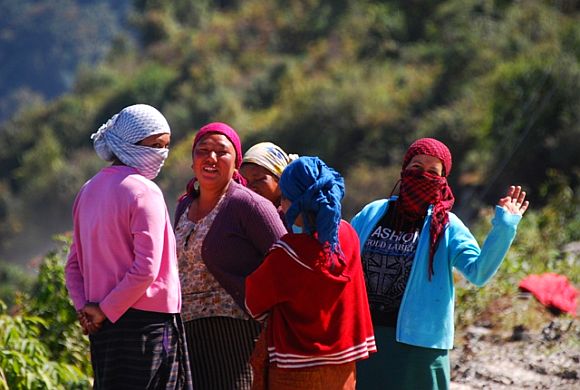 An airport has been sanctioned for Itanagar by the prime minister during his visit in 2008. Itanagar is one of the only two state capitals of the country today which do not have an airport.

As this may take some time, in the interim phase, we are thinking of developing short taking off/landing airports. I would call these new airfields, 'subsidiary airfields', though they are usually known as Advanced Landing Grounds.

There are eight ALGs under development in the state. I prefer to use the term 'subsidiary airfields', because ALG is a military term and we want to use these airfields for the benefit of the people. The priority will be the civilian use.

'Will stress on eco-tourism in Arunachal' 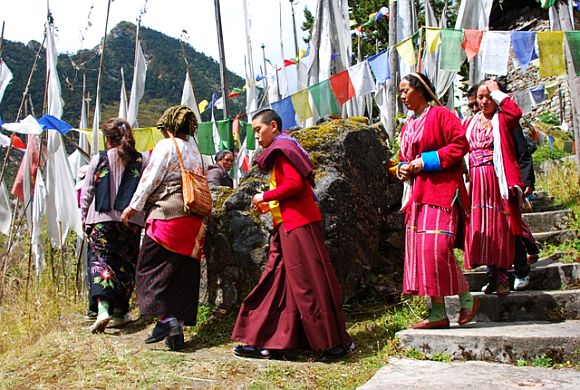 In five or ten years, most of our people will perhaps prefer to come to Arunachal rather than go to Switzerland. We have such a variety of landscapes: glaciers, alpine climate, and then the tropical and the rain forests. In Arunachal Pradesh, you can come down from 20,000 feet to 1,000 feet over a distance of 150 to 200 km.

Such gradients are very rare anywhere in the world and have led to development of immense varieties of flora and fauna and natural vegetation.

We are thinking along many dimensions. We are thinking in terms of adventure tourism (the state has the longest stretch of the Himalayas), mountaineering, white-water rafting; we are also thinking of religious tourism as the state not only has Tawang, one of the largest Buddhist monasteries after Lhasa, but also Parasuram Kund, a very famous Hindu pilgrimage near Tezu and several other religious sites.

We will of course lay increased stress on eco-tourism. In last three years we discovered one new species of bird, one of a fish, one of a mammal called 'Black Pica' as well as a rare butterfly.

Four new species have been discovered in three years and this has been documented. This is why I call it 'an undiscovered gold mine'.

'Arunachalis are the most patriotic Indians' 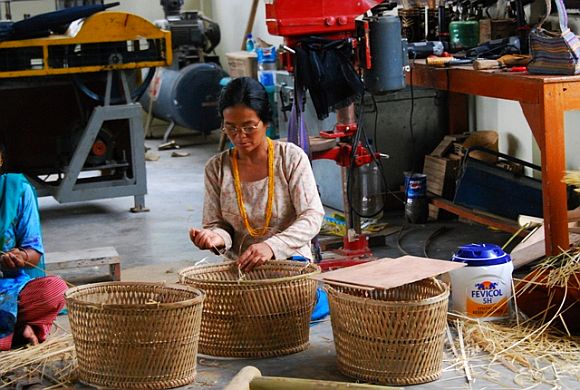 In some places, development and tourism have spoiled the original beauty of the place. Would you like to say something on this?

We are trying to make sure that this development does not happen overnight; people should not be overwhelmed by development. Development should be paced so that it can be absorbed. Most important of all, the Arunachalis should be the first beneficiaries.

If a dam is planned, a social commitment to improve the life of the local people (by creating a school, a hospital, providing jobs, etc.) is the first priority. Social commitment cannot be forgotten. As a governor I always emphasise this: 'Arunachalis first'.

In 10 years time, the Arunachalis may be the richest Indians by per capita income standards. The population is small and between tourism and power projects, Arunachalis have a bright future. We can sell the surplus power produced by hydropower plants and get handsome revenues for the state.

The projects being undertaken have a long gestation period, some may take upto eight or ten years to concretise. In the meanwhile, tourism is something that we can make a livelihood from and provide jobs to many young people.

Besides this, handicraft development like in the Poma village (a pet project of the governor and his wife to create beautiful crafts using bamboo) can help. Today 60 or 70 families are surviving in this village without having to come to the town.

One point should be remembered: Arunachalis are the most patriotic Indians. They feel so strongly for the country. For example, they went to Jantar Mantar and told the Chinese clearly and loudly: "We are part of India". They are the ones who first protested against the stapled visas.

Why the crime rate is so low in the state 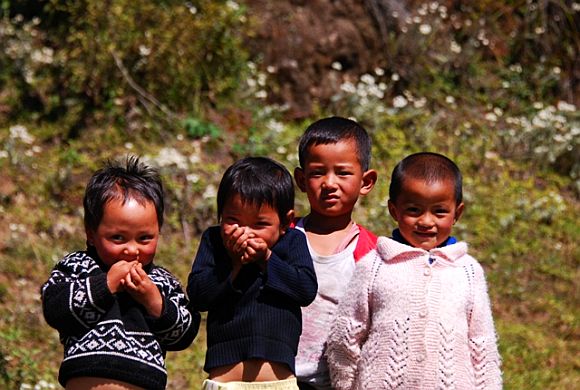 Do you still have the traditional village councils?

Yes, many of the civil cases and local disputes over land or water are settled by these village councils. Additionally, family and community disputes are settled by the councils. However, criminal aspects are progressively going to the judiciary which is now being separated from the executive.

The decisions of the councils have been traditionally accepted by the community. It is probably why the crime rate is very low in Arunachal.

Would you kindly refer to the infiltration of Naga rebels in two districts of Arunachal?

The districts of Tirap and Changlang are affected by a spill-over of the Naga problem. However, tackling the issue is not very easy as the underground cadres of banned organisations simply cross-over the international border and find safe havens when pursued by our security forces.

Fencing the entire border in this area is also not a viable option because of the very tough and undulating physical terrain.

The central government is well on the way to resolve the larger Naga problem and I am sure the case of Arunachal will be resolved alongside.

'The situation should not get out of control' 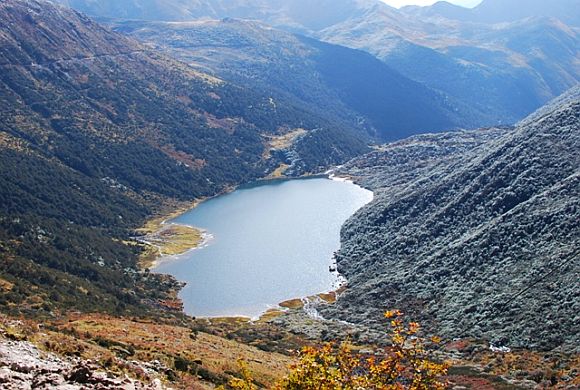 You mentioned to the media that the army could help?

The situation should not get out of control. It is basically a social, political and military problem. Talks are going on and people basically want peace; they are fed up of violence, they want to get along with their lives.

The problem, I would say is in a declining phase. In the past year more than hundred boys have already surrendered and joined the mainstream in Tirap district alone. Our army has been playing a very positive and constructive role in all these developments and also providing a sense of security to the residents.

Could tell us about the creation of the Arunachal Scouts?

The 1st battalion of Arunachal Scouts was successfully raised in November last year after persistent efforts from both the Raj Bhavan and the state government.

We have now requested the central government to sanction at least three more battalions over a period of three to five years, including a dedicated training centre. The 'Scouts' will be a force multiplier for the regular army units in the days to come.

They can live off the land, can speak local language and need no acclimatisation. The Arunachali youth will get a chance to serve their motherland as well. This will pay us rich future dividends.

'Relationship with China is only growing' 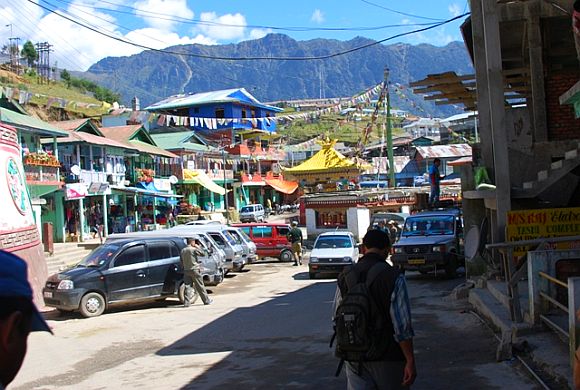 India still has the scars of the conflict with China which occurred some 50 years ago. Could this happen again?

I am a soldier. I have served in the entire north-eastern region. I can tell you that fighting a war is a very difficult job.

During my last interview in Kolkata as army chief, I told the media: "I want to assure you that 1962 will not be repeated". It was in 2007. Today, we are even better prepared; it cannot be repeated.

In 1962, we did not have even a chance to fight. It was not expected, we were not prepared, we were not trained properly and most intelligence assessments were not satisfactory.

In 2007, I visited China as the Chief of Army Staff. I got a warm welcome and we discussed counter-insurgency exercises. It is something which was unconceivable in the 1980's or 1990's.

Since then, these exercises have been conducted a few times. Further, today we have many high-level exchanges. The Chinese are coming to the National Defence College we are going to their National Defence University.

Yes, there is a dispute on the border, but by and large there is tranquility along the Line of Actual Control. We have continued high level dialogues to sort out the issue.

Today, China is India's largest trading partner. Our relationship is only growing in strength rather than in discord.