Expect a Chinese attack by June/July 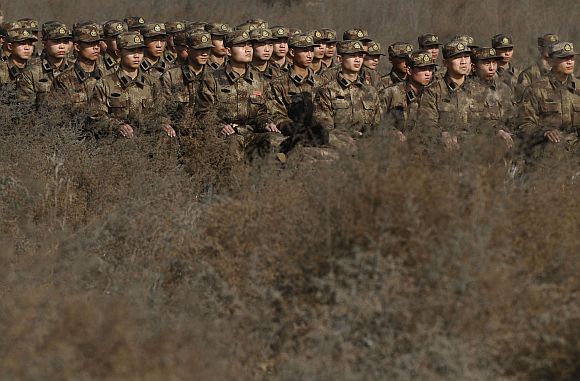 It is time the ministry of defence got cracking in building up the Indian Army's military capability to face the Chinese threat, warns Colonel Anil Athale (retd).

Last year when this author wrote about a Kargil- style foray by China in the near future, the idea was more in the realm of speculation. But the events of the last few months seem to move the likelihood from the speculative to the possible.

But it seems that New Delhi is in deep slumber or has no time to pay attention to such 'minor' issues like national security when all attention is focused on the upcoming assembly election in Uttar Pradesh.

It is, however, unfair to blame the government alo#8800 even the Opposition is equally busy in its perennial game of one 'UP-manship' and has never effectively taken up the issue of defence preparedness in Parliament.

The media is frivolous as ever and is chasing TRPs; unfortunately there are no TRPs to be gained on defence issues.

This is an attempt by a student of history to give a wake-up call.

Colonel (Dr) Anil Athale (retd) is coordinator of the Pune-based think-tank, Indian Initiative for Peace, Arms-control & Disarmament and co-author of the official history of the 1962 India-China conflict.

UPA should wake up from its slumber 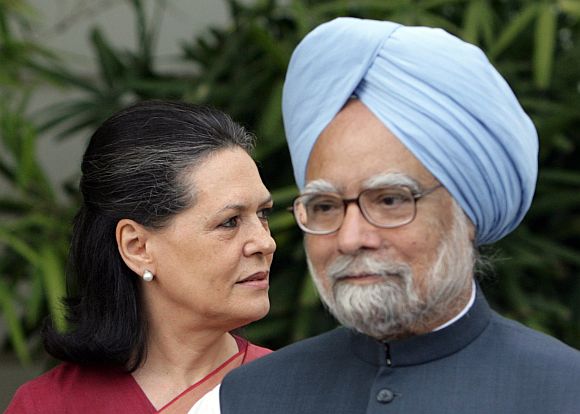 What makes matters even worse than 'normal' in Delhi today is the inefficiency that has crept in all decision-making due to the 'Diarchy' that prevails in Delhi.

For those unfamiliar with the term -- this was the system in British India when the rulers of the princely states had all the trappings of power but the British resident exercised the real power.

In its second avatar, the United Progressive Alliance resembles that model with real power in the hands of the Gandhi dynasty while the prime minister has all the trappings of power.

What this has done is the pivotal position of the Prime Minister's Office and its job of co-ordination and enforcement of the will of the government on the State machinery is severely compromised.

In case of vital decisions on security issues, this can lead to disasters.

The portents indeed are ominous. On December 14, Prime Minister Manmohan Singh told Parliament that his government does not share the view that China plans to attack India.

Exactly half a century ago, another Indian prime minister stuck to a similar view, until November 21, 1962.

Broadcasting to the nation that day, that prime minister lamented that in this hour of peril, our heart goes to the people of Assam!

As Jawaharlal Nehru spoke to the nation, the civil administration in Tezpur had begun to burn documents and currency in the government treasury, prison doors were thrown open, and everyone made a beeline to get across the Brahmaputra by whatever means.

The stage was being set for surrendering all territory north of the Brahmaputra to the Chinese.

To the people of my generation, the memories of that day give goose pimples even today. The unfortunate similarities do not end there.

The Indian Army again faces a loss of morale 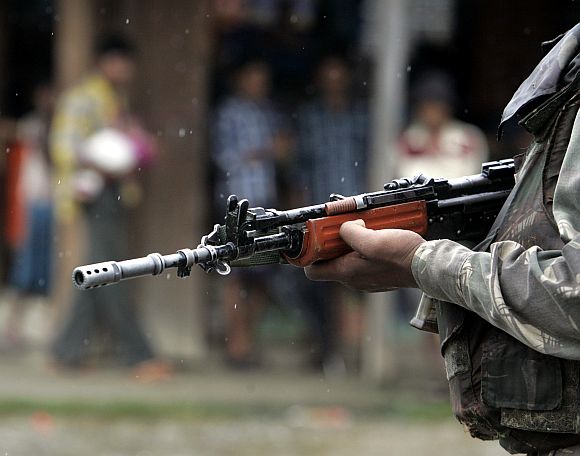 Just a year before that, in 1961, the then defence minister V K Krishna Menon had a scrap in public with the highly esteemed army chief, who resigned and then took back his resignation on the prime minister's advice.

The prime minister then went on to humiliate the general in Parliament. As a consequence, the morale of the army was badly affected.

As someone who has studied that conflict, including the famed Henderson Brooks Report, one can say without any contradiction that 'loss of morale' was the single biggest cause of our debacle in 1962.

It is incredible that exactly after half a century we have a similar confrontation between the army chief and the defence ministry bureaucracy.

One of the horror stories of the 1962 conflict with China was the way India made a frenzied effort to arm the soldiers with modern weapons. The insistence on 'indigenous' production of arms and inability of the local R&D/factories starved Indian soldiers of tools of war.

Brand new rifles (the 7.62 SLR) were airdropped at Dirang Zong, of course without ammunition! As if the soldiers are robots who can instantly master new weapons and begin using it! 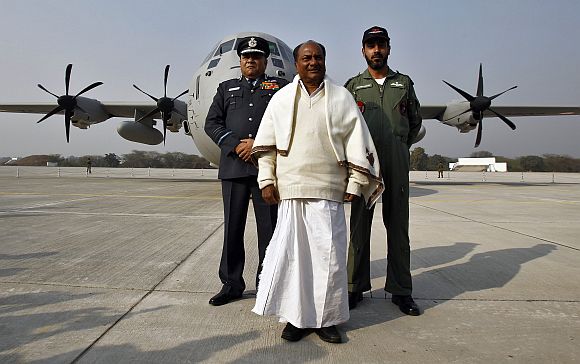 Our army's modernisation is stuck in red tape of the deepest hue.

Import of the critical lightweight howitzer, so important to provide artillery support to infantry in the mountains, is stuck in the courts/CBI clearances and what not.

Anyone familiar with the armed forces remembers the phrase often used by superiors while giving orders, 'I do not care whether you beg, borrow or steal! I want this done!'

It is time to remind the defence minister that the country expects him to deliver security and efficiency.

His primary job is to ensure honour and safety of the country, and not his honour, that must come last, always and every time (a sort of modified version of the Chetwood pledge that all newly commissioned officers take).

It appears that China is carefully choreographing incidents with India. First, there were several instances of Chinese troops crossing the border, marking their presence. We have dismissed these as 'minor' incidents.

Then there was the verbal spat and exchange of notes over the Indian foray into oil exploration in Vietnam waters. The new year saw ill-treatment of an Indian diplomat. Earlier, there were cases of Indian diamond merchants being imprisoned in China. All these could well be dismissed as minor incidents that involve local officials. If similar incidents were to take place on the India-Pakistan border, they are not to be taken seriously because in Pakistan nobody is in control of the armed forces or civilian officials.

But China is NOT Pakistan -- the People's Liberation Army, the media (including the Internet) are all under tight party/government control in China.

India would be making a grave error of judgment if it considers these incidents as non serious. There seems to be a design behind these orchestrated events, especially the forays by the PLA.

It is time India woke up. Luckily, we do have some time.

At the moment the Himalayan passes are frozen and no military operations are possible.

The likely threat will only emerge in June/July 2012. It must be made clear that one is not talking of an all-out war.

What we must accept is a short, sharp, attack by the Chinese, more in the nature of a slap!

To those who claim that Indo-Chinese trade is too big -- one needs to remind them that as a proportion of overall Chinese trade with the world, it is of very little consequence!

It is time the ministry of defence cleaned up its act got cracking in building up the Indian Army's military capability to face the Chinese threat.