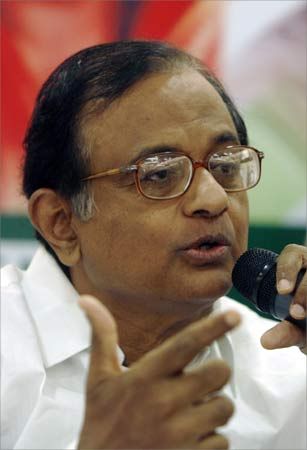 Home Minister P Chidamabaram has criticised the Bharatiya Janata Party for its attack on Karnataka Governor H R Bhardwaj granting sanction to prosecute the chief minister and said the governor's decision was in accordance with the law.

In a signed statement, he asked the Karnataka government and BJP to maintain law and order, saying the party's move to take to the streets against the governor's decision is not acceptable.

"It is not the first time that a Governor has given his sanction to prosecute a chief minister or a minister of the state government. The law in this respect is clear and well-settled," he said.

The home minister said he was "disappointed" that the BJP has raised the decibel level and has taken to the streets, which was "not correct" and was "totally unacceptable". 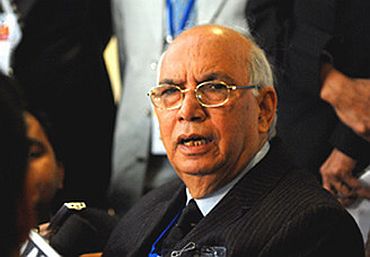 "The Government of Karnataka is obliged to maintain law and order in the state, not to standby when law and order is disrupted by party cadres or there are acts of violence," he said.

Bhardwaj had on Friday sanctioned prosecution of Chief Minister B S Yeddyurappa in alleged land scams.

The BJP had hit back at the Governor calling the decision constitutionally improper and politically motivated.

Taking a dig at BJP, Chidambaram said he was glad to note that the party no longer says that 'the alleged transgressions of law in Karnataka are only immoral and not illegal'. 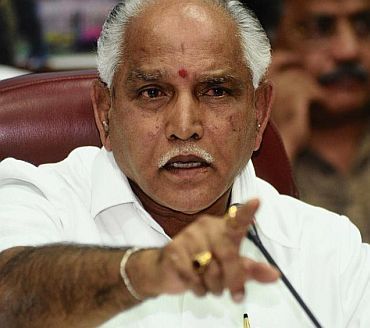 "Surely, the BJP knows the legal position. The BJP also knows that any person aggrieved by the order of the Governor can seek legal remedies. Hence, it is my sincere hope that the BJP will advise its state unit to abide by the law and will advise the Government of Karnataka to discharge its constitutional obligation to maintain law and order," he said.

The Home Minister said the Centre has taken note of the developments in Karnataka and he was not going into the merits of the complaints that were before the Governor of Karnataka in respect of which he has granted sanction for prosecution.

"The purpose of this statement is to set out the constitutional and legal position," he said. 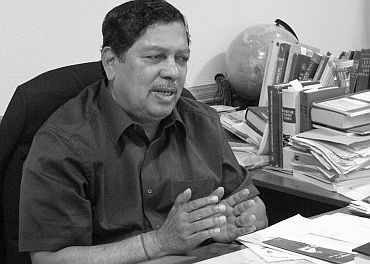 Chidambaram said the leading case in this behalf is MP Special Police Establishment Vs State of Madhya Pradesh. That was a case in which the then Governor of Madhya Pradesh Bhai Mahavir overruled the advice of the Cabinet and granted sanction to prosecute two ministers.

A 5-Judge bench of the Supreme Court upheld the order of the Governor.

The Home Minister said he would draw the BJP's attention to the statement made by Justice (Retd) Santosh Hegde, Lokayukta of Karnataka, who has observed that the Governor had the jurisdiction to grant sanction for prosecution.

The Home Minister said he has requested Union Home Secretary Gopal K Pillai to speak to the Karnataka Chief Secretary and the Director General of Police in this regard.