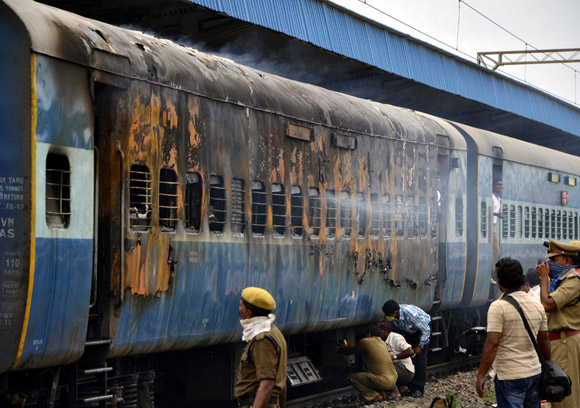 Search teams have recovered 35 badly-charred bodies from the burnt compartment.

The body count was still incomplete and they were searching the other parts of the completely gutted compartment.

Removal of the bodies proved a very difficult task for the railway workers and they had to cut the iron grills of the windows to bring them out.

The bodies recovered so far include six women and two children.

28 people are under going treatment in four different hospitals of Nellore. 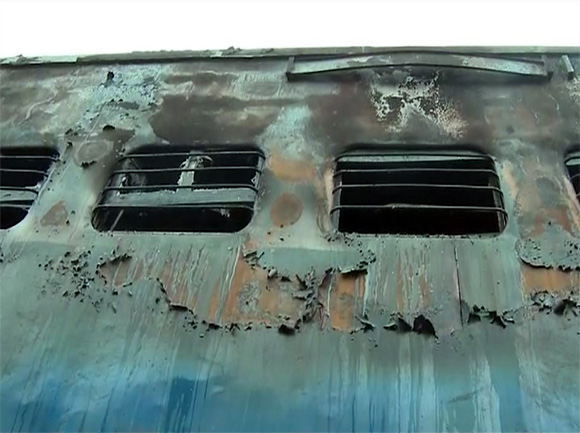 Eyewitnesses said that the fire started with an explosion from the toilet side at the far end of the compartment on the side of berth No 72.

"Even as I spotted the smoke spreading from that side and raised an alarm to wake up people, the smoke engulfed the bogie. It became impossible for me to breath and I had to rush towards the doors at the other end," said Sudheer, a software engineer who had boarded the Chennai bound train at Vijaywada.

"The smoke was so poisonous that people fell down unconscious after breathing it. Otherwise many more people could have come out," he said. 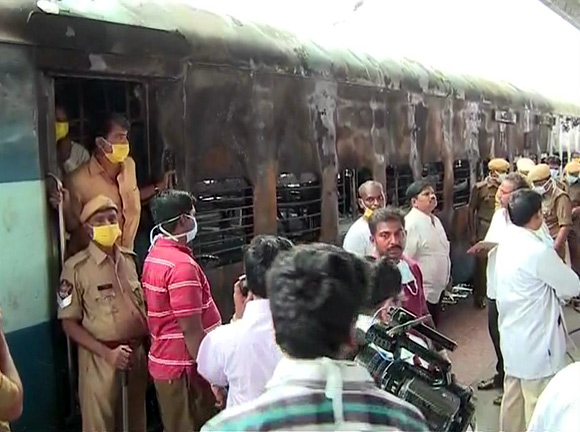 Another survivor from the coach, Sudhakar Rao said that the coach S11 was over crowded.

"Not only all the berths were occupied but there were 15 to 20 excess passengers in the coach who could not get the reservation. One such passenger was sitting on my berth. I had given him the place."

He also recalled with horror that two passengers who had come out of the compartment after the train stopped but went back to bring their luggage out and they were burnt alive.

"I can never forget what I have seen today," he said with shock in his eyes. 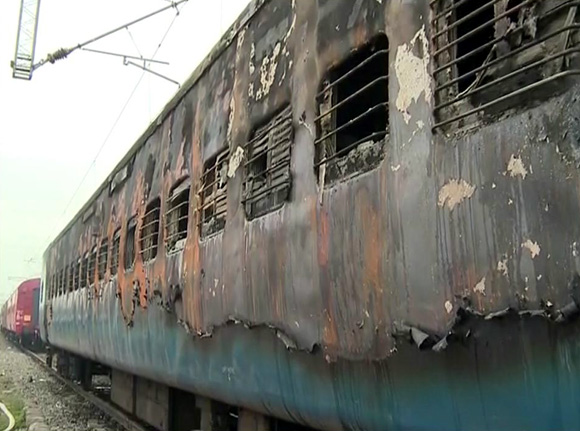 Other injured passengers said that they heard the shouts for help but it was impossible for anyone to do anything.

Nellore District Superintendent of Police Ramana Kumar said that it was a non-stop train and did not stop at Nellore and was running at a speed of 110 km while crossing the station.

"The gate man at the Jayamahal point in Nellore saw the flames and alerted the station manager at Nellore," he said.

"Fortunately, the fire station was very close to the Jayamahal point. That is how two fire engines could reach the place immediately," he added. 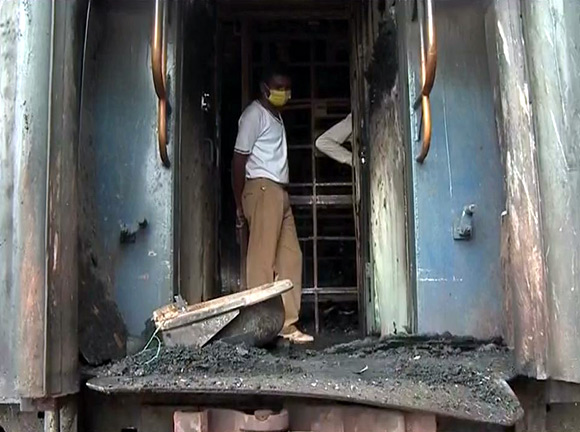 Meanwhile, in view of the speculations that an empty kerosene canister was found in the burnt coach and there was an explosion, VSK Kaumudi, additional director general, railway police, said that the accident will be probed from all possible angles.

"We cannot say any thing about the cause of the accident at this juncture. At present, the focus of our men is to help in identifying the bodies and handing them over to their families. We will take up the investigation in to the cause of the fire subsequently," he said.

Meanwhile, a special train carrying relatives of passengers of the Tamil Nadu Express has left New Delhi for the accident site.