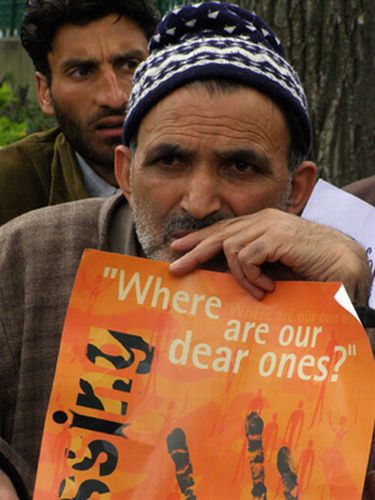 In a startling revelation, the Jammu and Kashmir State Human Rights Commission has stated that it has found 2,730 bodies dumped in unmarked graves in four different districts of the state.

In its 'Inquiry Report of Unmarked Graves in North Kashmir', the SHRC states that the unidentified bodies had been buried in 38 sites in north Kashmir's Baramulla, Bandipora, Handwara and Kupwara districts.

At least 574 have been identified as bodies of local Kashmiris.

The government had previously said that the graves were of unidentified terrorists, most of them Pakistanis killed over the two decades of violence in Jammu and Kashmir and whose bodies had been handed over to village authorities for burial.

However, in response to commission inquiries, in March 2010 district police claimed that a total of 464 unidentified bodies had been buried in north Kashmir. 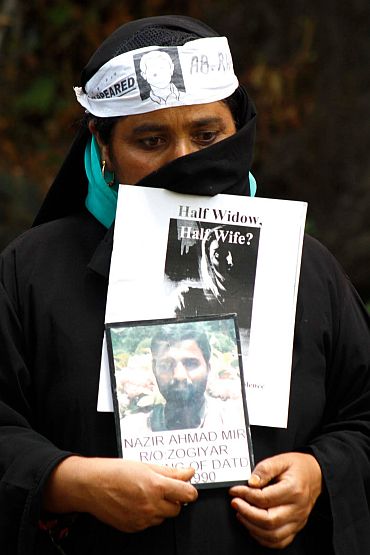 Meenakshi Ganguly, south Asia director of the Human Rights Watch, said: "Kashmiris have been lamenting the disappearance of loved ones; their pleas were ignored or dismissed by the government and army, which claimed that they had gone to Pakistan to become terrorists. But these graves suggest the possibility of mass murder. The authorities should immediately investigate each and every death."

According to the Srinagar-based Association of Parents of Displaced Persons, at least 8,000 people had disappeared since the start of insurgency in the region.

In February 2003, the state government, then led by current opposition leader Mufti Mohammad Sayeed, had told the state legislative assembly that 3,744 people were missing and that many of those reported missing since 1990 were actually in Pakistan, where they had signed up to be trained as terrorists.

In a September 2006 report, 'Everyone Lives in Fear', the Human Rights Watch had said: "The debate about the facts and the inconclusive nature of government and NGO claims make it clear why the government or a specially designated independent body should conduct a transparent investigation into each case of 'disappearance' reported since 1990." 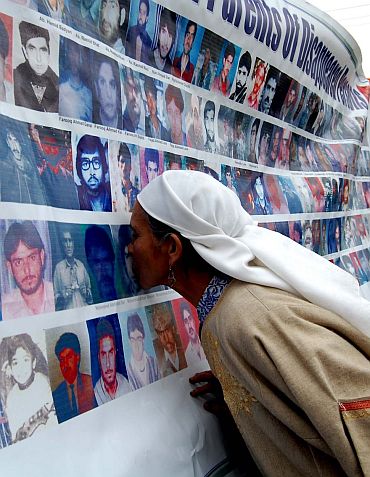 The commission's latest report, which was leaked to journalists over the weekend, is the first official confirmation that such deaths occurred.

Pointing out that Kashmiri groups, including APDP and the International People's Tribunal on Kashmir, have said there are similar unmarked graves in at least eight other districts of the state, the report recommended a thorough investigation by an 'impartial agency', and at least $15,000 in compensation for each death.

Chief Minister Omar Abdullah and the central government are yet to respond to the findings.

When Omar took over as chief minister in February 2009, Human Rights Watch had written to him, saying: "Thousands of people remain victims of enforced disappearances in Jammu and Kashmir. The practices of 'disappearances' and extrajudicial executions violate basic human rights, including the right to life, the right to liberty and security of the person, the right to a fair and public trial, as well as the prohibition on torture and cruel, inhuman, and degrading treatment or punishment."

"Under international law, an enforced disappearance is a continuing crime until the 'disappearance' is resolved." 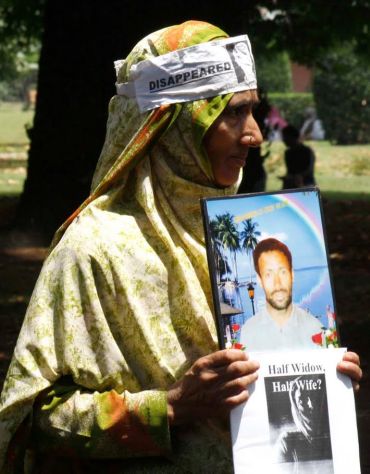 The report recommended that the commission call for immediate DNA sampling and other forensic tests to try to identify the bodies by matching them with the next of kin of people who have disappeared.

Seventeen of the bodies found in the four districts have already been reburied by relatives in family graveyards. The investigation found that 18 of the graves contained more than one body.

A similar pattern of abuses and took place in the neighbouring state of Punjab during counterinsurgency operations from 1984 to 1995, Human Rights Watch said.

Indian security forces were implicated in thousands of killings and secret cremations to hide the evidence.

The National Human Rights Commission, which was specially empowered by the Supreme Court to address these cases, narrowed its efforts to merely establishing the identity of the people secretly cremated in three crematoria in just one district of Punjab.

It rejected cases from other districts and ignored intentional violations of human rights by India's security forces. For more than a decade, the commission failed to investigate a single case independently, and it refuses to identify any officials responsible for the abuses.
More