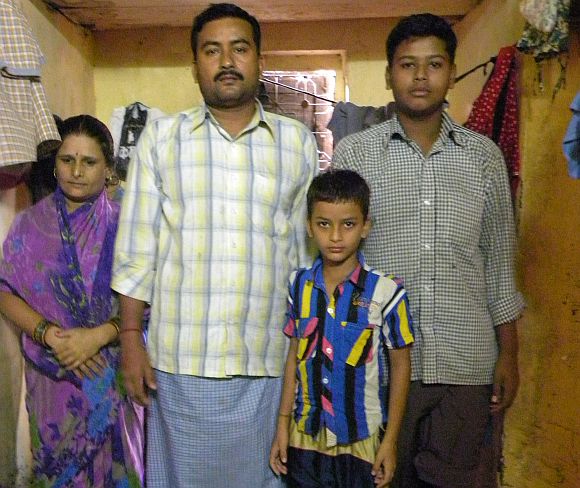 It's been a year since three blasts ripped through crowded localities of Mumbai, killing 26 people and injuring 130.

A year on, rediff.com correspondents walk down the memory lane with survivors and re-live the fateful July 13 evening that was smeared with blood, agony and fear.

Nishi Tiwari caught up with Khar resident Vinod Shukla, whose only source of livelihood was lost forever in the blast near Opera House

On July 13, it will be a year since three orchestrated bomb blasts wreaked havoc in Mumbai, leaving 26 people dead and 130 injured.

In an act of resilience that has become synonymous with the city and its people, it promptly got back on its feet and moved on. But for the blast survivors, life will never be the same again.

Thirty-six-year-old Khar resident Vinod Shukla, who ran a paan shop near Opera House before the tragedy struck, has been robbed of a steady income and partial hearing in one of his ears.

Shukla revisits the evening, "It was around 6.58 when we heard an explosion nearby. It was particularly crowded that day. Nobody knew what had happened until much later."

"I got hurt in my ear. It has still not healed and hurts so bad at times that I am unable to eat. I also got hurt on my leg, but it is alright now. Doctors say that the ear is somewhat healed but prescribed medicines worth Rs 350-400 (his wife promptly corrects him and says that it is beyond Rs 700). 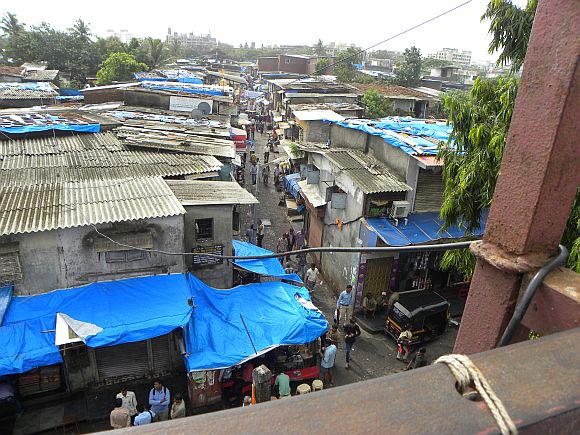 Image: The locality in Khar (East) where Shukla resides

"I also consulted a doctor in a government hospital near Charni Road and another one in Bandra -- both told me that my ear problem can be fixed by operation, but it would cost Rs 1.5 lakh. Also, they cannot assure that the operation will cure it permanently. I was ready to sell off some of my ancestral land in the village for the operation but then I do not know if I will be permanently rid of the ear problem."

His ear is only adding to his woes.

According to Shukla, doctors have advised that he should just take medicines as they provide some respite from the pain. The 15 tablets that he has to take daily cost Rs 300. So he deliberately skips the medication some days.

He says, "If I spend so much on my medicines alone, how would I provide for my family? I am not even fit to work outside. If I could go and work for someone else, I would still manage to live comfortably, but I cannot do that as I am always scared that my ear problem might start acting up or something bad might happen to me again."

Originally from Gonda, a district in Uttar Pradesh, Shukla came to Mumbai in the 1980s to take over the reins of his father's paan shop that he had set up in 1970 in front of Panchratna building in Opera House. He lives with his wife and two kids in a chawl dwelling that he owns in Khar (East).

"My uncle (father's elder brother) was also with me on the day of the blast. He had brought lunch that day. He too got hurt in the ear and leg, but doctors say that his age – he is 75-years-old -- is responsible for his hearing impairment and not the injury from the blast. 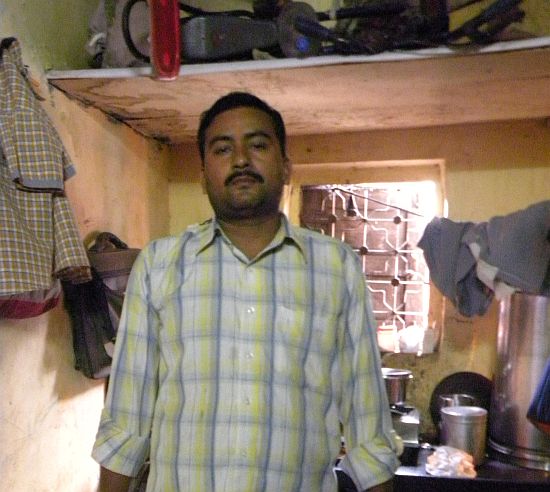 "I had called him to stay with us, as he does not have a family of his own (His wife passed away a while ago). It was his fate that he was around when the wretched blast happened," he says wistfully.

Even though the compensation money has been taking care of things at home, but Shukla is not sure how long it will last.

He says, "The Tata group gave me Rs 5,000 every month for the first six months after the attacks. We also received Rs 2 lakh from the government. Some of that money was spent on treatment. Whatever is left is being used now, as I do not have a source of income. I am doing odd jobs to bring in some money. I have been unemployed ever since the blasts happened."

A year may have passed since the incident, but Shukla is yet to gather his bearings.

He says, "I feel scared to go out of the house, but one can't do anything about it. An acquaintance of mine died in front of my eyes in the blast, merely 10 feet away from where I was. There were several others who died too. I was lucky to get away with a couple of injuries."