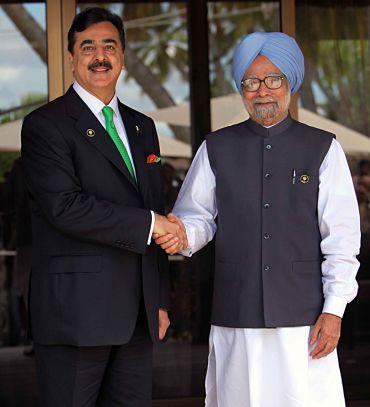 Bharatiya Janata Party on Friday targeted Prime Minister Manmohan Singh for praising his Pakistan counterpart Yousuf Raza Gilani, saying he has the "habit of giving certificates" to heads of state while his government continues to adopt a weak stand against cross-border terrorism.

Singh had praised Gilani on Thursday on the sidelines of the SAARC summit in Maldives, saying he is a "man of peace".

BJP had said Singh has "erred" in doing so as Pakistan has not taken any action on the 26/11 Mumbai attack issue or abetment of terrorism against India from its soil.

'Fight against terrorism has suffered due to such statements' 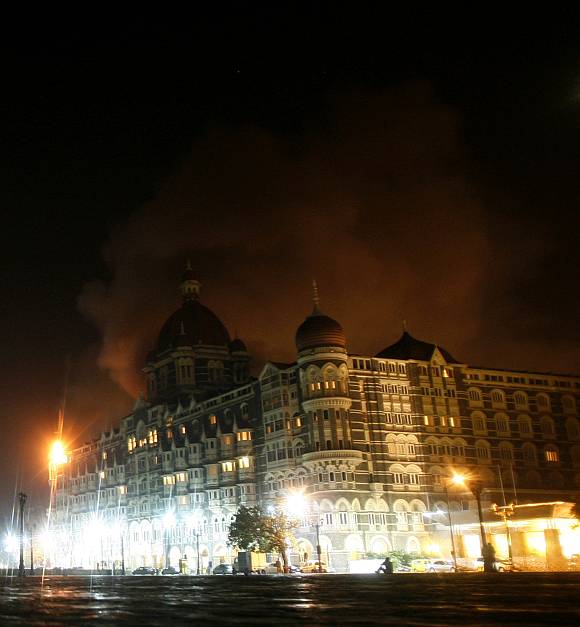 "Our prime minister has this habit of giving certificates. As a country we are not beholden to issue certificates to other countries, certainly not to those engaged in nefarious activities," BJP leader Yashwant Sinha told reporters, adding that neither did India need such certificates from other countries.

Sinha recalled that other than Gilani, Singh had also praised former US President George Bush earlier.

Taking a dig at Singh, Sinha said after the Mumbai attacks the prime minister had stated that India will not engage in dialogue with Pakistan till the perpetrators were brought to book.

"But everything is normal now. He sees Gilani as a man of peace... The fight against cross-border terrorism has suffered and weakened due to such statements," he said.

'Had Kasab not been caught, Pak would have been in denial' 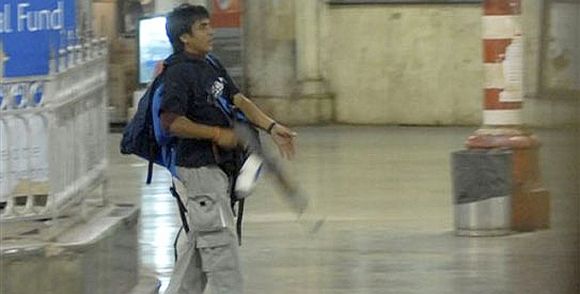 The BJP said for Pakistan 26/11 is the past and it wants to move on. "Even today is past for Pakistan. It is looking at tomorrow. They say Mumbai attacks is past... Had Ajmal Kasab not been caught, Pakistan would have been in denial about any involvement in 26/11... But when a man of peace is at the helm of affairs in Pakistan how can we say it is involved," Sinha said.

BJP alleged that whenever India tries to corner Pakistan on the issue of terrorism it seeks parity. While the BJP-led National Democratic Alliance government had managed to thwart such attempts, the United Progressive Alliance dispensation has failed to do so, Sinha said.

He claimed that in 2006, when India agreed that Pakistan too was a victim of terror it gave the latter parity. Then came Sharm-el-Sheikh where Pakistan brought in Balochistan when India talked of cross-border terrorism. 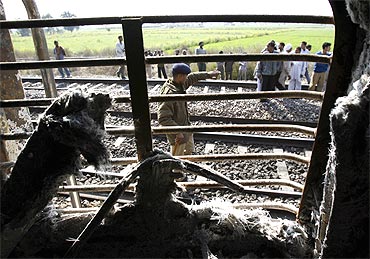 Image: Onlookers stand near the burnt carriage of the Samjhauta Express train after the blast
Photographs: Desmond Boylan/Reuters

BJP charged that in Maldives when India mentioned 26/11, Pakistan has brought in Samjhauta Express blast to counter India.

Sinha, who served as external affairs minister for a short time during the NDA regime, said after the Shimla accord, the January 6, 2004, joint statement was the most important deal between India and Pakistan, as the latter had agreed that it would not allow its soil to be used for terrorist acts against India.

BJP charged that later when President Pervez Musharraf came to India during UPA-I government, Pakistan was "off the hook" as we agreed that there will be no reference to the January 6, 2004.

Sinha said there were inputs not only from our agencies but also those worldwide that Pakistan's ISI was involved in the blasts at Indian embassy in Kabul. However, nothing has been done about it.