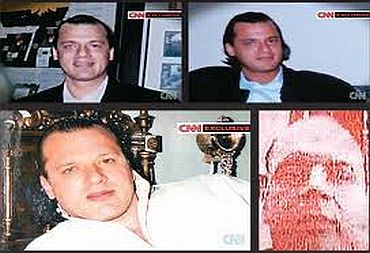 A number stored on his mobile phone as Chello Pakistan got him into trouble and before he knew it, he was in the interrogation room being grilled by officials from the National Investigating Agency.

Under the name of Chello Pakistan, George Alexander Mapp had stored the number of Faiza Outalha, the estranged wife of Pakistani-American David Coleman Headley, who had scouted targets for the 26/11 attacks for the Lashkar-e-Tayiba.

Mapp met Faiza in Manali in 2008 and the two became very close. When the NIA got cracking on the Headley case, they traced his calls to Fazia, and after interrogation gave him a clean chit.

Currently based in Morocco, he will be writing a book with Faiza on their association with Headley, the NIA and more.

In an interview with Rediff.com's Vicky Nanjappa, Mapp talks about his relationship with Faiza, his ordeal with the NIA and what he thinks about the Headley case.

When was the first time you met Faiza and how?

I first met Faiza in Old Manali in June 2008 through a mutual friend and it was a complete coincidence. I have met hundreds of people who live all over the world during my stay in India and I still remain friends with many of them to this day.

A message posted to you on Facebook from Faiza mentioned that she wanted to cut off all ties. Why did she say that back then, considering that you say you are together in Morocco?

Perhaps there is some confusion with regards to the date of that message. That message was sent to me by Faiza in October of 2008. From mid-October 2008 till six weeks ago we were not in touch. But over the two years a lot has changed.

Prior to that Facebook message she called me and said she was getting back with her husband. Being a devout Muslim in a committed relationship, she believed one should not be talking to men who do not belong to her family.

I completely understood and accepted her decision. I did not contact Faiza after her last message to me.

We got in touch recently and met after more than two years.

There was a lookout notice against you by the NIA. What was your first reaction to it?

I was shocked when the NIA approached me for the first time on November 23, 2009. There was much more than a lookout notice against me.

I was treated like a terrorist and had to prove my innocence. There was no evidence whatsoever that connected me to terrorism. Even Ray Charles (the visually and hearing impaired American singer) could have seen that I have no terror links.

I understand that the NIA had to question me because I was very close to Headley's wife, but it would have been of more value to them if they treated me as a witness rather than a terrorist.

My American passport was confiscated and so was my laptop, which the NIA refuses to return. Armed policemen kept guard at my door for over two weeks and followed my pregnant girlfriend and me everywhere, even to the beach.

My girlfriend delivered our daughter on December 12, 2009, less than three weeks after the never-ending investigation began. Sajid Shapoo from the NIA told me that if it were not for my white, nine-month-old pregnant girlfriend, I would have been arrested simply by being guilty by association. 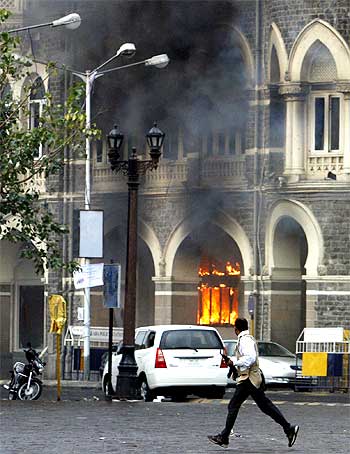 I will not reveal any specific details at this time. I will save all of that for my book, which I am currently working on with Faiza. However, they asked me almost everything about myself.

During your interaction with Faiza, did she ever speak about Headley?

Yes, of course, she mentioned her Headley. But, when I met Faiza they were divorced and she never once mentioned his name.

When I first met her in Old Manali, she spoke about him only rarely.

But after Faiza and me got in touch again, we have spoken about him for hours on end and she shared a lot of information. It is only natural to talk about him since both of our lives were so deeply affected by him and to some extent still are, especially Faiza's. Moreover, we need to share and compare details and information for our book.

'Headley's wife was unaware of his doings' Was Faiza aware of what Headley had been up to?

Faiza was a victim. Headley is accused of being the mastermind of a well-executed fidayeen-style terror attack. He moved in and out of Pakistan and India several times undetected by Indian intelligence.

Any person who managed this without getting caught has to be extremely intelligent. He kept it a secret from his wife.

Whether or not Headley had help, was he employed by the US intelligence agencies or was he a rogue agent or was being made a scapegoat to appease the Indian politicians and the public? All these questions I will answer at a later date.

Why do you think the American agencies didn't take Faiza seriously when she first spoke about Headley?

Before Faiza and I were reunited, I touched on this topic several months ago in my article, David Headley goes Viral: Is the FBI really that stupid? published on http://mathaba.net/

A US intelligence agency would not interfere with an agent working for another agency, especially an agent that is working on an undercover operation.

To answer your question more directly, at the time of this incident, the Federal Bureau of Investigation knew that Headley was on its payroll.

You saved Fazia's number as Chello Pakistan. Why?

(Laughs) It was an inside joke between us. I have explained this in greater detail in an article -- Kiss and Tell: Intimacies with David Headley`s Ex-Wife, Faiza Outalha. 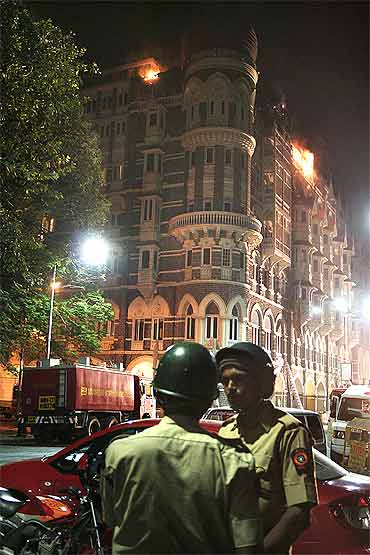 How close are you and Faiza?

I can only say that we were extremely close. To say anything more than that would be impolite.

When we first met in Old Manali, she was divorced and I was single. After that she re-married Headley and is still currently married to him. I am also in a relationship.

What does Faiza do today and where is she?

For now, Faiza has declined to do any print interviews, other than with me Therefore, I have to honour my commitment to her and cannot divulge details.

However, we are both looking at possible television interviews with different international news agencies.

From Manali, Faiza left for Pakistan and said she crossed the border by foot. How were norms relaxed for her?

As far as crossing the Wagah border goes, Faiza alone will be able to explain how she managed to cross over. 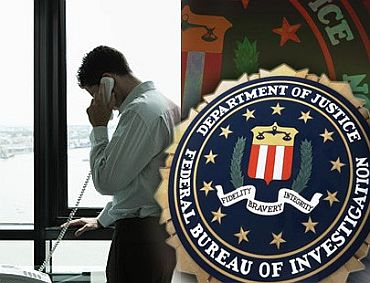 Is Faiza still worried about coming to India since there is a general perception that she was in the know of things when Headley did a survey of the 26/11 targets?

Of course, she is worried and will not come to India anytime soon. The NIA currently have an open case against her and me possibly for that matter. After the NIA were denied access to Headley, they sought access to his wives.

Moreover, Fazia's character has been assassinated. Not one Indian newspaper, news organisation, police personnel or any intelligence agency has spoken to her directly.

It was assumed she was guilty simply because she was married to Headley.

The FBI led Indian intelligence agencies to Faiza only to appease them and quell the political firestorm that was brewing over 26/11.

If the FBI or the Central Intelligence Agency thought Fazia or me were linked to the 26/11 attacks, would we not be in prison with Headley?

The FBI intentionally fed some information to the NIA to distract them, waste their time, knowing that it would eventually lead to nowhere.

Is there any pressure on you regarding this case? Does the NIA continue to call you for more details?

There is currently zero pressure on me from the NIA because I am not in India. The FBI has not contacted my family and friends since visiting their houses and that of my ex-wife since last spring. That is mainly because they know my exact whereabouts.

They have not contacted me directly since I spoke with an FBI agent in the US while I was in Thailand last March. My guess is that they will want to quiz me once I go back to the US.

Would you come to India especially after such an experience?

Of course. I originally came to India in 2006 for the purpose of meeting my guru Mata Amritanandamayi Devi. I visited Amritapuri ashram in the same year that I was interrogated.

I intend to see Amma again and possibly stay at the ashram for six to eight weeks. 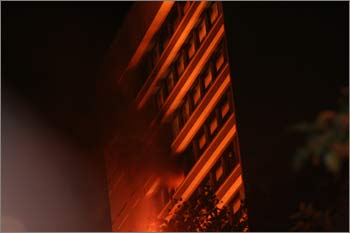 What do you make of the David Headley case?

My prediction is that the word of the year 2011 is going to be fidayeen as in Mumbai-style fidayeen terrorist attacks.

As per a recent WikiLeaks cable, the US Drug Enforcement Administration has become a vast international spy network.

The DEA now has 87 offices in 63 countries and close partnerships with governments that distrust the CIA. It is also documented that Headley was employed by the DEA.

Most of the people especially in India are asking wrong questions to the wrong people.

For instance, what is the connection between the Inter-Services Intelligence and the CIA?

Could the Lashkar pull this off in Pakistan without the ISI's knowledge?

Could the ISI pull this off with Lashkar without the CIA knowing?

Who benefits from a terrorist attack on India?

What about Sajid Mir, is he the mastermind or Headley?

What about Ilyas Kashmiri and his role in 26/11?

Even though there are many blatant and obvious inconsistencies, most people are being distracted with false flags.

There is a huge disconnect between what the public is being told and the reality.

There are many pawns involved possibly even Headley himself. I do not want to elaborate much more than this for many reasons.