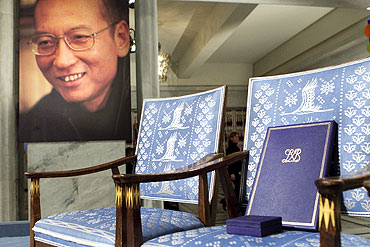 While India was prepared to talk tough on some issues, crucial issues like disparity in trade and China's support to Pakistan and border issues have not been dealt with adequately during Chinese Premier Wen Jiabao's visit, says strategic expert  B Raman

India has begun being more assertive against China than it was till the end of last year, but not yet in an adequate measure so as to be able to make an impact on Chinese policy-making towards India.

That is the conclusion emerging from a study of the joint statement issued at the end of the talks between Prime Minister Manmohan Singh and Chinese Premier Wen Jiabao in New Delhi on December 16.

In my earlier articles, I had drawn attention to two instances of welcome Indian assertiveness against China -- firstly, ignoring Beijing's unhappiness over the visit of the Dalai Lama to Tawang in Arunachal Pradesh earlier this year and secondly, attending the ceremony held in Oslo on December 10 to award in absentia the Nobel Peace Prize to Liu Xiaobo, a Chinese human rights activist now in jail in China, ignoring Chinese entreaties and pressure tactics not to do so.

China's reluctance on Pak-sponsored terrorism is a flea bite 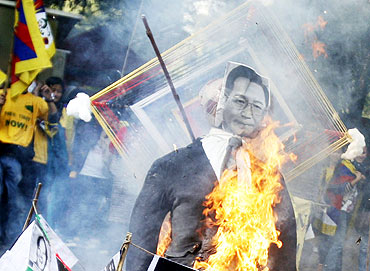 A third instance of welcome Indian assertiveness could be read between the lines while analysing the joint statement. The standard formulation that India adheres to the one China policy and recognises Tibet as an integral part of China has been absent. The statement issued during Wen's previous visit to Delhi in April 2005 had said: "The Indian side reiterated that it recognised the Tibet Autonomous Region as part of the territory of the People's Republic of China and that it did not allow Tibetans to engage in anti-China political activities in India."

The latest statement does not incorporate any such assurances to China. This is an expression of Indian unhappiness over the Chinese coming out in recent months in indirect support of Pakistani claims of sovereignty over Pakistan-occupied Kashmir, including Gilgit and Baltistan, while diluting its post-1999 support to Indian claims of sovereignty over Jammu & Kashmir.

China's reluctance to support us on the issue of Pakistan-sponsored terrorism is a flea bite. We need not lose sleep over it. But, its abandoning the neutral policy followed by it after 1999 on Indian and Pakistani claims of sovereignty over J&K has been a serious development with likely long-term consequences and it is time we made it clear that if China does not respect India's territorial integrity, India is no longer bound to respect China's. 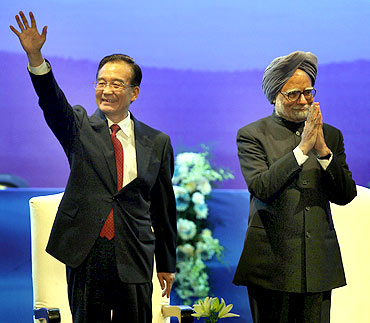 That is the hint that India has hopefully conveyed to Beijing by not agreeing to incorporate the usual formulations on the so-called One China policy and Tibet.

We should not stop with this. We should move further forward by having a second look at our Tibetan policy, including our interactions at the official level with the Dalai Lama. There was a welcome surge in Tibetan demonstrations in Delhi during the visit of Wen. This is a hopeful indicator that in future Indian attention to Chinese sensitivities will be in direct proportion to Chinese attention to Indian sensitivities.

The bilateral economic relations continue to move forward. Contracts worth $16 billion were signed during the visit. It was decided to try to increase the value of bilateral trade from $60 billion expected by the end of this year to $100 billion by 2015. Unfortunately, the economic relations have been moving forward in a direction more favourable to Chinese than Indian interests.

The adverse balance of trade in India's disfavour ($19 billion) continues to increase despite repeated Chinese assurances to redress it.

China has added to strategic threats in Leh-Kargil sector 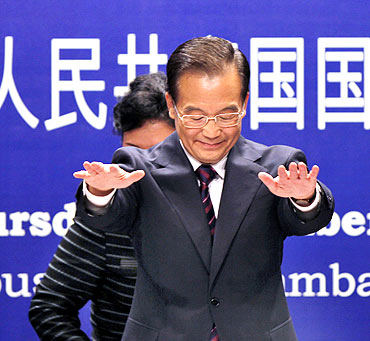 China has benefited enormously from the bilateral economic relations. Expectations that this could render Beijing more amenable to solving the border dispute and more sensitive to India's major concerns over the growing China-Pakistan axis continue to be belied. The China advocated policy of keeping the border dispute in cold storage while paying more attention to the economic relations is proving to be detrimental to India.

Due to the uncertainties caused by Beijing in the Arunachal Pradesh sector by further developing its infrastructure in the so-called Tibet Autonomous Region and by holding two exercises by the People's Liberation Army (Air Force) in Tibet this year - one of them involving the suspected movement of missiles by the Qinghai-Lhasa railway and the other involving air-ground exercises with live ammunition at high altitudes by combined units of the Air Force and the Artillery -- India has been forced to spend more on the development of the infrastructure in the north-east.

At the same time, the lack of progress in solving the border dispute in this area has come in the way of the economic integration of Arunachal Pradesh with the rest of India.

By increasing its presence in the Gilgit-Baltistan area, China has added to the strategic threats in our Leh-Kargil sector, which would necessitate greater attention to the development of infrastructure in this sector at a time when we still seem to be struggling to develop the infrastructure and our defence capabilities in the Arunachal Pradesh sector.

Strategic relations have to be a two-way traffic 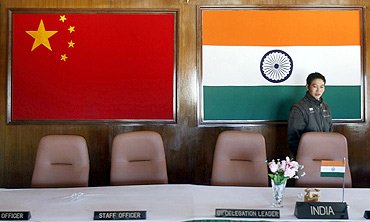 Our reviewing the Tibetan policy could help us in the Arunachal Pradesh sector, but not in the Kargil-Leh sector facing Gilgit-Baltistan. A review of our interactions with the nationalist elements in Xinjiang in China and in Gilgit-Baltistan is necessary in this regard.

A sustained Indian policy of paying more attention to developments in China's peripheral areas has to be an important component of our policy of assertiveness. In an article of September 9, titled "One India and One China", I wrote as follows: "Our recognition of Tibet as an integral part of China and our acceptance of the one China policy of Beijing without a quid pro quo from Beijing in the form of acceptance of J&K as an integral part of India and of the One India policy have proved counter-productive.

"Better relations with China on mutually and equally advantageous terms and not on terms which favour China alone, but not India should be our policy. A clear message in non-provocative language has to go to Beijing that India has been disillusioned by the self-centred policies of Beijing and its lack of reciprocity in respecting our core interests. Strategic relations have to be a two-way traffic and based on quid pro quo. For China, they are a one-way traffic benefiting only its core interests. We should no longer accept this."

Those observations still remain valid. That is the inevitable conclusion from the Wen visit.