Ayman al-Zawahiri in PoK! Will meet same fate as Osama? 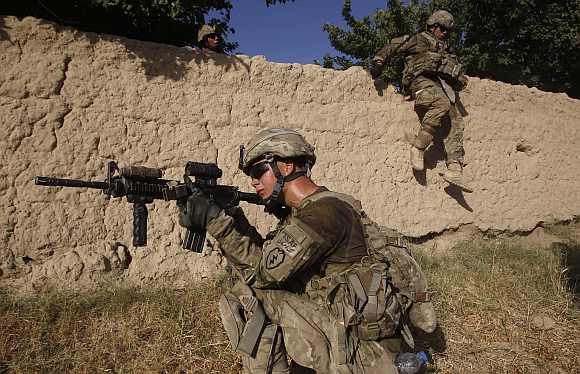 Image: US army soldiers from Charlie company 4th platoon,1st brigade 3-21 infantry, jump over a wall during a patrol in the village of Chariagen in the Panjwai district of Kandahar province southern Afghanistan
Photographs: Reuters Aziz Haniffa in Washington DC

America has cracked the code to how the Al Qaeda communicates, and they will soon track down Osama-bin-Laden's deputy Ayman al-Zawahiri, who is operating relatively close to Rawalpindi, says erstwhile Central Intelligence Agency analyst Bruce Riedel.

Bruce Riedel, an erstwhile Central Intelligence Agency analyst and senior National Security Council official in the Clinton administration, who spearheaded President Barack Obama's strategic review on Afghanistan and Pakistan, has said he would take author Ahmed Rashid's contention that the "US-Pakistani relationship is so bad today that it is as if we were on the brink of war."

Riedel, now a senior fellow at The Brookings Institution, who also participated in the seminar titled 'Pakistan on the edge: The future of Pakistan and the US response', which also featured a discussion of Rashid's most recent book, Pakistan on the Brink, argued that "I'd take it a step further," declaring that "we are in a war."

"The United States and Pakistan effectively are fighting a proxy war in Afghanistan," he said, and noted that "it is the ISI (Inter-Services Intelligence) that makes it possible for the Afghan Taliban to function as it functions today." 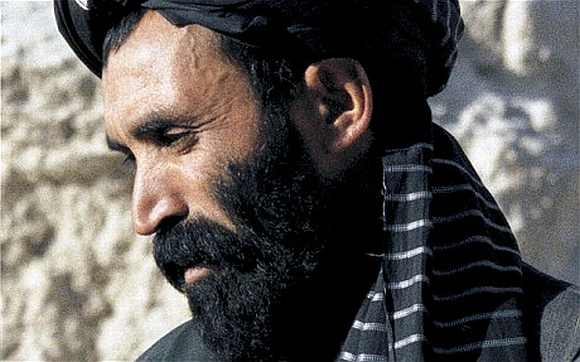 Riedel said, "If there was no ISI support, there would still be an Afghan Taliban, but not at the level of capability that they have today."

He said that "a recent NATO study based on the interrogation of 4,000 captured insurgents, which has been leaked to the press, very dramatically lays on the relationship between the ISI and the Taliban, and how dependent the Taliban really are now on the ISI in the wake of the increase in American forces in Afghanistan, and the increase of American operations, especially in the south."

"But dysfunctional relationships seem to work pretty well in South Asia for long, enduring periods of time," he said, and predicted, "I don't see this one breaking down, either.'

'US and Pak governments in denial about straining ties' 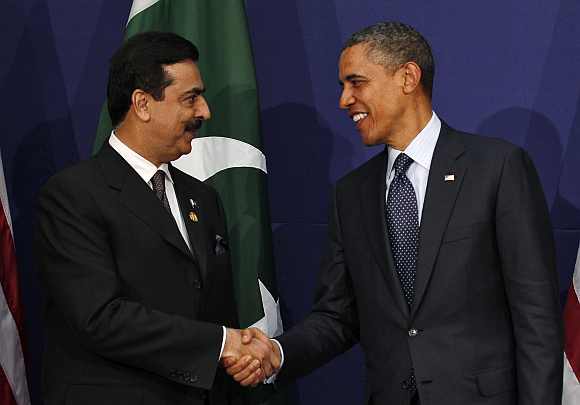 Image: US President Obama shakes hands with Pakistan's PM Gilani during their bilateral meeting at the Nuclear Security Summit in Seoul

"We created a series of veils to pretend that we had common interests, but the veils progressively have fallen off," he said, and added, "a big veil fell off on the night of May 1, 2011 -- took off a lot of veils, and the veils now, are pretty much gone."

But Riedel said, "What's unfortunate is there is still a state of denial on the part of both governments that they're in a proxy war, and a pretense that there's something else that's going on."

But he said that "denial will slowly fade away as well."

Riedel also agreed with Stephen Cohen that there was a significant "dysfunctionality of the American interagency system," and said, "What we need is to restore a vibrant and strong South Asia bureau in the US State Department, and have it paralleled by a strong South Asia desk in the White House that looks at this problem in a holistic way, rather than splitting it up and cutting it up into little pieces."

But he bemoaned, "I, unfortunately, don't see that prospect in the near-term horizon," and expressed the hope "that the next administration, whether it's a second Obama administration or a Republican administration, would go back to looking at South Asia in a holistic way." 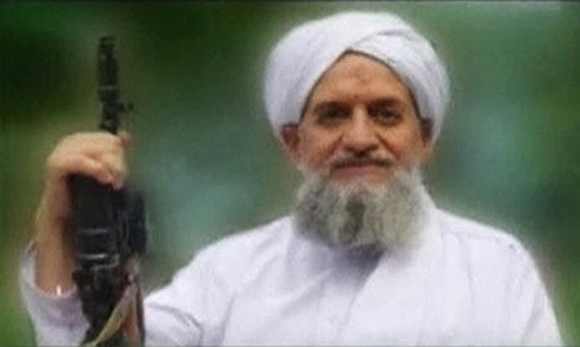 Image: A photo of Al Qaeda's Ayman al-Zawahiri is seen in this still image taken from a video released on September 12, 2011
Photographs: Reuters

Riedel also said he believed that Osama bin Laden's deputy, Ayman al-Zawahiri is somewhere in Pakistan occupied Kashmir, "relatively close to Rawalpindi," and that the Central Investigation Agency would find him  "sometime in the foreseeable future. They are on the track. They have demonstrated, in finding Osama bin Laden, that they've cracked the code to penetrating how the Al Qaeda communicates, and they will find Ayman al-Zawahiri."

He said, "When they find him, one thing is certain -- this President will send in another commando team," and added, "Whatever you may think of Barack Obama's first three years in office, one thing he has demonstrated, without doubt in my mind, he's prepared to pull the trigger and kill terrorists whenever he finds where they are. And when they find Ayman al-Zawahiri, he will pull the trigger again."

And, Reidel said, if the Pakistani army "is embarrassed over Osama bin Laden, it will be embarrassed, humiliated, when it happens a second time." Also damaging the possibility of US-Pakistan relations in the future, according to this intelligence expert, was the perception of the personal image of Pakistani President Asif Ali Zardari.

"Given his own personal, given his image, given the fact that he is Mr 10 per cent, if not Mr 20 per cent, that only damages the possibility of a vibrant US-Pakistani relationship in the future," he said.

Riedel said, "In other words, if you're a salesman is as bad a salesman as he is, it doesn't help to sell your product as you're trying to look forward to a better US-Pakistani relationship."