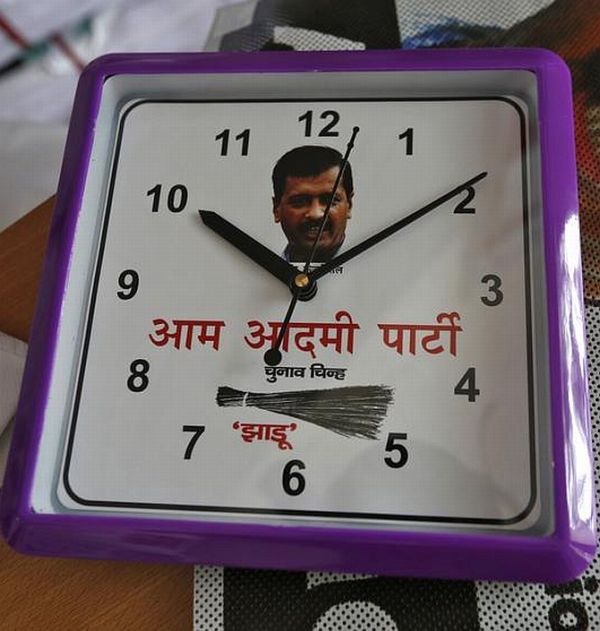 What kind of impact AAP's strong debut will have on the political discourse in the country, wonders Mayank Mishra

An impressive debut is not the only feature of the Arvind Kejriwal-led AAP in the elections. There have been instances of spectacular debuts by political parties. The N T Rama Rao-led Telugu Desam Party or Prafulla Kumar Mahanta's Asom Gana Parishad did even better in their maiden elections. However, the way AAP selected its candidates, arranged campaign finance, designed communication strategy and focused on issues might have a lasting impact on elections to follow.

AAP is perhaps the only party that relied completely on contributions from people to fund elections. It decided to collect Rs 20 crore by way of donations to contest the 70 Assembly seats in Delhi.

According to AAP’s website, since October 1, the party had received donations from as many as 21,010 people. While the bulk of the contribution (nearly Rs 14 crore) came from within the country, the party received Rs 2.17 crore from the US, Rs 1.4 crore from Hong Kong, Rs 62 lakh from the United Arab Emirates, Rs 58 lakh from Singapore and Rs 38 lakh from the UK.

AAP leaders said the party had sought to eliminate the influence of money and muscle power in elections. Anand Kumar, professor at Jawaharlal Nehru University and AAP leader, said “criminalisation of politics, use of black money in elections and decline of inner-party democracy” had hit the legitimacy of political processes and AAP was an attempt to set that right. Another unique feature about AAP has been the use of volunteers during the campaign. The party relied heavily on nearly 7,000 dedicated volunteers for a door-to-door campaign.

More than 80 per cent of volunteers were working professionals who either quit their jobs or took a break from work to campaign for AAP.

“The services sector makes up nearly 60 per cent of the country's gross domestic product. Many people, especially in metros like Delhi, work in sectors whose voices are rarely heard. They were part of Anna Hazare's campaign. They took to the streets following the horrible incident with the girl last year. The same set of people are asserting themselves through the Aam Aadmi Party,” explains Anand Pradhan, who teaches at Indian Institute of Mass Communication (IIMC).

Through its unique campaign strategy, it managed to get support from all sections of the electorate. Not only did it do well in constituencies dominated by the upper-middle class (New Delhi) but also where migrants from Uttar Pradesh and Bihar (East Delhi) live.

A Centre for the Study of Developing Societies (CSDS) survey during the 2003 Assembly elections noted that less than a tenth of these migrants were in well-paid professional jobs. Most of them, 34 per cent for those from Bihar and 27 per cent for Uttar Pradesh, end up in lowly paid jobs in the unorganised sector.

For them, rising rents are a cause of concern, the cost of owning a house is beyond their reach, regular water supply is a dream and power tariffs are a bit on the higher side. Migrants from these two states alone, numbering 3.5 million, constitute 25-30 per cent of Delhi's voters. According to estimates, migrants from these states can decisively influence electoral outcome in 16 Assembly seats. 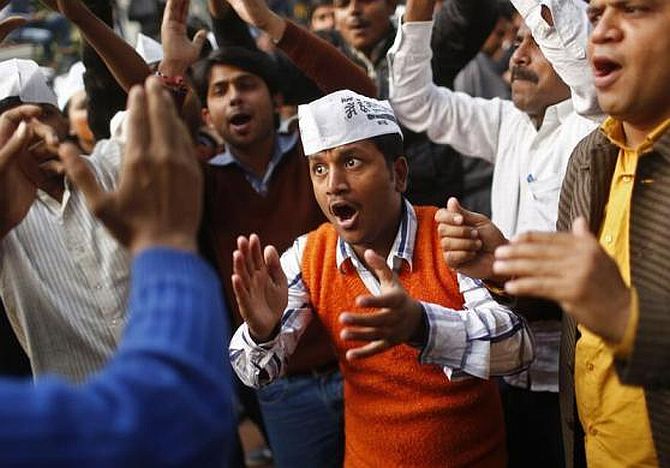 For the people on the margin in cities like Delhi, AAP offered a set of policies that appealed to them.

Says Sanjay Kumar, a CSDS fellow, “The economic liberalisation has not been so beneficial for all those people who have been at the margin, especially in urban areas. They are seeking an alternative set of policies.” His recent book, Changing Electoral Politics in Delhi: From Caste to Class, says Delhi is not one but three cities -- of the upper class, the middle class and the lower class -- rolled into one. The three cities differ on political issues and, therefore, vote differently, he argues. Surprisingly, the three cities had one thing in common this time round: their support for AAP. That is the reason why the party did well in affluent as well as underdeveloped areas.

AAP got a sizeable number of first-time voters and college students. This group has no less than 360,000 members and constitutes almost three per cent of the electorate. For this group, AAP's exhortation of a corruption-less government was a major rallying point. AAP's support base consists of 110,000 schoolteachers and 100,000-odd auto-rickshaw drivers.

Now the question is, what kind of impact AAP's strong debut will have on the political discourse in the country? Will it give a fillip to parties like former IAS officer-turned-politician Jayaprakash Narayan's Lok Satta Party? Political observers are of the view that AAP has shown elections can be successfully fought without money or muscle power, without star campaigners, without big rallies and without taking recourse to primordial identities like caste or religion. It brought out issues like electricity tariff, free water supply, decentralisation, etc, to the fore and forced other parties to react to them, they add. Are we going to witness a similar trend — a brand new political discourse — in the coming Lok Sabha elections?

Social scientist Dipankar Gupta is not so hopeful yet. He says while AAP has done better than expected "I think its influence is limited to Delhi. This is because the expressions against corruption are most concentrated in the capital. This is not independent of Anna Hazare's rally in the Ram Lila grounds nor of the constant intrusion of VIP swagger on ordinary lives". However, he adds, "it is not unlikely that it might inspire new entrants into politics". IIMC's Pradhan argues along the same line and says AAP's good showing will definitely have some impact but "things will change only a bit, not completely".

For AAP, though, it is just a beginning. The party's leaders claim it has made strong footholds in more than 300 districts of the country covering 16 states. For, the party is in the business of "clean politics with a view to promoting participatory democracy," says Anand Kumar.