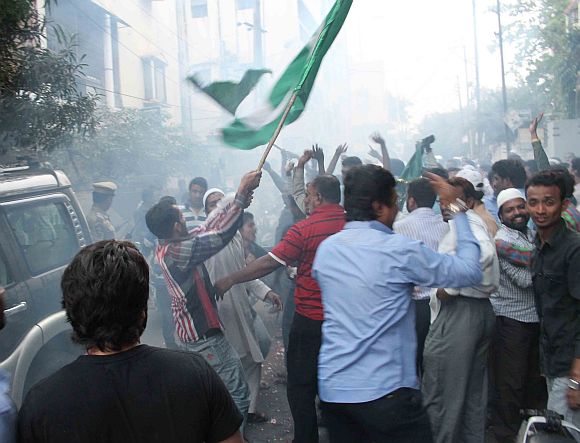 Majlis-e-Ittehadul Muslimeen chief and Hyderabad MP Asaduddin Owaisi was on Thursday granted bail in connection with a 2005 case against him for allegedly obstructing the then Medak district collector and other officials from discharging their duties.

Asaduddin was sent to judicial remand on January 21 till February 2 by the Judicial First Class Magistrate and Prohibition and Excise Special Court in Sangareddy town, which dismissed his 'recall petition' seeking cancellation of NBW issued against him and his brother Akbaruddin when they "failed" to appear before the court in connection with the case.

The MIM chief, who is accused number one in the case, was lodged in the Medak district jail at Kandi, six kilometres from Sangareddy. Jail authorities released him after bail orders were produced before them. 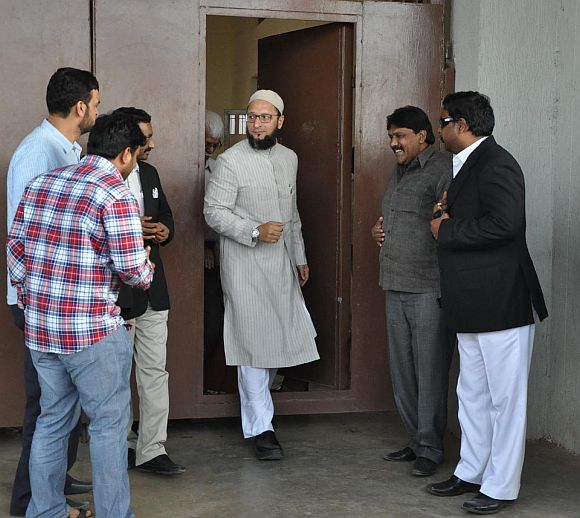 Speaking to media persons after his release, Asaduddin said that his fight against the misrule and anti-people and anti-minority policies of the Congress government will continue.

"The Congress and Kiran Kumar Reddy government have joined hands with the Bharatiya Janata Party to murder democracy in the state," he said.

The 5th Additional District Judge court in Sangareddy town of Medak district allowed Asaduddin's bail plea and directed him to furnish a personal bond for Rs 10,000 and 2 sureties of like amount.

The defence had submitted that Asaduddin had to attend a conference in Hyderabad on January 25. 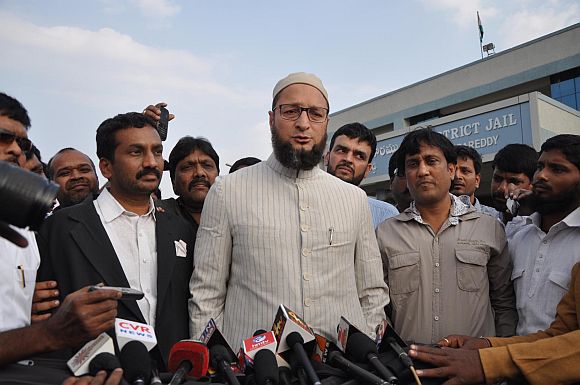 The case was registered on a complaint by a revenue official, that Asaduddin, his younger brother (presently in jail at Adilabad district in an hate speech case) and others protested demolition of a place of worship at Muttangi village near Patancheru during a road widening work of Hyderabad-Mumbai National Highway.

They had allegedly engaged in heated arguments with the then Medak District Collector A K Singhal and other officers during the protest and Owaisi brothers had allegedly pushed the Collector.

The Owaisi brothers had "failed" to appear before the court, after which a non-bailable warrant was issued against them.

Owaisi brothers and others were booked under sections 153-A (promoting enmity between different groups on grounds of religion), 147 (rioting), 186 (obstructing public servant while discharging duties) and seven other sections of the IPC. 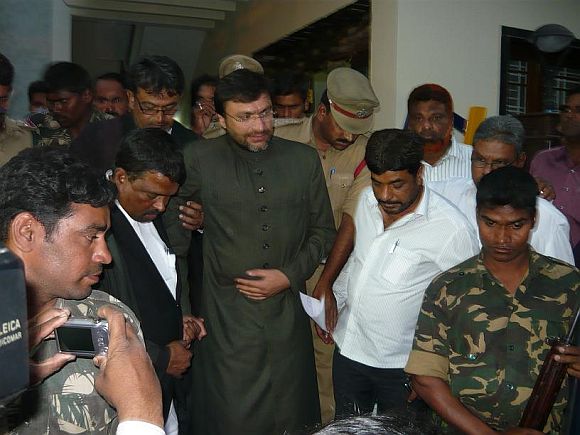 In a related development, the Nizamabad district police has took custody of Akbaruddin from Adilabad district jail and produced him at the residence of second additional magistrate who remanded him in judicial custody till February 7 in connection with the hate speech case registered by Nizamabad Two Town police.

He was later taken back to Adilabad District Jail.

Apart from Nirmal police station case in Adilabad and the Nizambad case, Akbaruddin is facing cases in Hyderabad, Kadapa and Karimnagar districts.

Meanwhile, a delegation of the United Muslim Forum met Governor E S L Narasimhan and urged him to withdraw cases against the Owaisi brothers. The delegation, led by forum convenor Abdul Raheem Qureshi, requested the governor to issue directions to the state government to release the two leaders.