Since April 15, when the PLA soldiers intruded and settled themselves at DBO, the Army has started identifying vulnerable areas where the Chinese may adopt similar tactics to test the nerves of the Indian establishment, reports RS Chauhan

The Army has asked all its brigades deployed along the Line of Actual Control to reassess their patrol pattern and identify gaps that the Chinese Peoples Liberation Army may exploit to make incursions similar to the current standoff at Northern Ladakh's Daulat Beg Oldie, highly placed sources have said.

Indian Army guarding the LAC with China that stretches from Arunachal Pradesh on the East to Ladakh in the North West, carry out two types of patrols, one ordered and vetted by the Military Operations Directorate at the Army HQ and the other decided at the local brigade or division level.

Since April 15, when the PLA soldiers intruded and settled themselves at DBO, a strategically located area which also has an airstrip capable of landing AN 32 and C-130J aircraft, the Army has started identifying vulnerable areas where the Chinese may adopt similar tactics to test the nerves of the Indian establishment.

The last time such an incident had taken place was in 1986 at Wangdung in the Sumdorung Chu area in Arunachal Pradesh. Unfazed, then Army Chief Gen K Sundarji had airlifted an entire battalion to the area and moved forward a brigade for an eyeball-to-eyeball deployment which eventually forced the Chinese to retreat. 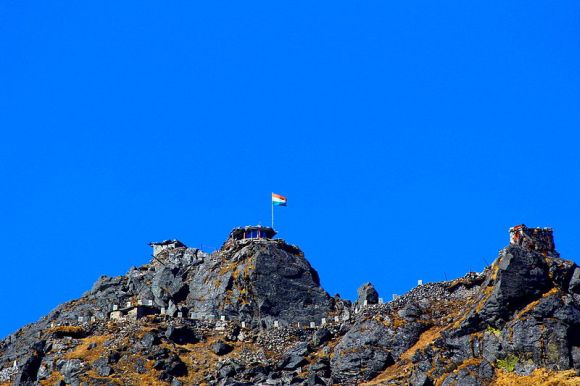 While no such precipitate action is expected under the current dispensation, the Army is likely to draw up a contingency plan for all such areas.

The Army HQ has also decided to take up once again the issue of handing the operational command and control of the ITBP deployed along the LAC to the Army.

The area of DBO where the latest faceoff has occurred is under the ITBP's jurisdiction. While the Chinese have frequently come into the area in the past, they have never stayed put. The ITBP, sources say, is being held responsible for the lapse in not anticipating and preventing the Chinese encampment at DBO.

A flag meeting between the sector commanders is likely to take place in the next few days and the Chinese are expected to go back, but this episode is likely to once again reignite the debate whether New Delhi is too timid in dealing with China.