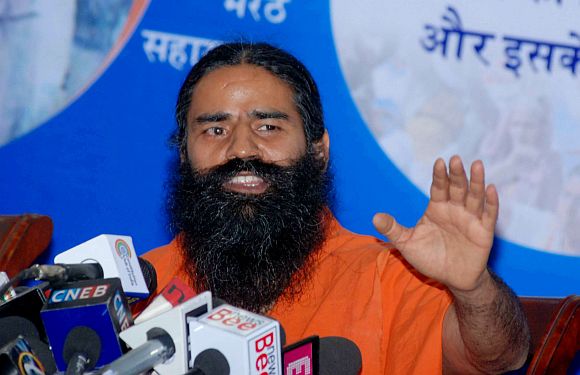 Would you call your recent agitation in Delhi successful?

Any movement's strength, win or loss, depends on the [reaction of] the public. On the issue of corruption and black money, the whole country is with us -- in Parliament, outside Parliament and on the streets.

Even those partners of the Congress who support it in Parliament, Bhai Mulayam Singh Yadav and Behen Mayawati, came out in our support.

Ninety-nine per cent people of this country don't have money, how can they have black money? They are all with us.

It was decisive because half a million people participated in it from all over the country. In [those] five days, the Congress [-led government] didn't take even a single step to unearth black money. By its own behaviour, the Congress got exposed in front of the whole country. 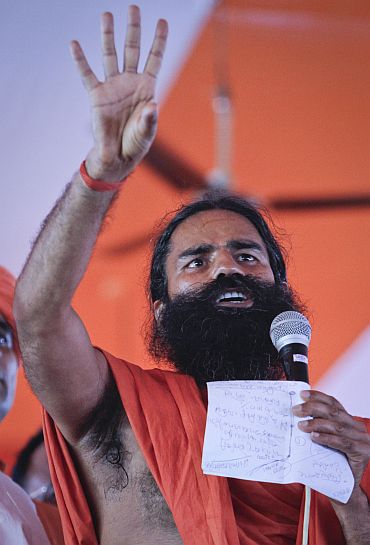 I have talked of black money outside as well as inside the country.

About 30-40 per cent of it is outside and the rest is inside. It is invested in gold, mining, real estate, infrastructure, Naxalism, etc. Foreign investment is a key source of black money. Who are the ultimate owners of it?

The government should insist that the identity of the ultimate owners be disclosed. If that happens, we'll get to know whose money it is. The government has a list of 50,000 people with black money outside [the country]. Political will and courage are required [to bring it back]. 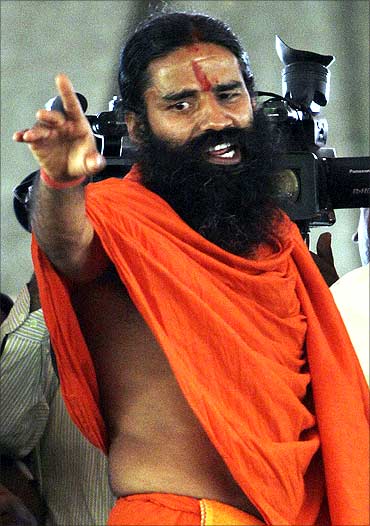 You have come out against the Congress. Are the other parties any cleaner?

The Congress has proved its credentials by not acting against black money and corruption. I have three demands: make a strong Lokpal, make CBI independent, and make the appointment of the heads of CBI, CVC, CAG and CEC impartial. But the Congress doesn't want to move [on these proposals].

You spoke of your own political party.

The corrupt have to be defeated. Those who support us have to be made victorious. I will disclose it all before the Lok Sabha elections.

What prospects do you see for the party the Anna Hazare camp wants to float? Will you support it?

It hasn't taken shape; it's just a dream. Let us see the ideology and manifesto first; then we will decide. 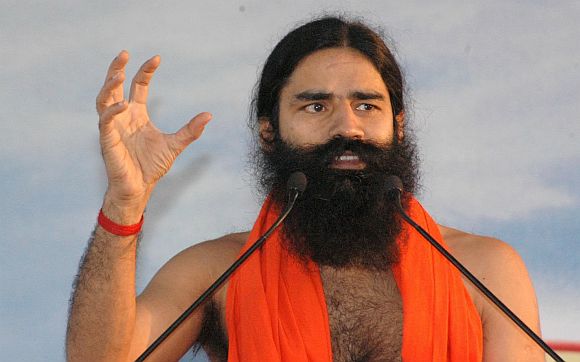 Serious enquiries against you are being made by the income-tax department and Enforcement Directorate (it investigates foreign exchange violations).

For 17 years, we have been filing income tax returns. There was no problem. It's only now, when we have started to talk about corruption that it all has started.

We have five business trusts which were all spiritual, social and charitable. Now, all of a sudden, these have become commercial trusts.

We are answering all accusations and replying to all notices. If we don't get justice then we will go to the courts. So far as the birth certificate of Balakrishna [a close aide] is concerned, CBI hasn't been able to challenge it in one-and-a-half years [of investigation]. This means he is 100 per cent truthful. He is suffering for being close to me.