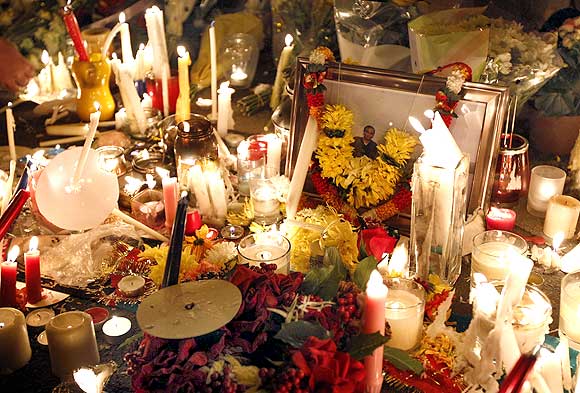 The United Kingdom police is carrying out the second post-mortem of Indian student Anuj Bidve, who was shot dead in an unprovoked attack in Salford.

Officers of the Manchester Police, who visited the Bidve family in Pune, said in a statement, "Anuj's family is very understandably keen to have Anuj returned to them. In the UK following charge of a person, the defence are entitled to a second post-mortem examination. This is taking place this morning".

They added, "Her Majesty's Coroner will then be able to consider the release of Anuj's body. Anuj's family is aware of this and the detailed reasoning behind it". 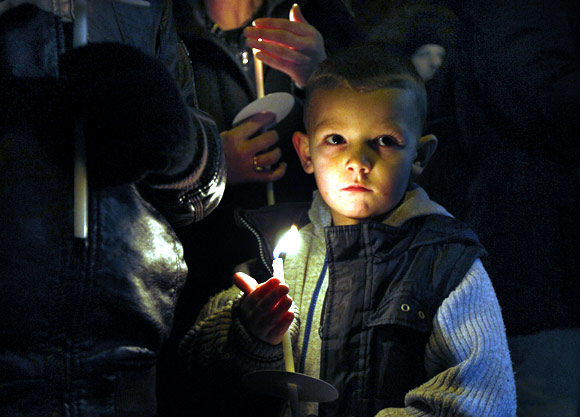 Kiaran Stapleton, who has been charged with Bidve's murder, was scheduled to appear before the Manchester Crown Court via video-link later on Tuesday.

Meanwhile, prayers by a Hindu priest marked a candle-lit vigil on Monday evening at the spot where Bidve was killed, as hundreds of people gathered to express their grief at the incident.

The gathering included many residents of the Orsdall area of Salford, where the incident took place on December 26.

Expressing shock at the incident, they said Bidve's attackers had brought shame to the area and unwelcome national and international attention to Salford.

The incident and the vigil have been widely covered in the British press.

'He could easily bring a smile to anyone's face' 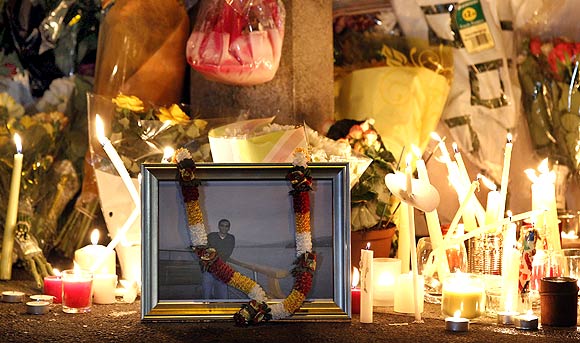 A lamppost, festooned with fresh floral tributes, became the spot for an impromptu shrine, where candles and cards with messages were placed.

The arc of light extended over time as people waited for their turn to place candles around a framed photo of Bidve.

A message from the Bidve family was read out, "He could easily bring a smile to anyone's face. His passing will not only leave a void in our lives but in the hearts of all those who knew him".

The vigil was organised by Vikrant Gupta, 24, an IT employee living in Manchester.

Gupta told the media, "When I read the news, I felt really bad. I felt I wanted to do something for him and his family". 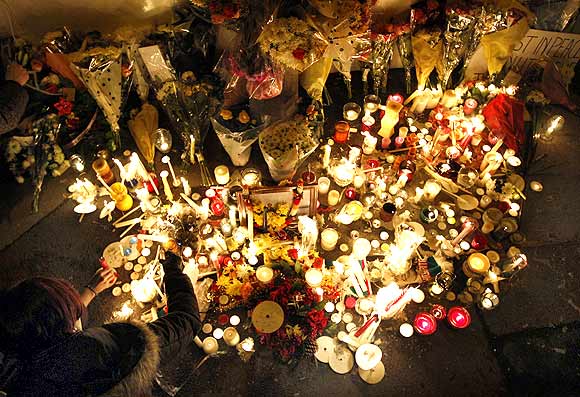 Sushant Gupta, 21, a student at Aston University and a friend of Bidve's, added, "He was the only son and he just came here three months ago. He was looking forward to this for a long, long time".

"He was so excited to see Christmas in the UK and he wanted to see Manchester United play on Boxing Day. He was a nice guy; it is a shame to lose someone so good," he said.

Another resident, Maralyn Suthers, who stood with her husband holding a candle, said, "It is just very sad. I just wanted to show solidarity with his family and friends and with the community. It is not the community that is to blame. I would like to see something set up in his name".

'People will lay flowers there for him forever' 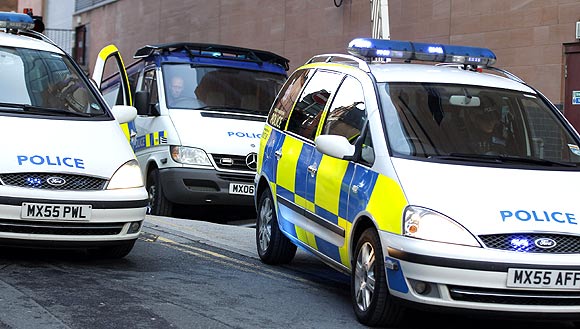 Julie Harper said, "It is a tragedy. It should not have happened. We wanted just to give a little support to show that we don't condone it.

"The majority of people in Ordsall are nice people. I have lived here all my life. People will lay flowers there for him forever," she said.

John Merry, leader of Salford City Council, said, "I am anxious that people see the good side of Salford that has been shown tonight. We have had a very positive response from the community, which paying their respect to the memory of Mr Bidve".

Senior Labour Member of Parliament Keith Vaz, who attended the vigil, said, "I have been very impressed with the local people and the way they have come out".