How did the protests start? 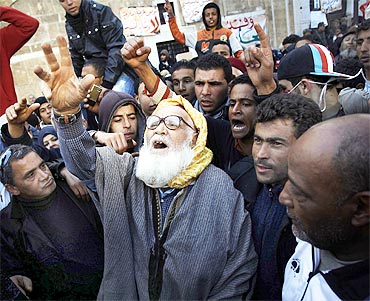 The echo of street protests in Tunisia has reverberated across other nations, triggering anti-government demonstrations in Yemen, Lebanon and Egypt. Rediff.com tells you why the Arab world is witnessing a winter of discontent.

How did the protests start?

During a demonstration against unemployment on December 17, Bouazizi set himself on fire. He died in a hospital in Ben Arous near Tunis on January 5, 2011, igniting nationwide protests.

Why did Tunisians protest against the president?

Ben Ali, who had taken over the presidency in 1987 after a bloodless coup, faced several charges of corruption and despotism. He, along with his family members, had allegedly amassed a fortune in foreign banks.

How did the Tunisian president tackle the unrest? 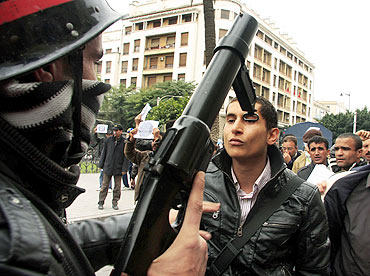 Initially, Ben Ali declared a state of emergency to quell the wide-spread street protests and even threatened to shoot the protestors. But when the protests showed no signs of abating, he was forced to flee the country he had ruled for 23 years.

After his request for asylum was turned down by France, Ben Ali and his immediate family sought refuge in Saudi Arabia, where he is reportedly hiding now.

What is the present situation in Tunisia? 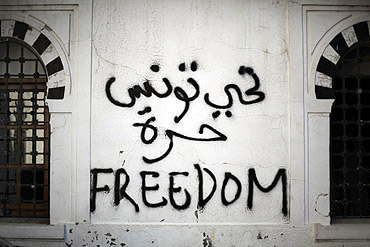 A new coalition led by Prime Minister Mohamed Ghannouchi, a loyalist of Ben Ali, has taken over the Tunisian government. But opposition parties have called the new government a sham, while thousands of people have taken to the streets again to protest.

Residents of the country's impoverished rural areas have declared that no ally of the former despot will be allowed to remain in power.

Why did the protests spread to the rest of the Arab world? 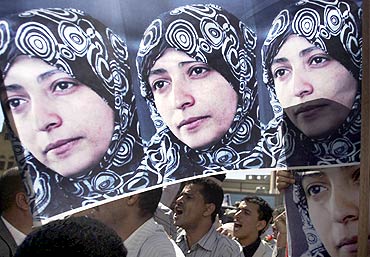 The echoes of the protests in Tunisia have reverberated across other nations, triggering anti-government demonstrations in Yemen, Lebanon and Egypt.

The causes behind the unrest are the same in each country -- despotism, suppression of the rights of the people, excesses of security forces in dealing with people's movements, unemployment, inflation, corruption, opulence of leaders etc

What is happening in Yemen? In Yemen, protesters took to the streets to condemn the arrest of rights activist Tawakul Karman. Karman was arrested by the authorities for leading student rallies against the government in capital Sanaa last week.

Student protesters, inspired by the popular ouster of Tunisia's president, have been holding demonstrations against Ali Abdullah Saleh, who has ruled Yemen for 32 years.

What is happening in Lebanon? 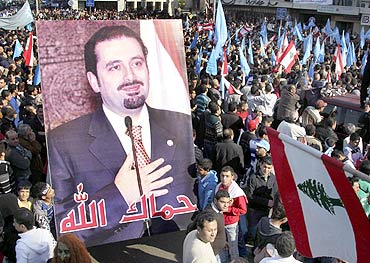 Sunni Muslim supporters of Lebanon's caretaker Prime Minister Saad al-Hariri are protesting against the nomination of Hezbollah-backed Najib Mikati as the next PM.

Hezbollah and its allies toppled Hariri's government two weeks ago in a dispute about indictments in the investigation of his father's killing.

What is the present situation in Lebanon? 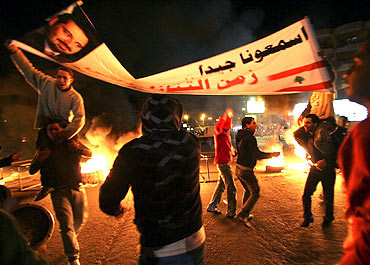 Supporters of Hariri have accused Hezbollah of carrying out a coup to put Lebanon's premiership under Iranian control. They want Hariri to remain as the PM and form the new government.

What is happening in Egypt? 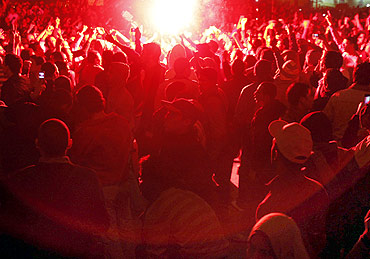 Hundreds of Egyptian protesters, including journalists, have been arrested during unprecedented mass protests against President Hosni Mubarak's autocratic regime.

Egypt witnessed a second 'day of anger' against the 30-year-rule of Mubarak on Thursday, as thousands of protesters took to the streets, shouting slogans like 'Down with Hosni Mubarak, down with the tyrant' and 'We don't want you'!

What is the present situation in Egypt? 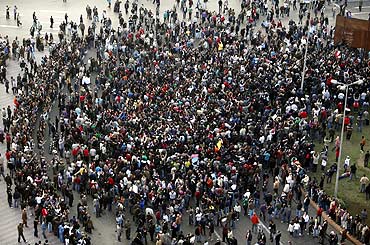 Two persons -- a protester and a policeman -- were killed on Wednesday, bringing to six the death toll in the two-day protests, media reports said.

The interior ministry has released a statement warning that no further demonstrations of any kind would be tolerated.

The protests in Egypt have threatened to destabilise the regime of Mubarak, a close US ally in the Arab world.