'Perpetrators of 26/11 are not heroes in Pakistan' 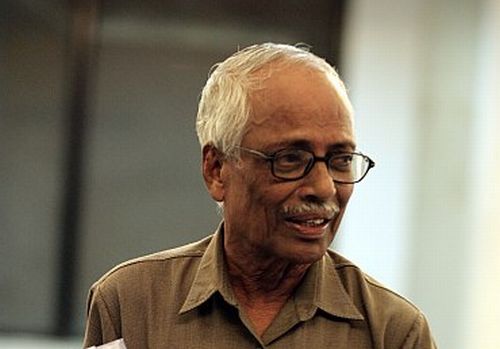 'People of Pakistan abhor violence, they have seen so much. They did not and do not support the 26/11 terror attacks on Mumbai,' B M Kutty, a Pakistani activist from Kerala, tells Rediff.com's Athimuthu Ganesh Nadar in an exclusive interview.

On November 26, India observes the fourth anniversary of the terror attacks in Mumbai that left behind a trail of shattered lives.

The execution of Ajmal Kasab, the lone terrorist captured alive during the horrific attacks, days before the anniversary, has stoked renewed sentiment in India.

In the midst of all the pent-up emotion and political rhetoric are activists like Biyyathil Mohyuddin Kutty, a Pakistani citizen from Kerala, who have been trying to filter in the message of peace to people on both sides of the border.

Kutty was just 19 when he left his native Kerala for Pakistan without informing anyone from his family. Since then, he has been actively involved in Pakistan's Left politics.

He served as political advisor to the then governor of Baluchistan when Zulfikar Ali Bhutto was Pakistan's president. He also worked with Benazir Bhutto when she was the Opposition leader.

In 2011, he published his memoir, Sixty Years in Self Exile: No Regrets.

Now 84 years old, Kutty works for the Pakistan Institute of Labour Education and Research. He is a prominent figure in campaigns for peace, justice and the dignity of labour in Pakistan.

Rediff.com's Athimuthu Ganesh Nadar spoke to Kutty, who lives in Karachi, over the telephone:

"Right after 26/11 I had come to India with 15 others, including a former law minister of Pakistan," says Kutty. "We went to Punjab, Kolkata and Chennai among other places. We spoke to people and students at university."

"We explained that the people of Pakistan abhor violence, they have seen so much. They did not and do not support the 26/11 terror attacks on Mumbai."

'Pakistanis want peace as much as the citizens of India' 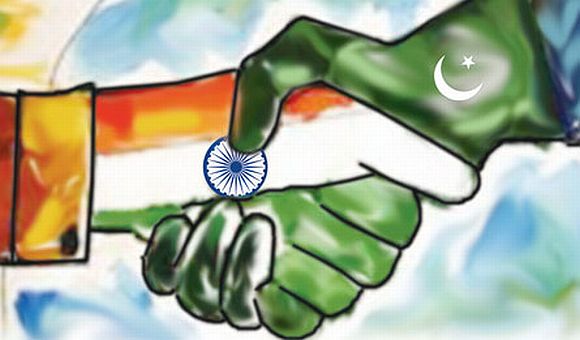 "Now that the government of Pakistan has admitted that 26/11 was plotted in Pakistan and also identified the places where this was done, the ordinary Pakistani knows what actually happened," Kutty adds.

"The citizens here (in Pakistan) condemn violence here and everywhere," he says. "They hate it. They do not support violence."

"The perpetrators of 26/11 are not heroes here," he . They are condemned as much as the terrorists who attack the citizens of Pakistan."

"I have come to India many times and will come again next month. Pakistanis want peace as much as the citizens of India," emphasises Kutty.

"It is the religious extremists on both sides of the border who indulge in violence and other hate tactics."

"Do not confuse their voice with the voice of the ordinary people. The suspicion that is there between the two governments has to go if we have to improve the relationship between the two countries. This is where ordinary citizens like you and me can work to bring the polity together."