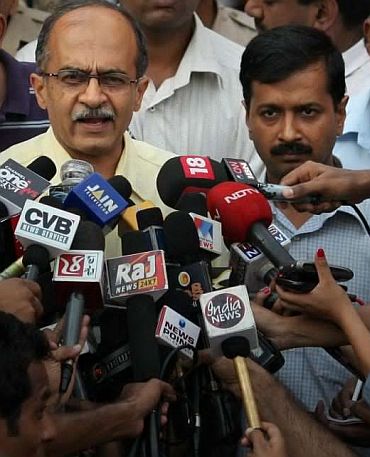 Hectic political activity is on in New Delhi on Friday with the government upset with what it terms as Team Anna's attempts to seek political consensus on its Jan Lokpal Bill. There is also uncertainity surrounding the scheduled debate in Parliament over the draft bill.

Parliamentary Affairs minister Pawan Kumar bansal on Friday told media persons that the Jan Lokpal Bill had not been listed on the board for discussion, indicating that it could still be some time before there is some sort of an agreement between Team Anna and the government.

A government source said, "The manner in which Team Anna has been going about meeting political parties to seek consensus on Anna Hazare's Bill, has upset the government." 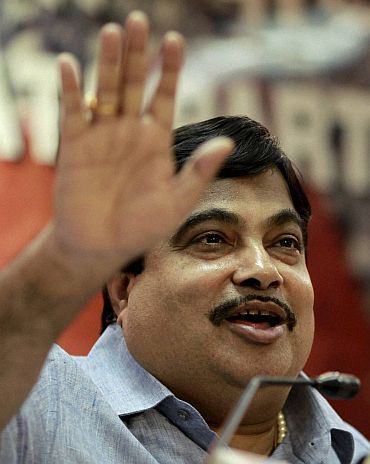 At the end of the discussion, Anna Hazare's associates claimed broad support of the party.

Gadkari said, "We had our discussions with Team Anna. The discussions were positive. Both sides tried to understand each others' perspectives. BJP appreciates their stand and assures our support to Team Anna."

On Friday morning, Kiran Bedi tweeted, "Team Anna continues its communications with other political Parties. Prashant Bhushan on his way to meet Prakash Karat of Communist Party of India-Marxist"

The Congress believes that Team Anna is now trying to give the whole campaign a political colour. 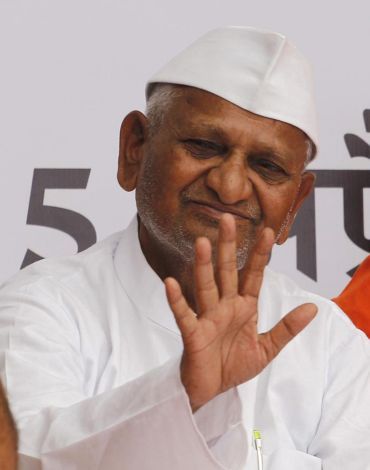 When Union Minister Vilasrao Deshmukh has already been meeting Team Anna to try and break the deadlock, what is the need for them to go knocking the door's of the BJP or any other political party, the source said

Meanwhile, Finance Minister Pranab Mukherjee and Law Minister Salman Khursheed are working on the modalities of the resolution to be brought before Parliament

The debate in Parliament will address three points of dispute on which talks have been stalled between the two sides.

The first dispute is that Team Anna wants the Lokpal to be allowed to cover junior bureaucrats so that graft is combated 'from the villages to our ministries'.

The second is that Hazare wants the Lokpal model to be replicated in states.

Finally, he wants government departments to adopt a citizen's charter that would punish officials for under-performance. The government has refused to relent on these.