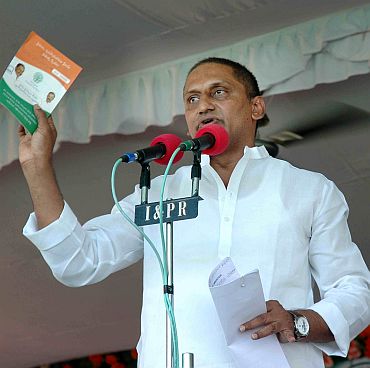 The Andhra Pradesh government appears to be testing the waters on the Telangana issue.

As students from the Telangana region went on a mass indefinite hunger strike from Monday onwards, the government has made its decision on the issue and is trying to buy more time before it could make an announcement.

Sources now confirm that the decision to hand over a separate Telangana has already been made by the government in consultation with the Union government.

Earlier, it was being said that they would keep Hyderabad as a common capital for five years. But now they have decided to maintain that position for ten years. 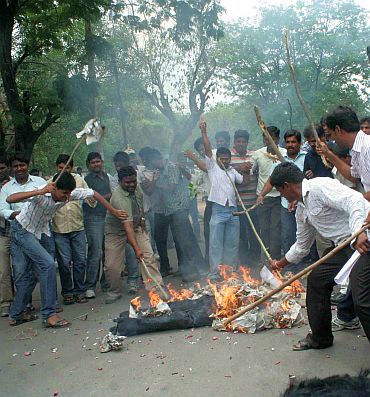 There is an ongoing consultation process with leaders from all parts of Andhra Pradesh on the issue.

While leaders from Andhra and Rayalseema appear to have agreed to this position, the leaders from Telangana continue to remain adamant about sharing a capital.

The government says that it has no choice, as any change in this position would be very unfair on the cosmopolitan population of Hyderabad.

But Telangana leaders say that this is being done only to facilitate the investors who fear that they may lose out if Hyderabad becomes an exclusive capital of Telangana. 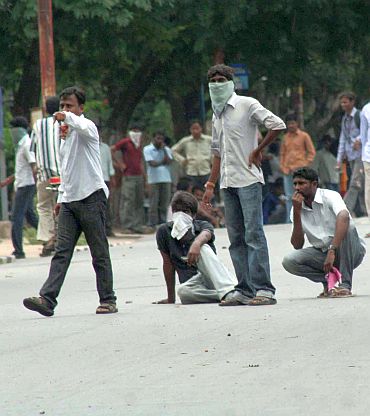 The leaders have also assured that they would pose no threat to the existing population of Hyderabad from different regions, but the leaders of the other regions have no confidence in this assurance.

Earlier, the government had decided to wait until August to make this decision.

However, if the situation gets out of control it may be just a week or two before the government announces a separate Telangana. 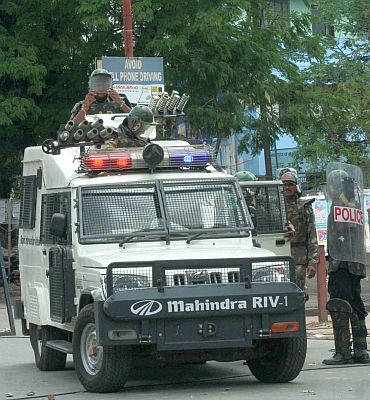 Currently, the Union government is battling its own set of problems that has made them keep this issue on hold for some time.

But the Andhra Pradesh government has been advising them to arrive at a decision soon, as things are getting out of control in the state. 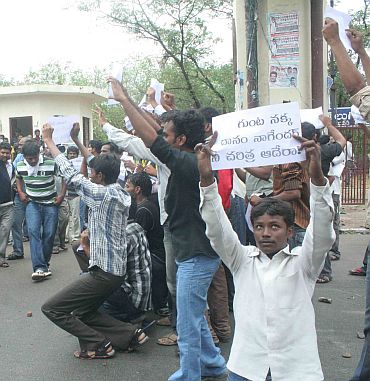 Meanwhile, the situation at the Osmania University has turned worse with the students going on a mass hunger strike.

On Sunday night, a spate of arrests were carried out in order to prevent this agitation. The police are also on their toes, as there appears to be a culmination of students from across Telangana.

The police have advised that the leaders from Telangana who resigned to their MLA seats be prevented from entering the Osmania University campus as this would fuel the already tense situation over there.