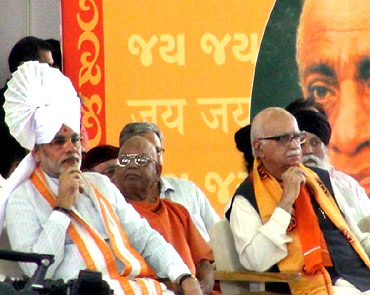 Praising Chief Minister Narendra Modi for Gujarat's development, Senior Bharatiya Janata Party leader L K Advani on Saturday said if the whole country adopted a policy of "zero tolerance" towards terrorism and corruption like him, India would rise to new heights at the global level.

"In Gujarat, there is good administration and there is zero tolerance towards corruption and terrorism. If this policy is adopted across the country, then India would rise to new heights," Advani said at Modi's three-day fast for 'peace, unity and communal harmony'.

'Modi's words will be analysed later' 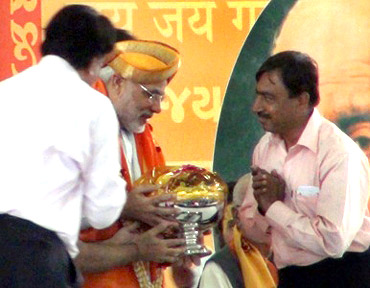 Crediting Modi for taking the state to new heights of development, he said, "Whatever he (Modi) has said about the rise of six crore Gujaratis, he is telling you the right thing. No other province could manage a growth rate of 11 per cent like Gujarat."

Commenting on Modi's speech at his fast venue, BJP leader Arun Jaitley said, "In the next few months, each and every word of what Modi has said would be analysed."

'We have a leaderless government at the Centre' 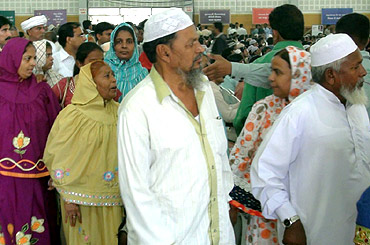 He said on one hand, Gujarat has a government which is taking the state to "new heights" and on the other hand, there was a "worrisome situation" over the atmosphere of "corruption and despair" at the central level. 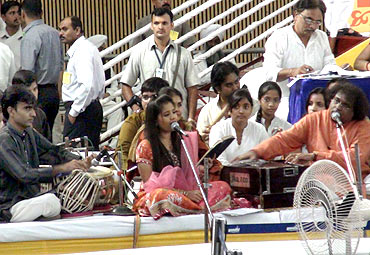 Terming Modi's fast as "historical", Jaitley said that from 2002, after facing cyclones, earthquakes and communal riots, the way Gujarat has emerged on the national scene, showcased the strength of the political leadership in the state.