For all the euphoria following the second United States-India Strategic Dialogue last month -- with the signing of agreements in areas ranging from counterterrorism to cyber-security and cooperation in trade and investment to green technologies collaboration in the energy sector -- there is growing concern in US administrational and policy circles over the Nuclear Liability Law controversy.

The law, US business has said, will make their envisaged advent into the Indian civilian nuclear energy space untenable.

At the dialogue, co-chair US Secretary of State Hillary Clinton made no bones about Washington's concern about this -- which India has said is inviolable since it was passed by Parliament -- and even personalised it recalling that she had voted for its passage at the time she was a Senator.

Robert O Blake, the administration's point man for South Asia, who was at Clinton's side during the dialogue, told India Abroad, "It's not yet an irritant, but we want to make sure that it doesn't become an irritant. We're getting now to the end game in this whole process. As you know, India is committed now to ratify the Convention of Supplementary Compensation for Nuclear Damage by the end of the year, and it's also committed to bringing its liability regime into conformance with the CSC. How it does that is very, very important," he said. 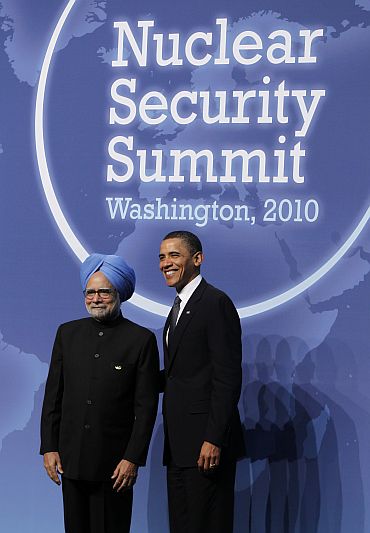 Srinagar-born Maryland resident Dr Vijay Sazawal, who has over 35 years of professional experience in the nuclear industry, said, "So much time and energy was spent on this effort that it will be a shame if we cannot make a success out of it."

Sazawal serves on the Civil Nuclear Trade Advisory Committee; is the director of government programs at USEC, Inc, a leading supplier of enriched uranium fuel for commercial nuclear power plants worldwide; and was the subject matter expert for the US-India Business Council during the time the agreement was negotiated and voted on twice in the US Congress.

"I am not a lawyer, but I have heard from many lawyers who are experts on nuclear liability, so, let me be honest about the Indian nuclear liability law -- it is contrary to the US legal perception of the CSC India has taken a contrary view, and whether the International Atomic Energy Agency will make a decision in this regard will only happen after India deposits the ratification document in Vienna -- expected around November and India finalises 'implementation rules' needed to address the implementation process for the Indian liability law." 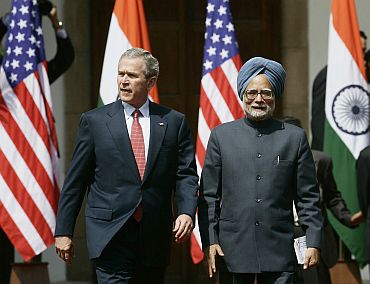 Sazawal, who is also a technical expert on the Indian three-stage nuclear program, and was the one tasked by the administration to assess how many reactors the US will sell and the jobs it will create if this deal is consummated, said, "After all these efforts are completed, what if the US lawyers still do not feel the rules result in desired level of nuclear liability protection? Can we go back and change the original law?"

"As much as I love my hard-working and well-meaning friends in the legal and diplomatic community, they absolutely show a poor understanding of the Indian political system by making an unrealistic demand. Many of these people do not know that the Indian government through the Prime Minister's Office tried to introduce changes in the bill as suggested by American lawyers during early stages in Parliament, and at every stage not only was the government rebuffed in Parliament, but changes were introduced, which made the bill even less palatable to the US legal community. So, from my perspective, even if the Indian government would be willing to give it another try, the final product will be even worse than what it is today," he added.

Sazawal said, "We need a reality check here. First, even if the law was changed to fully satisfy US lawyers, it does not mean there will be a sale of American reactors tomorrow or next month, next year, or even in the next five years."

India, he said, has a "peculiar method of finalising a nuclear contract where the price is not decided by how much the reactor costs, but how much the electricity will cost to the consumer. This change was mandated by Parliament after the Dabhol fiasco (a power project involving in Maharashtra three American companies that never took off) and has been followed up by the nuclear utility, the Nuclear Power Corporation of India Limited, scrupulously since. In fact, the French had to really give in a lot to meet the competitive power tariffs dictated by this rule during negotiations for the Jaitapur plant in Maharashtra."

He added, "Indian negotiators will put the entire supply chain -- involving literally thousands of subsystems -- under their scanner to cut the tariff rates to the bone. It also requires the US vendor to have a complete design so that all subsystems can be priced with original manufacturers and possible domestic counterparts."

'The issue was downplayed during Obama's visit' 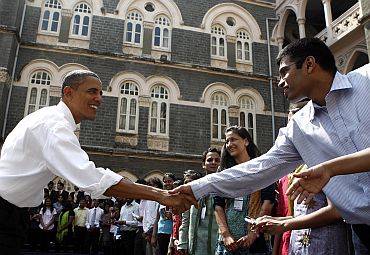 Though India believes it has fulfilled its pledge to push a CSC compliant bill through its Parliament, US lawyers disagree.

But Sazawal said, "In my conversations at the IAEA, I found out that most European lawyers consider the CSC a loose framework that does not have the detail and depth to pass the muster of black-and-white clarity that is apparent to US lawyers. Furthermore, many European and some non-governmental US lawyers argue that CSC does not meet the definition of a global or universal nuclear liability law, since it is inconsistent with the Vienna and Paris Conventions."

These conventions are based on 'legal channeling,' while the CSC and the US Price-Anderson indemnification law use 'economic channeling.'

Lisa Curtis, South Asia program director, Heritage Foundation, said, "US frustration over the nuclear liability law has been brewing for some time. The issue was downplayed during President Obama's trip to India last year in order to avoid setting a negative tone to that historic visit. Also, the nuclear liability law had been passed just three months prior to the Obama visit, which meant US officials were still studying the precise implications of the law and held out hope that the Singh government would take action to roll back the legislation."

"The administration calculated that holding back from publicly pressuring Indian leaders over the issue would provide the Singh government with more latitude to take action," she also said.

She said, "Now that US officials have had time to examine the law more closely and given that almost a year has passed since the law's passage, the administration has decided to take a different tack. Clinton was clear about her frustration over the liability issue."

'It may ultimately dent US-India ties' 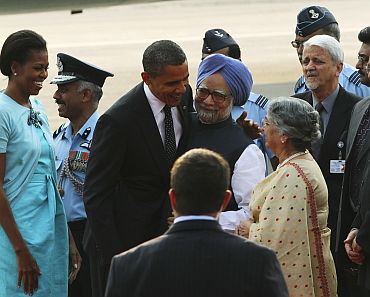 Revealing that a senior Obama administration official had told her that "the greatest concern of the US revolves around whether the Indian legal regime will be compliant with the CSC," Curtis said there was no denying that "US officials are worried that India's ratification of the CSC will not be enough to facilitate US companies' investment in India's civil nuclear industry. Hence, Clinton's recommendation that India consults with the IAEA to ensure consistency of its domestic law with the CSC."

She said, "Given the inflexibility of the Indian Opposition on the nuclear liability legislation, it is difficult to see how this issue will be resolved. Indian officials seem to believe that ultimately US companies will invest in India to take advantage of the lucrative market. But that assumption marks a fundamental misunderstanding about the importance the US attaches to the liability issue. The Indian assumption also misses a deeper point, which is that US leaders who supported the controversial civil nuclear deal now feel 'stiffed' by India's leadership."

Curtis warned, "If left unresolved, the issue has the potential to leave a very sour taste with US leaders and diminish the chances that they will be willing to stick their necks out for India in the future."

Richard Fontaine, senior fellow, Center for New American Security, who authored the CNAS's task-force report, Natural Allies: Blueprint for the Future of US-India Relations, said, "The nuclear liability law needs to be resolved for the sake of the broader US-India relationship. It represents more than the ability of US businesses to be involved in India's civil nuclear sector, though that is important. Remember that the civil nuclear accord has been the centerpiece of the transformation in bilateral relations. For it to come to naught would, indeed, represent a significant and enduring irritant in our relations."

Echoing Sazawal and Curtis, he said, "The US expended large amounts of diplomatic capital in helping bring around the members of the IAEA and NSG and others to recognise India's right to civilian nuclear development, and the administration expended political capital at home to get it through Congress twice. Now we may face the situation in which the United States has done most of the heavy lifting but only other countries -- Russia, France, etc -- are able to benefit from it. That is not a good outcome, to say the least."

He added, "The search for a 'big idea' in US-India relations is always ongoing. The nuclear deal has been the big idea, and for the sake of the relationship it needs to get across the finish line."