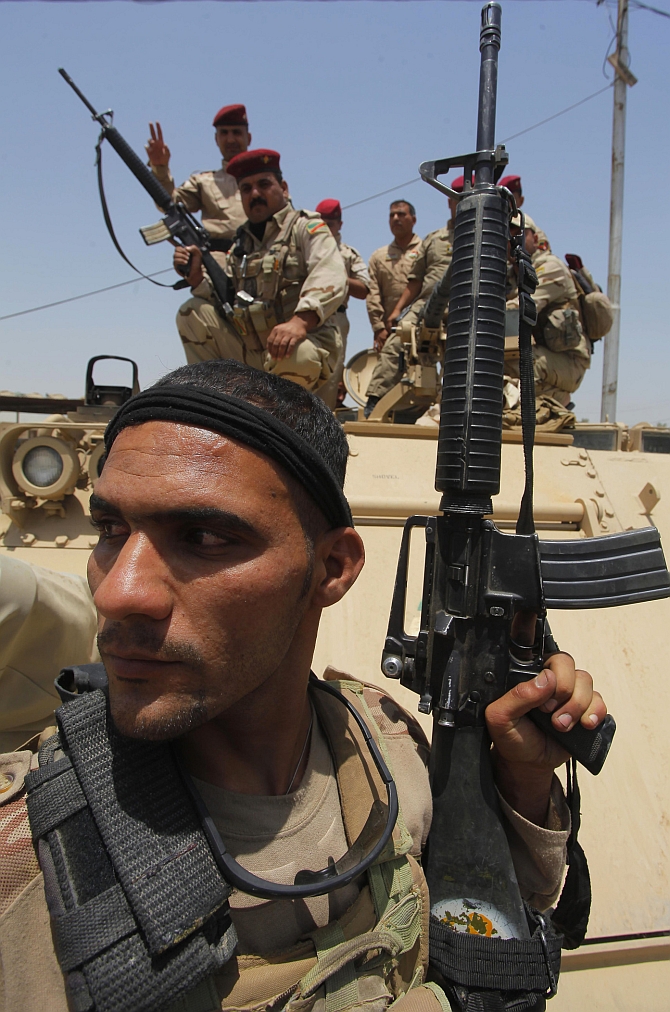 The families of nurses stranded in war-torn Iraq hint that they have been moved to Mosul; New Delhi says it’s in touch with them. Vicky Nanjappa reports

Forty six Indian nurses, who were stranded in Tikrit in war-torn Iraq, have been forced to move out by the militant outfit Islamic State of Iraq and Syria even as India is dealing with the "difficult times" with no option in sight to evacuate these nurses. Some of them have suffered "minor injuries", the government said.

Confirming that the nurses are "on road" and moving towards an undisclosed destination, the External Affairs Ministry spokesperson Syed Akbaruddin said they were moving for their own safety as there was no "freewill in a zone of conflict", indicating that they were under captivity and moving under duress.

He said that after considering the situation where there were no options as the area was not under Iraqi government's control and the humanitarian groups were unable to reach to these nurses, the ministry, in consultation with the Kerala Chief Minister Oommen Chandy and other stakeholders, advised the nurses to "proceed" as were asked.

"It is not a situation of our choice. It is a difficult situation," he said.

However, the spokesperson did not clearly say who asked them to move from the hospital in Tikrit and only added that "our embassy continues to be in touch even as they are moving to another location." 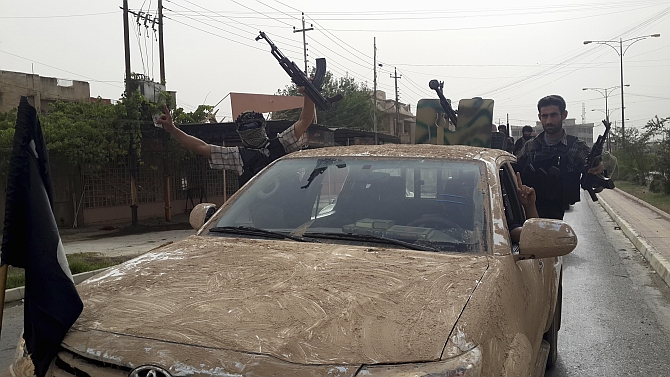 The families of the nurses complained that they have been unable to establish contact with them. The nurses have been living in the basement of a hospital for the past couple of days. The Red Cross was in touch with them and had helped them communicate with their families.

The nurses remain "unharmed", he said, adding some nurses suffered minor injuries in an incident of glass-breaking in Iraq but no one has got any major injury.

However, parents of three nurses gave contradictory views. “We are being told that they are safe, but we understand that two were hurt while trying to resist being moved out of Tikrit,” said one of the parents, requesting anonymity. 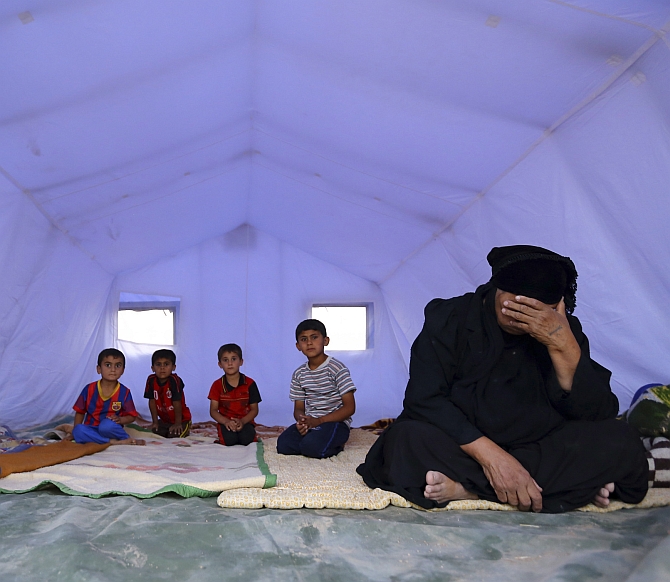 “We cannot contact our daughter. The fighting has turned intense in Tikrit and hence they may have been moved,” said another.

Families of other stranded nurses told rediff.com that some people stormed into the basement of the hospital and asked them to move. “They may have been moved to Mosul.”

The families are expected to meet the Kerala CM and ask him to expedite the process of bringing the nurses back to India. Some of the parents complained that the delay in rescuing them has resulted in the latest incident.

Another group of 39 Indian remains in captivity and was "unharmed", the MEA said. There are about 100 Indians in the conflict zone, though an exact number was not possible to give.

The spokesperson said India was not alone in working for the safety of its nationals and it has partners "inside and outside Iraq".

External Affairs Minister Sushma Swaraj had comprehensive consultations Chandy who met her seeking an effective action to evacuate the nurses, a majority of whom are from Kerala. Meanwhile, the MEA has already given air tickets to nearly 1,000 Indians to travel out of Iraq with 1,500 Indians wanting to leave and have registered with the ministry.

In Erbil also, some Indians have conveyed to MEA officers that they want to leave, the Spokesperson said.

There were about 10,000 Indians before the start of the serious strife between government troops and Sunni militants, backed by the Al Qaeda. The militants have captured two key cities and are marching towards Baghdad. Hundreds of thousands of Iraqis have been displaced in the fighting that broke out on June 10.