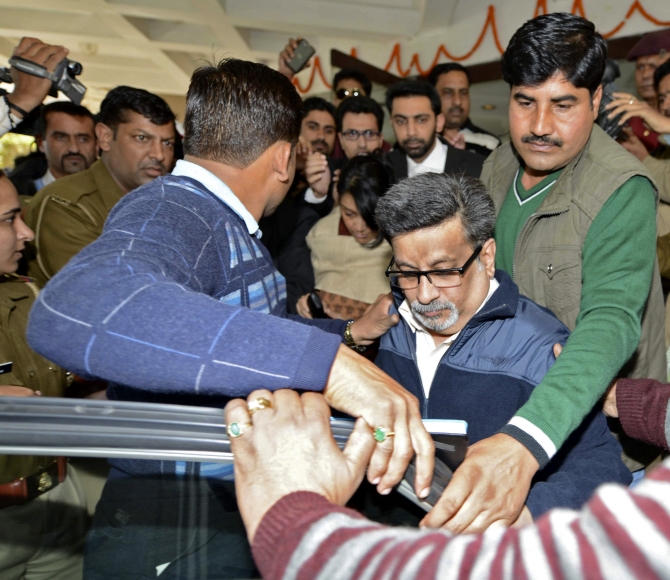 The judge has outlined 26 reasons why he found Noida-based dentists Rajesh and Nupur Talwar guilty of murdering their teenage daughter Aarushi and domestic help Hemarj. They are listed below

Of course there is no direct evidence but the Central Bureau of Investigation has placed a "clinching wealth of circumstances" from which the guilt of Rajesh Talwar and his wife Nupur has been made out for murdering their daughter Aarushi and domestic help Hemraj, judge Shyam Lal said while outlining 26 reasons for sentencing the couple to rigorous life imprisonment.

"From the evidence as tendered by the prosecution in form of oral and documentary evidence this court reaches to the irresistible and impeccable conclusion that only the accused persons are responsible for committing this ghastly crime as the following circumstances unerringly point towards the hypothesis of guilt of the accused," the 210-page order said. while pointing out 26 circumstances leading to the conviction.

1. That irrefragably on the fateful night of May 15 and 16, 2008 both the accused were last seen with both the deceased in Flat No L-32, Jalvayu Vihar at 9.30 pm by Umesh Sharma, the driver of Rajesh Talwar.

2. That on the morning of May 16, 2008 about 6.00 am. Aarushi was found murdered in her bedroom, which was adjacent to the bedroom of the accused and there was only partition wall between two bedrooms.

3. That the body of the servant Hemraj was found lying in the pool of blood on the terrace of flat no L-32, Jalvayu Vihar on May 17, 2008 and the door of terrace was found locked from inside.

4. That there is a close proximity between the point of time when both the accused and the deceased persons were last seen together alive and the deceased were murdered in the intervening night of May 15 and 16, 2008 and as such the time is so small that possibility of any other person(s) other than the accused being the authors of the crime becomes impossible.

6. That the Internet remained active in the night of the gory incident suggesting that at least one of the accused remained awake. 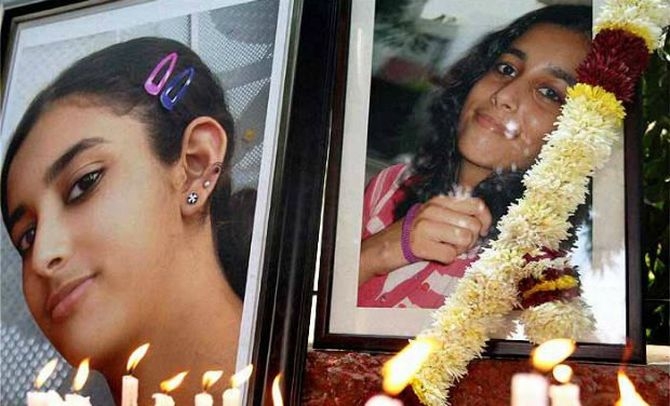 7. That there is nothing to show that an outsider(s) came inside the house in the said night after 9.30 pm.

8. That there was no disruption in the supply of electricity in that night.

9. That no person was seen loitering near the flats in suspicious circumstances during that night.

10. That there is no evidence of forcible entry of any outsider(s) in the flat in the night of occurrence.

11. That there is no evidence of any larcenous act in the flat.

12. That in the morning of May 16, 2008 when the maid came to the flat for the purpose of cleaning and mopping, a false pretext was made by Nupur Talwar that door might have been locked from outside by the servant Hemraj although it was not locked or latched from outside.

13. That the house maid Bharti Mandal has nowhere stated that when she came inside the flat both the accused were found weeping.

14. That from the testimony of Bharti Mandal it is manifestly clear that when she reached the flat and talked to Nupur Talwar then at that time she had not complained about the murder of her daughter and rather she told the maid deliberately that Hemraj might have gone to fetch milk from a dairy after locking the wooden door from outside. This lack of spontaneity is relevant under section 8 of the Evidence Act.

15. That the clothes of both the accused were not found soaked with blood. It is highly unnatural that parents of deceased Aarushi will not cling to and hug her on seeing her murdered.

16. That no outsider(s) will dare to take Hemraj to the terrace in severely injured condition and thereafter search out a lock to be placed in the door of the terrace.

17. That it is not possible that an outsider(s) after committing the murders will muster courage to take Scotch whisky knowing that the parents of the deceased Aarushi are in the nearby room and his top priority will be to run away from the crime scene immediately. 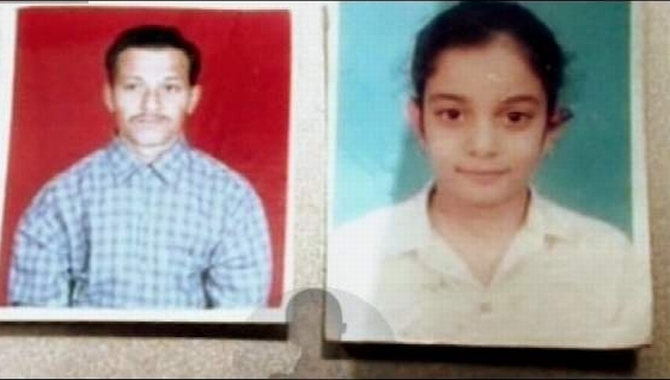 19. That the door of the terrace was never locked prior to the occurrence but it was found locked in the morning of May 16, 2008 and the accused did not give the key of the lock to the police despite being asked to give the same.

20. That the accused have taken plea in the statements under section 313 CrPC. that about 8-10 days before the occurrence painting of cluster had started and the navies used to take water from the water tank placed on the terrace of the flat and then Hemraj had started locking the door of the terrace and the key of that lock remained with him. If it was so then it was not easily possible for an outsider to find out the key of the lock of terrace door.

21. That if an outsider(s) may have committed the crime in question after locking the door of terrace and had gone out of the flat then the outer most mesh door or middle mesh door must have been found latched from outside.

22. That the motive of commission of the crime has been established.

23. That it is not possible that after commission of the crime an outsider(s) will dress-up the crime scene.

24. That golf club no 5 was thrown in the loft after commission of the crime and the same was produced after many months by the accused Rajesh Talwar.

25. That pattern of head and neck injuries of both the accused persons are almost similar in nature and can be caused by the golf club and scalpel respectively.

26. That the accused Rajesh Talwar was a member of the Golf Club NOIDA and clubs were produced by him before the CBI and scalpel is used by the dentists and both the accused are dentists by profession.