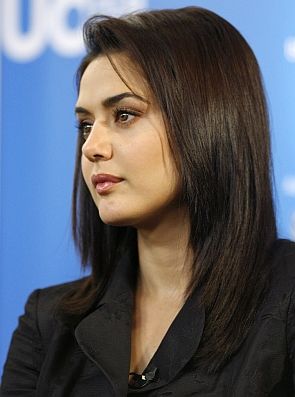 Bollywood actress Preity Zinta has submitted four photographs to Mumbai police showing bruises on her hand to back her claim of criminal assault against her ex-boyfriend Ness Wadia even as the industrialist shared with investigators the contact details of witnesses he wants examined, police said on Wednesday.

Contact details of the witnesses were sent to the police after they faced difficulty in locating them only on the basis of their names.

In her complaint to police on June 12, Zinta had accused Wadia of molesting, abusing and threatening her during an Indian Premier League match between Kings XI Punjab and Chennai Super Kings on May 30 at Wankhede stadium. Wadia and Zinta continue to co-own Kings XI Punjab team despite their estrangement.

Zinta had alleged that Wadia yelled at her and abused her before “grabbing my arm and pulling me”. The photos were apparently given to the police to substantiate the charge.

Wadia has denied allegations against him as “false”. Police have so far recorded statements of 12 witnesses named by Zinta including IPL’s Chief Operating Officer Sundar Raman, Board of Control for Cricket in India Secretary Sanjay Patel and COO of Kings XI Punjab Fraser Castellino.