President Asif Ali Zardari on Tuesday welcomed the resumption of India-Pakistan cricketing ties saying it will help "promote peace and friendship" between the two countries and their people who can enjoy some "good cricket".

Zardari made the remarks during a meeting with Pakistan Cricket Board Chairman Mohammad Zaka Ashraf, who called on him at the presidency and briefed him about the Board of Control for Cricket in India's decision to resume cricket ties with Pakistan.

"The resumption of sport ties would help promote peace and friendship between the two countries and their people," Zardari was quoted as saying in a statement issued by the presidency.

The president expressed the hope that the resumption of cricket between the two sides "would provide an opportunity to the people of the two countries to enjoy some good cricket".

He welcomed the BCCI's decision and appreciated the efforts made by Ashraf for the resumption of cricket ties between the two countries.

BCCI announced yesterday that it had decided to resume cricketing ties by inviting the Pakistan cricket team for a short series in December 2012-January 2013.

Three one-day internationals and two Twenty20 matches have been planned. The Pakistan Cricket Board welcomed the move.

Cricketing ties between the two countries were suspended after the 2008 Mumbai attacks, which were blamed on the Pakistan-based Lashkar-e-Tayiba.

Pakistani authorities are yet to prosecute anyone for the attacks.

Rezaul H Laskar in Islamabad
Source: PTI© Copyright 2022 PTI. All rights reserved. Republication or redistribution of PTI content, including by framing or similar means, is expressly prohibited without the prior written consent.
Related News: Pakistan Cricket Board, Asif Ali Zardari, Mohammad Zaka Ashraf, BCCI, Board of Control for Cricket
Print this article
India-Pakistan cricket set for revival; 3 ODIs in Dec 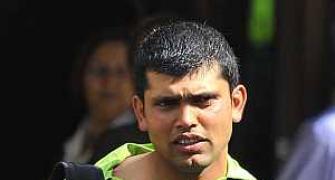 Why cricket with Pakistan is not a good idea 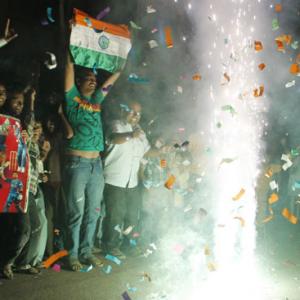