Zakir Naik will not be deported, says Malaysian PM 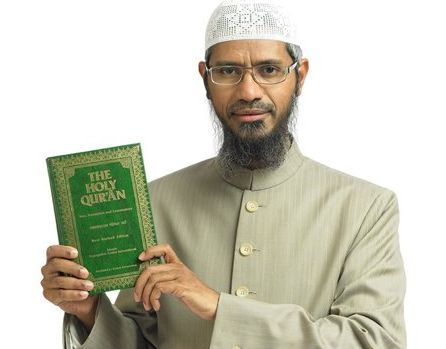 Malaysian Prime Minister Mahathir Mohamad on Friday said that controversial Islamic preacher Zakir Naik will not be deported to India.

Mahathir’s statement came a day after the ministry of external affairs said that the extradition request of Naik made by India is under the active consideration of the Malaysian government, as per the media reports.

At a weekly press briefing, MEA spokesperson, Raveesh Kumar said, “We had made a formal request for the extradition of Zakir Naik, who is an Indian national living in Malaysia, as per the extradition treaty we have with Malaysia. At this stage, our request is under the active consideration of Malaysian side.”

Earlier on Wednesday, the Inspector-General of the Royal Malaysia Police Tan Sri Mohamad Fuzi Harun refuted reports that Naik was being extradited to India.

According to New Straits Times, Harun said that no such directive has been issued so far by the Malaysian government.

“I deny any reports on efforts being made to send him (Zakir) back. I can’t comment further, but for now, he will not be sent back today,” he was quoted by the New Straits Times as saying.

The Indian government said it is yet to receive an official confirmation from Malaysia with regard to Naik’s extradition.

“The MEA had made a formal request to the government of Malaysia for his extradition this year in January and has been pursuing it through diplomatic channels. We have seen media reports regarding the deportation of Zakir Naik by the Malaysian government. We are yet to receive official confirmation in this regard from the Malaysian government,” sources said.

The National Investigation Agency, which is probing cases against Naik, too denied having any information about his return to India.

“We have no such information as of now. We are verifying it,” said Alok Mittal spokesperson of the NIA on the reports of Naik being brought to India from Malaysia.

Naik is facing charges of inciting communal disharmony and committing unlawful activities in India. The Indian government has sent a request to the Malaysian government for his extradition.

Naik is facing investigations both in India and Bangladesh after two of the suspects in the terror attack at Holey Artisan Bakery in Dhaka in July 2016 claimed that they were inspired by Naik’s radical preachings, adding that they were staunch followers of Naik on Facebook and on the Peace Television Channel. The terror attack had left 22 people dead.

The MEA has cancelled Naik’s passport and had asked Malaysia to hand over the Islamic preacher to India. Naik, had last month, petitioned the Bombay high court seeking relief against passport revocation by MEA. The high court, however, refused to grant relief to Naik.