The Bharatiya Janata Party on Monday demanded that Karnataka Chief Minister H D Kumaraswamy step down immediately as his government has slipped into a 'minority' following the resignation of 13 MLAs and withdrawal of support by an independent MLA. 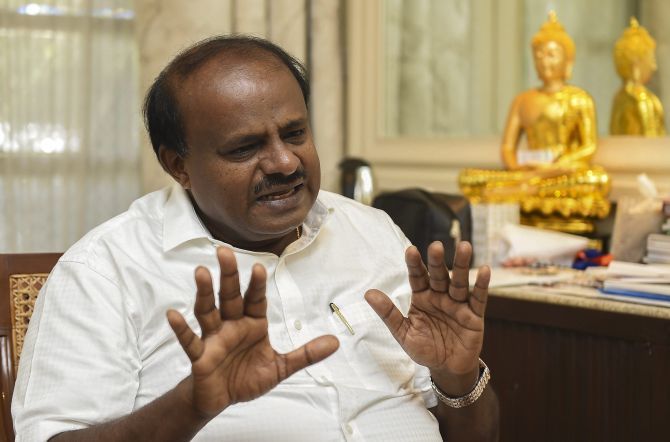 "If at all he has dignity, honour and self-esteem, or if he is aware of Karnataka's culture and traditions, he should immediately resign... Do not try to stick on to the chair. You do not have the numbers," former deputy chief minister and Padmanabhanagar BJP MLA R Ashok told reporters.

Ashok said he expected the chief minister, who returned from his US trip Sunday night, would straightaway go to the Raj Bhavan and put in his papers following the spate of resignations.

However, that did not happen and only his ministers resigned, he said.

The BJP leader said Kumaraswamy has not only lost the trust of people, but also of the MLAs and ministers.

"So Kumaraswamy has no moral right to continue in office," he said.

Echoing Ashok's views, former minister and Mahadevapura BJP MLA Arvind Limbavali demanded that Governor Vajubhai Vala immediately step in and dissolve the government, taking note of the fact that it has lost its majority.

BJP MLC N Ravikumar said the Speaker cannot hold back the resignation of the 13 MLAs for long as the disgruntled group has made it clear that they will not return from Mumbai where they are now put up.

"This government has slipped into a minority after the resignation of 13 MLAs and withdrawal of support by independent MLA Nagesh," he said.

Ravikumar said his party has gained significant strength following the developments in Karnataka.

The 13-month-old Kumaraswamy government suffered a major jolt with Nagesh withdrawing his support to it.

Nagesh has extended his support to the BJP and headed to Mumbai, BJP sources said, adding that he would join the dissident Congress and the JD-S MLAs.

"With his support, our number will go up from existing 105 to 106. We are expecting that a few others would also support us," a source in the BJP.

The total strength of the JD-S-Congress coalition after Nagesh's withdrawal is 117 (Congress-78, JD-S-37, BSP-1 and Independents-1) besides the Speaker.

If the resignation of the dissident MLAs are accepted, the coalition's tally will be reduced to 104. The Speaker also has a vote. 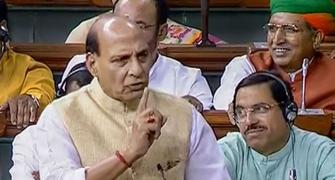 No relation with developments in Karnataka: Rajnath 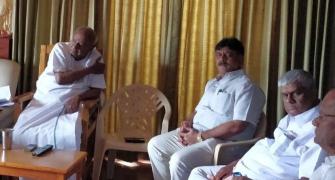 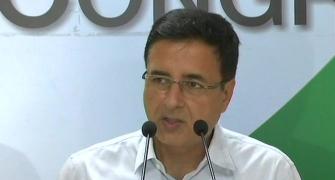 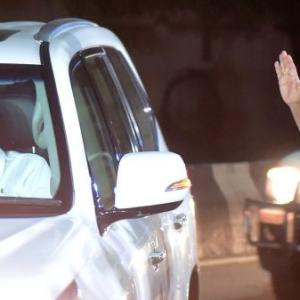 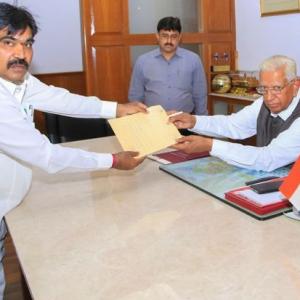