Uttar Pradesh Chief Minister Yogi Adityanath on Thursday said the country has to decide if the sweetness of sugarcane will grow or the followers of Pakistan founder Muhammad Ali Jinnah will cause mischief in the state, in a veiled attack on the Samajwadi Party (SP). 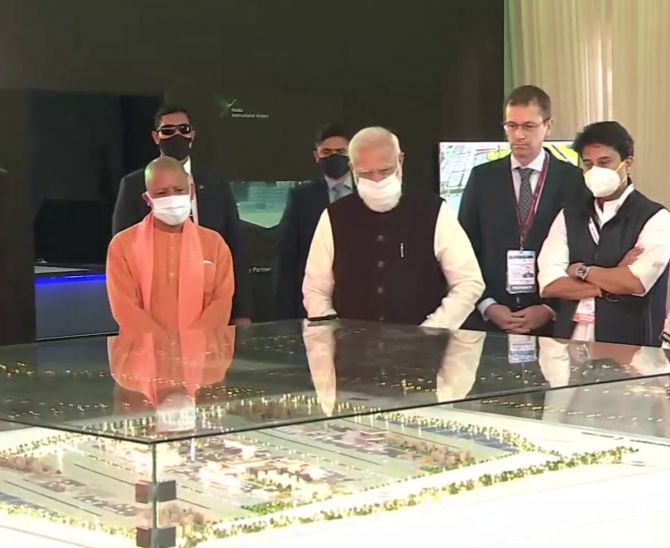 Adityanath trained his guns at the opposition as he joined the foundation-laying ceremony for the Noida International Airport in the Jewar area of Gautam Buddh Nagar in the presence of Prime Minister Narendra Modi.

He said the state is moving on the path of development and highlighted various efforts of the government. The BJP leader also thanked the over 7,000 farmers who gave consent for the acquisition of their land for the airport without any controversy.

"Some people had tried to add bitterness in the sugarcane region (western parts) of Uttar Pradesh with a series of riots. Now the country has to decide if the sweetness of sugarcane will grow or Jinnah's followers will cause mischief," Adityanath said as he addressed the gathering of thousands.

His remark had invited severe criticism from the ruling Bharatiya Janata Party (BJP), among others.

Uttar Pradesh is scaling new heights under Modi's leadership, whether it is the public welfare schemes reaching everyone without any discrimination or creating new infrastructure for development or respecting people's faith, Adityanath said.

"The whole perception of Uttar Pradesh has changed that the state can progress and develop," he added. 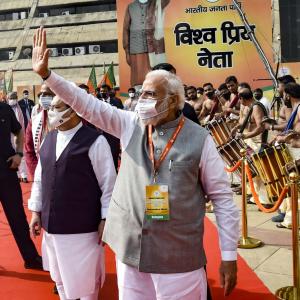