Yes, Pak was great when you were not PM: Imran Khan's ex-wife

Reham Khan, ex-wife of Pakistan Prime Minister Imran Khan on Friday slammed him and said that the people of the country should focus on standing together for cleaning the mess that Imran Khan has created. 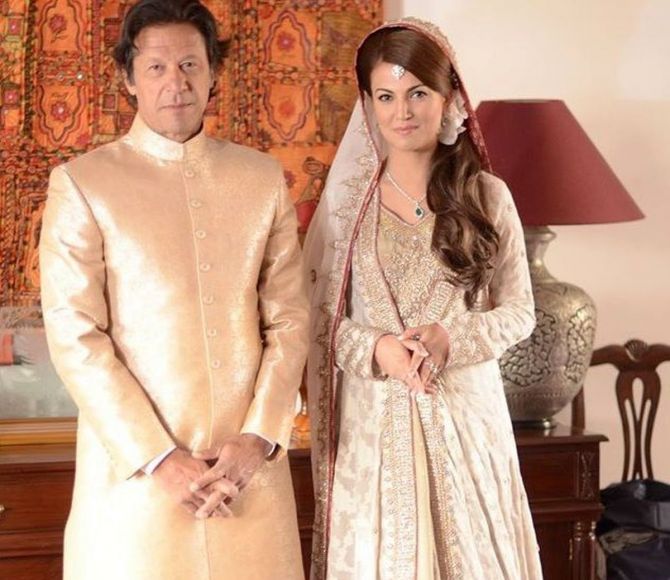 Imran Khan came to power in 2018 with promises to create a "Naya Pakistan" but miserably failed to address the basic problem of keeping the prices of commodities in control, allowing the Opposition to target his government as "inefficient".

Imran Khan's ex-wife tweeted: "Imran is history!! I think we should focus on standing together for cleaning the mess Naya Pakistan has left."

She said that what Imran Khan does not have is "intelligence and capability" as the Pakistan Prime Minister in his address to the nation said by God's grace he does not need anything as he has attained everything in life -- fame, wealth, etc.

Reham Khan, however, agreed with Imran Khan's point as he said he saw Pakistan rising to the top when he was a child.

"Yes, Pakistan was great when you were not the PM," Reham Khan tweeted sharply criticising the speech.

Pakistan Prime Minister on Thursday refused to resign saying that he will play till the last ball.

In his address to the nation on Thursday, Imran said that the rebelling legislators from his party have sold their conscience.

"Somebody asked me to resign. I will resign? I have played cricket for 20 years, and I play till the last ball. I have never given up in my life," Khan said, adding, "You will see that I will emerge stronger after the vote (on no-confidence), no matter what the result of the vote is."

In his speech on Thursday, talking about Pakistan's lost glory, Imran Khan said he saw a different Pakistan growing up. Malaysian princes used to study with him in school.

"South Korea had come to Pakistan to learn how we progressed. Middle East countries used to come to our universities. I have seen all this sinking, seen my country getting insulted," he said.

The ex-wife of the Pakistan Prime Minister has criticised him several times for his style of governance.