2015 is finally coming to an end, and it is that time of the year when we collectively reflect on all that has transpired in Indian politics during the last 12 months.

It is also the time for accolades, and awards, but ones you rather not be at the recipient of. We are of course giving these awards to celebrate the most awesome or awful achievements a person could attain.

The first award, of course, goes to Prime Minister Narendra Modi, for travelling to places no other Indian prime minister has bothered to visit in decades -- be it Ireland, Canada, or even the far-flung Mongolia.

After assuming office in 2014, Modi has made a whopping 35 foreign visits, overshadowing that of former President, Pratibha Patil.

For achieving this awesome feat of being more out than in, we present the prime minister with the Pravasi Bharatiya Award. 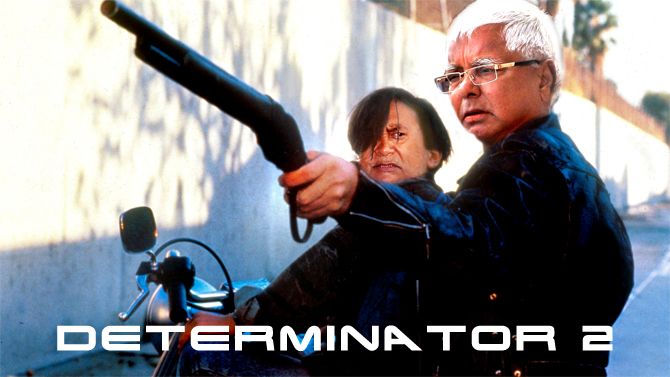 In the recently-concluded elections in Bihar, the grand alliance recorded a landslide win (178 seats with 41.9 per cent vote share) shattering National Democratic Alliance’s claim of a two-thirds majority and leaving it with a poor 58 seats (34.1 per cent vote).

For this feat, we award the duo the Chhupe Rustam Award. 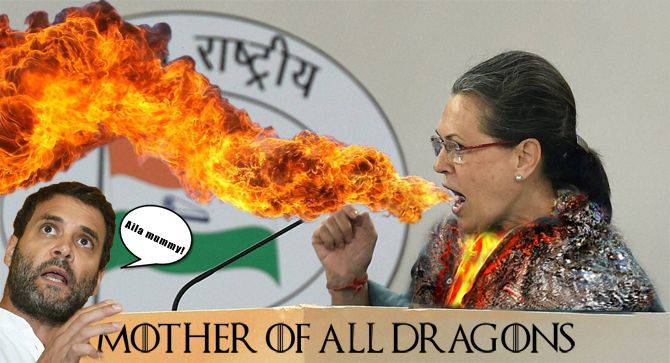 "I am the daughter-in-law of Indira Gandhi. I am not scared of anyone," a combative Congress President Sonia Gandhi thundered last month, invoking the legacy of the late prime minister in the wake of the National Herald case.

She was asked about by an unsuspecting media person her views on the Delhi high court rejecting her pleas for quashing the summons by a Delhi court in the case.

For this feat, she is presented the Badi Bahu Award. 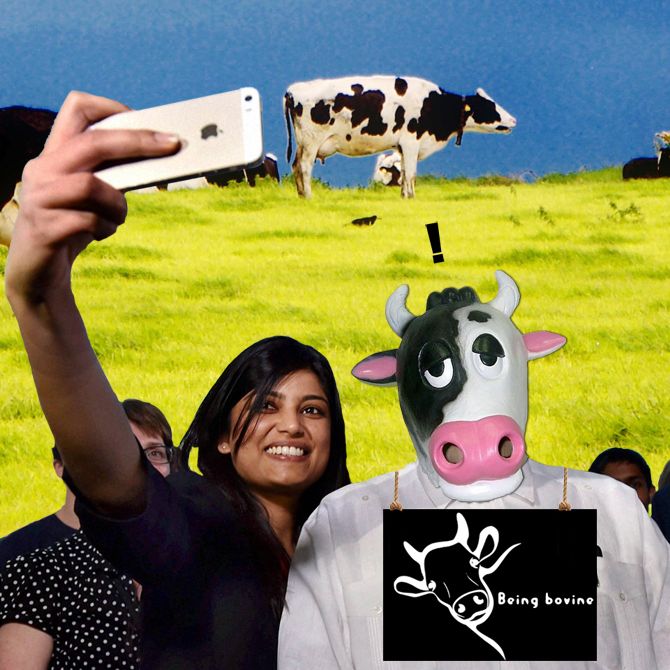 A bill initiated during the previous Shiv Sena-BJP government and has been in the making for almost 20 years on received the President's assent, making cow slaughter a non-bailable offence in Maharashtra in March.

And cow has not stopped being in the news ever since -- be it violent incidents, discussions on intolerance or disruptions in Parliament -- the cow caused it all.

So much so, that it prompted an online portal the bovine ‘personality of the year’.

Hence, the cow gets the Being Everywhere Award. Even as 2015 comes to an end, no one can ignore the Aam Aadmi party-roars that kept the national capital in top of all discussions in the country.

The party, led by Arvind Kejriwal surprised its detractors by winning 67 seats in the 70-member Delhi assembly polls in February. But just as festivities were getting over, AAP’s founder members Prashant Bhushan and Yogendra Yadav were expelled from the party’s national executive for alleged ‘anti-party’ activities.

And then, just when all had thought the storm is set to pacify and the focus at last would shift to Delhi, the Kejriwal-Jung feud surfaced.

And then came the most-unpopular odd-even formula to even out Delhi’s hazardous pollution.

We would like to present Sir Kejriwal with the Fighterman Kejri Award for being so indomitable. 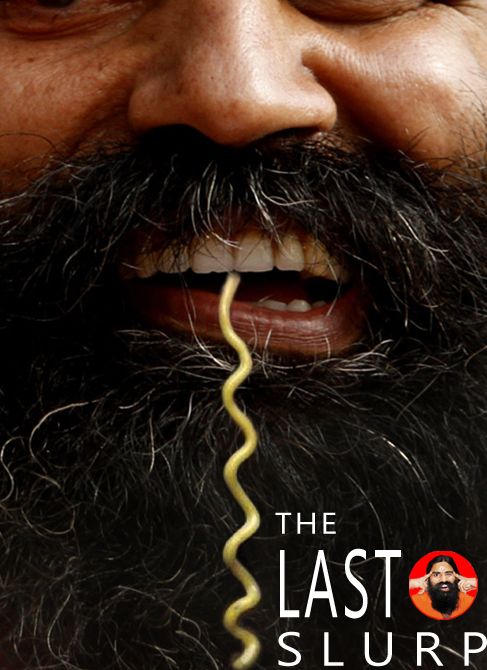 The most-popular Maggi noodles, had to be taken off the shelves after food regulator FSSAI found excess lead and taste enhancer MSG despite 'No MSG' labeling earlier this year.

This prompted Baba Ramdev's Patanjali Ayurveda to launch its own brand of instant noodles at a much lower price.

But soon afterwards, the FSSAI chairman claimed that the noodles did not have the required product approval. And to add insult to this injury, several customers came forward with complaints of dead insects found in the aforesaid noodles.

Ideally, we would have liked to award him with a pack of Maggi noodles now that they are back, but will have to make do with the Mauke Pe Chauka Award. Enough have been said about the Congress vice-president, so we will simply go ahead and hand him the Cry baby Award.