Yaseen Bhatkal: The man behind the German bakery blast

By Vicky Nanjappa
April 09, 2010 15:30 IST
Yaseen Bhatkal, a distant relative of Indian Mujhahideen founder Riyaz Bhatkal, has been named the mastermind of the Pune blast by Maharashtra's Anti-Terrorism Squad.

A blast in German bakery, one of the city's most popular eateries, had left 17 people dead and many more injured on February 13.

Yaseen hails from the coastal town of Bhatkal in Karnataka and has been involved in terror activities since 1998, say sources in the Intelligence Bureau. Surprisingly, no major cases are registered against him, and police officials have very little information.

Pakistan's Inter Services Intelligence had been expanding its network in the communally sensitive town of Bhatkal, and in 1998, it held an underground meeting in the town. Yaseen, along with Riyaz and Iqbal, attended the meeting that probably changed his life

Taking advantage of the simmering communal tension in the area, the ISI set up one of its biggest modules in India in Bhatkal, and Yaseen was indoctrinated into the spy agency's programme.

Yaseen is a civil engineer and had worked in Dubai. He, along with Riyaz and Iqbal, had purchased a plot in Chickmagalur in Karnataka. Yaseen had originally planned to set up a sports academy on it, but the plot was used to further the IM's activities, say the police.

Yaseen was instructed to remain in Karnataka and maintain a low-profile; that's why he steered clear of landing in any trouble with the police or intelligence agencies.

Between 1998 and 2006, he focused largely on setting up terror modules in Bhatkal and other parts of Karnataka. His name had cropped up briefly during the probe into the Ahmedabad serial blasts, but the police never managed to get much information.

While Riyaz and Iqbal set up terror modules across India and helped carry out the blasts in Bengaluru, Ahmedabad and Delhi, Yaseen also set up similar modules and carried on recruitment for the IM.

After Operation BAD (Bengaluru, Ahmedabad and Delhi), Riyaz and Iqbal were forced to flee to Pakistan, and Yaseen finally came to the forefront of the IM's terror operations.

Yaseen used terror modules in Karnataka to carry out the strike in Pune, believe IB officials, and add that he probably set up a terror camp at Chickmagalur.

Yaseen's role in the terror strike was revealed by Salman Ansari, an IM operative who was arrested by the police while he was trying to sneak into Nepal.

When Ansari called up Riyaz to 'congratulate' him for the Pune blast, he was told that the terror strike had been planned by Yaseen.

The police are also probing the role played by Abdul Sami, an accused in the Bengaluru blasts, who had visited Pune a couple of times before the blast. 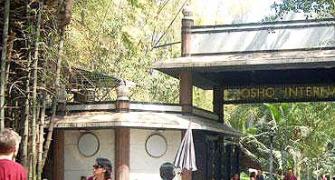 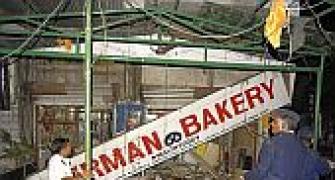 Pune blast: 'The terrorists failed to scare us' 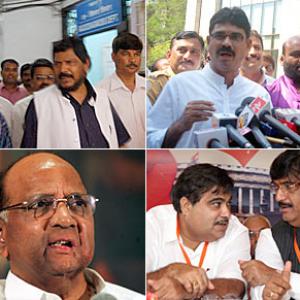 After the tragedy, a circus begins