The Delhi police has arrested six suspected Indian Mujahideen operatives in connection with three terror cases in India but to get to the bottom of these attacks they need to pin down one key man -- Yaseen Bhatkal. Vicky Nanjappa reports.

The Delhi police has nabbed six suspected Indian Mujahideen men in three terror cases -- the German Bakery blast in Pune, the Jama Masjid shootout and blast in the capital and the Chinnaswamy stadium blasts in Bengaluru. But their hunt is still on. For without the arrest of key IM operative Yaseen Bhatkal and seven others, they cannot claim a breakthrough in the case.

There are contradictory reports regarding the whereabouts of Yaseen Bhatkal, but if police insiders are to be believed he is in Chennai from where the IM cell was busted last week. In fact, he managed to give the police the slip. Reports about him escaping to Pakistan or Bangladesh are false, say sources.

Yaseen played a crucial role in the re-grouping strategy of the IM. Hailing from Bhatkal, a coastal town in Karnataka, the same as the Bhatkal brothers -- Riyaz and Iqbal -- over the years he has assumed importance in the terror module.

The CCTV footage of the German Bakery blast shows him carrying the bag laden with explosives. According to the Bengaluru police, he played a big role in the blasts at the Chinnaswamy stadium.

And though the police have enough evidence to nail Yaseen, they have never managed to nab him. During the recent Chennai operation, he managed to give police the slip and move to Tambaram. Even as the police gathered leads in the Chinnaswamy case, he hoodwinked them. This despite specific intelligence that he was very much in Karnataka and continued to stay on for a couple of days after the blasts.

While in Karnataka he operated out of a district called Chickmagalur, which has been notorious for IM operations, It was only after the stadium blasts did the police began a hunt for him, but all they gathered was that he was in Karnataka. Although slipping out of the country was the best option for Yaseen he was instructed to stay back since the IM need him time and again for their opeartions.

The German Bakery blast was only a testimony showing how important Yaseen is to the IM. After the Chinnaswamy blasts, he is said to have left for Pune and stayed there before moving to Delhi.

The police say that the last he was seen was with the other IM operatives in Chennai. The group had met to plan a attack in Bengaluru. They were coordinating with the Delhi operatives who were trying to smuggle out arms for another operation in the north, say insiders.

Nabbing Yaseen and the other seven operatives would be quite a task, especially after Danish Riyaz, who was arrested in connection with the 2008 Ahmedabad blasts, misled interrogaters. Riyaz maintained that the IM was a thing of the past and re-grouping was not on the cards. But all along he was aware of the terror outfit's Plan B.

The police are now looking to re-question Riyaz and also another operative Salman alias Chotu to find out more about these IM modules and their operations across the country. 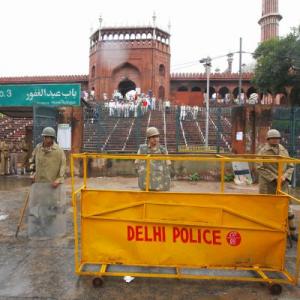