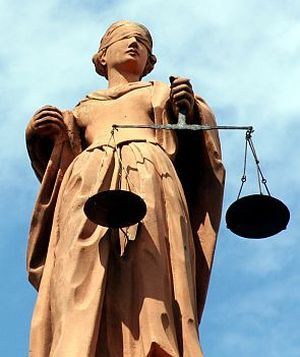 The Supreme Court's refusal to stay execution of Yakub Memon on Wednesday drew sharp reactions from legal experts with some questioning the procedure adopted in the issuance of death warrant, while others, including victims of 1993 Mumbai serial blasts, hailing the verdict.

Minutes after the pronouncement of the verdict, senior advocate Indira Jaising expressed displeasure, saying “Justice has not been done. I criticise the Supreme Court's failure to recognise that the right procedure has not been followed.”

Supporting her view, advocate Satish Maneshinde said, “It is the darkest day in the history of criminal administration of the country. They are hanging a person who brought the evidence, helped in investigation and brought his family to this country.”

The verdict has brought down curtains on the 22-year long legal battle of the victims of the serial blasts, which claimed over 250 lives and left over 700 injured.

“We welcome the verdict as we were waiting for it for the last 22 years. We feel secured by the government and are now hopeful that the main conspirators -- Dawood Ibrahim and Tiger Memon, will also be brought to book,” Tushar Deshmukh, who lost his mother in the blasts, said.

With the fresh mercy petition of Yakub pending before the president, some legal luminaries found it early to comment about his hanging, while some opined that all doors were now shut for him.

Former Attorney General Soli Sorabjee said finality has come from the Supreme Court as Yakub has exhausted all his legal remedies.

Meanwhile, the verdict rejecting Yakub's plea was met with "extreme appointment" by All India Majlis-e-Itthadul Muslimeen leader Asaduddin Owaisi who said it is a "setback". He demanded that capital punishment be also given to those who committed the "original sin" -- demolition of Babri Masjid in 1992.

Political leaders like Manishankar Aiyar of Congress, Prakash Karat and Brinda Karat of the Communist Party of India-Marxist, who were among the eminent persons including retired jurists who submitted a fresh mercy petition to President Pranab Mukherjee said he had the powers under Article 72 of the Constitution to commute Yakub's death sentence.

Branding those who opposed the death sentence to Yakub as "mentally challenged" in need of treatment, the Bharatiya Janata Party said it was wrong for "some people to have politicised the whole issue or for giving it a communal colour".

"We welcome the SC judgement. Ultimately justice has been delivered to all the victims of the 1993 Mumbai blasts. People of the country have faith in the judiciary and with this verdict, their faith has been strengthened further," the BJP’s national secretary Shrikant Sharma said.

BJP national spokesperson Nalin Kohli said the SC verdict brings finality to the entire legal process and that it would not be proper to try and go behind the decision and attribute anything to it.

Another BJP national spokesperson Sambit Patra said it is a "big day" for the victims of the 1993 Mumbai blasts and a sense of justice prevails today and termed it as a "victory" of law.

Congress saw a "conclusion of a judicial process" in the Supreme Court's decision, noting that full justice would be done to Mumbai blast victims when the government brings back Tiger Memon from Pakistan.

"Indian National Congress looks at it as shape of conclusion of a judicial process as also partial justice to the 1993 Bombay blast victims.

"Full justice would be done when the government of the day is to bring back Tiger Memon from Pakistan where he has been given shelter," party's chief spokesperson Randeep Surjewala said.

Hailing the verdict, Shiv Sena noted that all have said in one voice that Memon should not be given mercy because it is the voice of the citizens of the country.