In a carefully crafted event, 59-year-old Xi along with six newly-elected members of the Standing Committee, China's highest political body which rules the country, on Thursday night visited the "Road toward Renewal" exhibition featuring Chinese history since First Opium War (1840-1842), his first outing after he took over as the CPC chief earlier this month.

Speaking extempore, unlike the past Chinese practice of reading from prepared speeches, Xi focused much of his talk on partymen, whom he had cautioned in his previous addresses, by saying that the CPC faced the prospects of losing over six decades of power due to mounting corruption and falling ethical and moral standards.

"All comrades have to keep in mind that the path decides the destiny, which indicates how difficult it is for us to choose a right road, and that we have to continue taking this road, unswervingly," he said, emphasising that the party would stick to the reform path of socialism with Chinese characteristics, pursued by his predecessor Hu Jintao.

"Nowadays, everyone is talking about the 'China Dream'," he said, which sounded much like US President Barrack Obama's poll campaign speeches of realising the 'American Dream'.

The China Dream has conglomerated the long-cherished aspirations of the Chinese people, he said.

China has emerged as the second largest economy next only to the US and many Chinese believe the country is on course to become a world power.

Xi said it is a glorious and difficult cause to realise the great rejuvenation of the Chinese nation.

"Making empty talk is harmful to the nation, while doing practical jobs can help it thrive," he said. "We, this generation of Communists, must take what has been left to us by our predecessors as a departure for forging ahead into the future."

While putting emphasis on socialism with Chinese characteristics floated by Mao's successor Deng Xiaoping, who discarded much of the hard line policies of the Party founder, Xi took care to please the old guard by quoting Mao twice.

The quotes included the one in which Mao referred to change by saying: "But man's world is mutable, seas become mulberry fields."

"We, this generation of Communists, must take what has been left to us by our predecessors as a departure for forging ahead into the future," Xi said.

He pledged to build the party well, unite all Chinese people to build the country well and develop the nation well, in a bid to continue marching boldly towards the goal of the great renewal of the Chinese nation.

"I believe that by the time when the Communist Party of China marks its 100th founding anniversary (2020), the goal to complete the building of a moderately prosperous society in all respects will be inevitably achieved," he said.

Commenting on Xi's speech, Zhang Yiwu, a professor at Peking University, said the "China Dream" brought up and depicted by the leaders is more practical than previous theoretical slogans and one that more people can relate to.

"'China Dream' reflects the spirit and values of the Chinese people throughout their efforts in the past 100 years. It is a dream that a people develop while their country modernises and becomes prosperous," he told state-run Global Times.

Tang Chongnan, a researcher at the Chinese Academy of Social Sciences, said the rejuvenation of a major country means it has sufficiency and wealth for its people, and friendly relationships with other countries while remaining well-mannered and dignified as a big country. 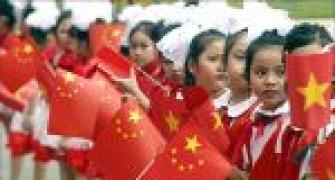 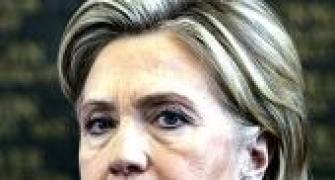 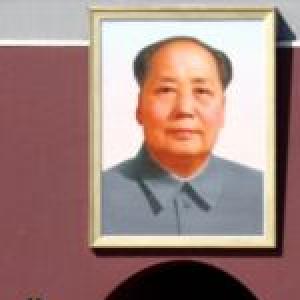