The diminutive actress and pin-up has attracted an army of fans, including 35,000 followers on Instagram, thanks largely to her revealing pictures.

She also regularly appears on TV in her native Brazil.

And she sparked a furore when she was filmed in a paddling pool, gyrating and doing the Gangnam Style dance while a male dwarf touched himself inappropriately. But she insists she's proud of who she is, specifically her size. Indonesia's anti-drugs agency has proposed building a prison on an island guarded by crocodiles to hold death row drug convicts, an official said, an idea that wouldn't be out of place in a James Bond film.

The proposal is the pet project of anti-drugs chief Budi Waseso, who plans to visit various parts of the archipelago in his search for fierce reptiles to guard the jail.

"We will place as many crocodiles as we can there. I will search for the most ferocious type of crocodile," he was quoted as saying by local news website Tempo.

Waseso said that crocodiles would be better at preventing drug traffickers from escaping prison as they could not be bribed -- unlike human guards. A daring bulldog has set a world record for skateboarding through the longest human tunnel ever, the Mirror reported.

Hilarious footage shows clever Otto successfully negotiating himself through the legs of 30 people to break the Guinness record.

The footage, filmed in Lima, Peru on Sunday, shows the bulldog being placed on the board and then rolling down the hill and though the human arch.

Not only managing to stay on the board, the clever dog is shown shifting his weight to go round bends, and even using his foot to propel himself along when he slows down.

This website charges $10 to end your relationship for you Breaking up can really get messy and if you don't want to deal with the tears, the fighting and the emotional anguish of breaking up with someone, there's a company that's more than happy to do it for you.

The phone call option only lasts one minute, and the Breakup Shop's team will reach out to the dumper for relevant details to include in their send-off.

Rush options, like a phone call needed within 24 hours, will run 10 dollars more than the no-rush option, which can take up to three days.

The site also features a "Gifts for Exes" page

'Face with tears of joy emoji named word of the year Oxford Dictionaries has named the 2015 Word of the Year, and the winner isn't actually a word. It's an emoji.

"Face with tears of joy" emoji was named the 2015 Word of the Year by the dictionary maker, and it's the first time the winner has not actually been a word.

In fact, the emoji -- also considered a pictograph -- goes by many names, but for the sake of the award, it was "the 'word' that best reflected the ethos, mood and preoccupations of 2015," the dictionary maker said on its site.

Emojis have been in use since the 1990s, but 2015 saw the biggest usage of the pictographs so far.

McDonald's University, a tougher nut to crack than Oxford Did you know of the McDonald's university which is tougher to get enrolled into than UK's prestigious Oxford and Cambridge?.

The global fast food chain, which has launched campuses across the world and gives students the chance to enrol on an intensive week-long course, only accepts 1 per cent of applicants, the Daily Star reported.

Only eight out of 1,000 students are accepted on to the course compared to 18 per cent at Oxford and 20.8 per cent at Cambridge. 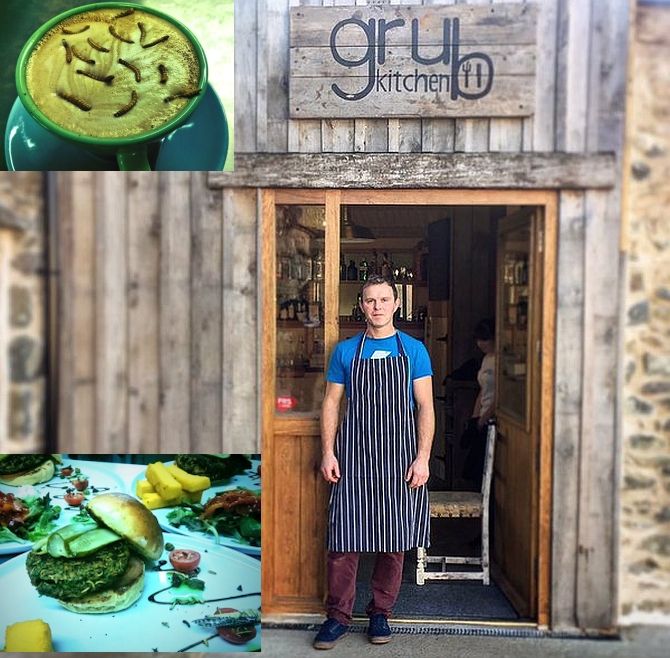 A couple of bug eaters have opened up the UK's first all-insect restaurant called Grub Kitchen in Pembrokeshire, south-west Wales.

The head chef Andy Holcroft, who is confident diners will "love" his bug-laden dishes, said "I've always been really interested in trying to do something different with food. I want to make people think about their food," the Independent reported.

The award-winning chef is a passionate advocate of entomophagy -- eating insects. He has conducted extensive market research to finesse his menu.

Holcroft revealed that his first dish was a mealworm and cricket kofte kebab and he subsequently developed the restaurant's signature bug burger, a blend of toasted crickets, mealworms and grasshoppers, mixed with spinach, sundried tomato and seasonings and experimented with more exotic nibbles, from cheesy locust croquettes to bamboo worm pad Thai curry. 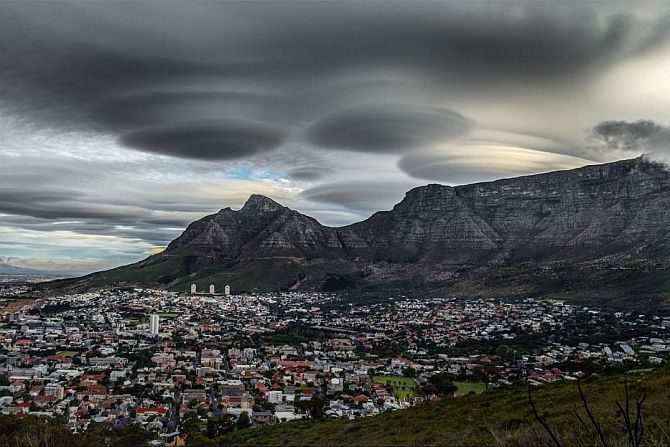 Residents of Cape Town may have thought they were seeing UFOs in the sky, but instead they were being treated to a special cloud formation, Sky News reported.

The lenticular clouds appeared over the South African city late on Sunday afternoon and photographer Kyle Mijlof was among those capturing the scene, which he described as "unbelievable".

Mijlof told Sky News the clouds started forming over Table Mountain -- about five miles from the city -- at around 3pm and his picture was taken three hours later as the formation peaked.

Sky News meteorologist Chris England said: "They are formed at the top of waves in the atmosphere caused by air going over mountains and are quite common, although more often as long bands of simple arcs."

He said the shapes are formed by either variations in humidity within the air or the originating hills being "fairly isolated peaks".

Cop stops self-driving car, finds there's no one to ticket 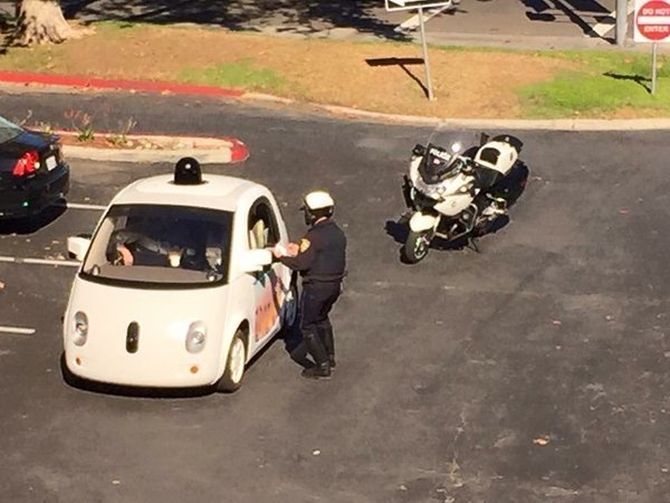 A police officer near Google's Mountain View, California, headquarters pulled over a car Thursday for driving too slowly, only to find no one in the driver's seat, the Huffington Post reported.

This episode with Google's experimental, self-driving car underscores just how difficult it is for society to embrace a technology that could be the biggest innovation in transportation since the automobile itself.

The Mountain View Police Department said in a statement: 'The officer stopped the car and made contact with the operators to learn more about how the car was choosing speeds along certain roadways and to educate the operators about impeding traffic per 22400(a) of the California Vehicle Code.'

'The Google self-driving cars operate under the Neighborhood Electric Vehicle Definition per 385.5 of the California Vehicle Code and can only be operated on roadways with speed limits at or under 35 mph. In this case, it was lawful for the car to be traveling on the street as El Camino Real is rated at 35 mph.' When it comes to obsession, people can go on to any lengths as a French couple has shelled out $440,000 (Rs 2.9 crore) to transform into Barbie and Ken.

The couple Quentin Dehar and Anastasia Reskoss, who met at a boat party in 2013, have spend the huge amount on boob jobs, four nose jobs, lip injections, butt implants and cheek fillers to look like dolls, News.com au reports.

It is said that the duo have raised the fund for all their treatments and operations from their parents.