From cutting melons on stomach to gold ice-cream, here’s the weirdest, funniest stories from the world around.

>> Man sets risky record for slicing most watermelons on his stomach Speed-slicing watermelons is not an activity for the faint of heart.

In fact, most of us enjoy our watermelons as a lazy summer day snack, best enjoyed while perhaps reclining poolside. But for daredevil fruit destroyer Ashrita Furman, there’s no better way to spend a day than slicing watermelons as fast as possible — on his own stomach — in search of the glory of a new Guinness Book of World Records title.

ABC reports that Furman brought together some assistants to help him with his goal. He ultimately prevailed in his pursuit, machete-whacking 26 of the giant melons in one minute — and all of that accomplished without injuring his own stomach, which served as the cutting board for the dangerous endeavour. 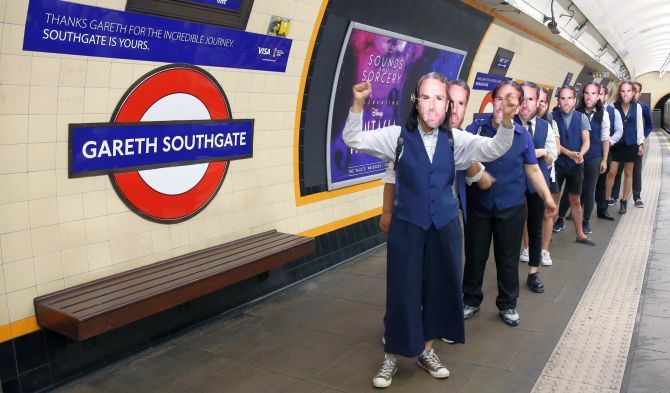 Gareth Southgate's return from a successful World Cup managing England was celebrated with the temporary renaming of an Underground station after him.

Southgate Tube station has been branded Gareth Southgate from Monday morning in a stunt to last 48 hours, Transport for London announced.

His squad's fourth place in Russia was England's best result since they also lost in the semi-final at Italia 90. London sure knows how to celebrate an anniversary.

Now TV installed a huge statue of Jeff Goldblum in a familiar pose right in front of the TowerBridge to commemorate that JurassicPark came out 25 years ago.

The statue depicts Goldblum as Dr Ian Malcolm in his most famous position — shirtless and reclining. The 331-pound statue is 9.8 feet high and almost 23 feet long and took 250 hours to create over six weeks. Fifty-three men slung their wives or partners over their shoulders and hurtled off on an hour-long race in the small Finnish town of Sonkajarvi, as thousands of fans cheered from the stands.

The World Wife-Carrying Championship, now in its 23rd year, drews thousands of visitors to the town of 4,200 and has gained followers across the world.

The idea of wife-carrying as a sport was inspired by the 19th century legend of Ronkainen the Robber, who tested aspiring members of his gang by forcing them to carry sacks of grain or live pigs over a similar course.

The championship is also said to stem from an even earlier practice of wife-stealing - leading many present-day contestants to compete with someone else’s wife.

Lithuanian parents of two Vytautas Kirkliauskas and Neringa Kirkliauskiene won the race which involved running, wading through a slippery pool and getting through an obstacle course. The two defeated six times world champion Taisto Miettinen, a Finn. 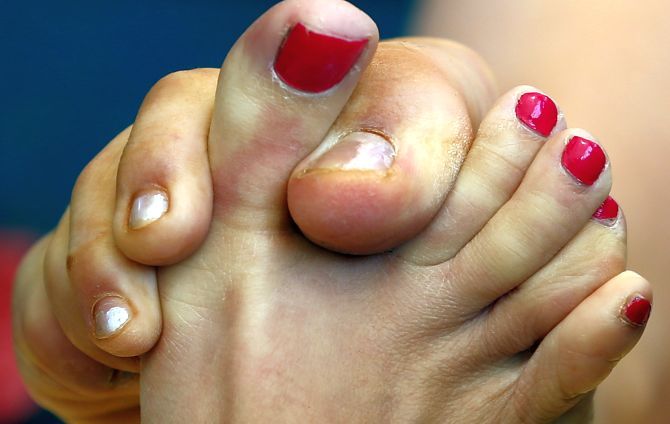 It was a case of putting your best foot forward for these contestants in a toe-wrestling competition.

Dozens of contestants went toe-to-toe at the water park in Chongqing city, China.

More than 80 participants, including children, fought hard to win the unusual – and smelly – contest.

Organisers of the event told reporters that the friendly game serves as a warm-up session to park-goers before they enter the water. ‘Our visitors always get muscle cramps while swimming, especially in their legs and feet,’ the spokesperson said. You have seen gold, learned about gold, and perhaps even dreamed of owning gold.

Now is your chance to indulge your taste bud with a little luxury – a little 24k gold/silver-layered ice cream luxury that is.