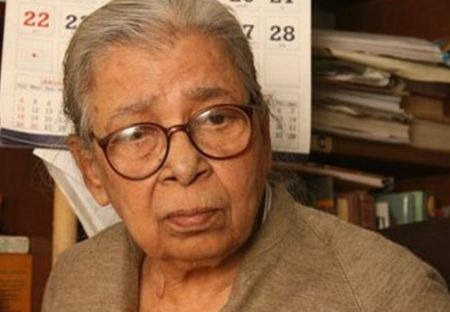 Eminent author and social activist Mahasweta Devi, whose writings focused on the marginalised communities in the country and served as the voice of the oppressed, died here today after a multi-organ failure.

“Her condition deteriorated at 3 pm. We tried our level best, but suddenly her condition became very bad and at 3.16 pm she passed away,” he said.

“India has lost a great writer. Bengal has lost a glorious mother. I have lost a personal guide. Mahashweta Di rest in peace,” she tweeted.

Awarded the Sahitya Akademi and Jnanpith awards for literary excellence, Devi helped tribals and the rural dispossessed in organising themselves in groups so that they could take up development activities in their own areas.

She founded several grassroot level societies for the welfare of tribals.