'Would've ended up dead if...': Shinde on his rebellion

Maharashtra Chief Minister Eknath Shinde has said that he and other rebel Shiv Sena MLAs would have ended up as "martyrs" had there been any "sabotage" during their coup against the party leadership. 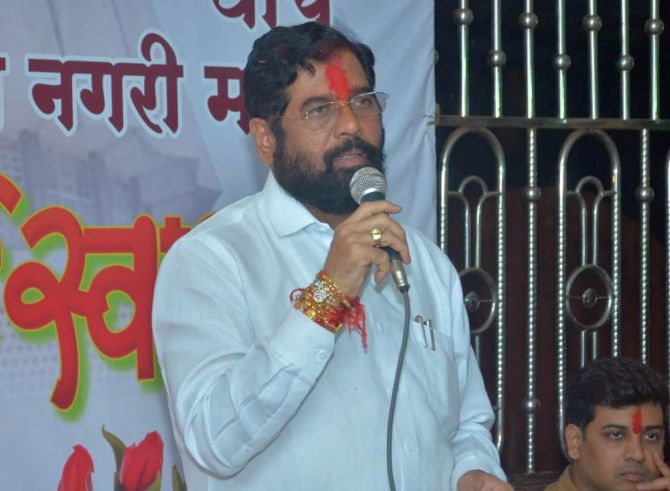 He was speaking on Thursday after visiting his native village Dare in western Maharashtra's Satara district for the first time after becoming chief minister.

In a bold move that brought down the government headed by Sena chief Uddhav Thackeray, Shinde and other Shiv Sena MLAs supporting him left Maharashtra in the third week of June and camped in Guwahati for almost ten days.

Referring to the episode, Shinde said he was not worried for himself, but was aware that he had the responsibility of 50 MLAs.

"Till the last moment everyone was keeping the fingers crossed. Had there been any sabotage, we would have been martyred," the chief minister said.

Speaking at the same program, he assured that the issues related to the rehabilitation of the people affected by the Koyna dam project will be resolved on a "war-footing".

The Dare village, where Shinde did his primary schooling before shifting to Thane, is among the ones affected by the Koyna irrigation and hydroelectric project, constructed in the 1960s.

Decisions will also be taken to improve the connectivity between western Maharashtra and Konkan, the chief minister said.